The Kind of Face You Slash - Day 11: And Then He Just Cried Again 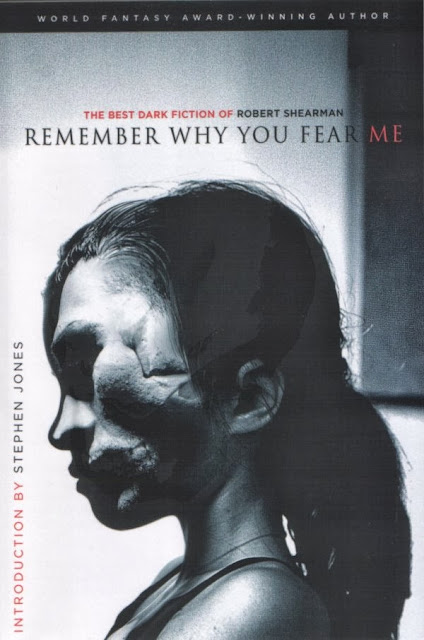 Genre writers deny that they are genre writers when they've convinced themselves -- and they may even be right about this -- that their fiction doesn't conform to whatever collection of formulas the writer has -- and they may be quite justified in doing so -- associated with the genre from which this writer is trying to separate himself.  And who am I, or indeed who is any of us, to tell any writer that they must be defined and categorized a certain way?  But this attitude represents a short-sightedness on the part of not just this hypothetical writer (not really hypothetical, there's a whole guy I'm getting ready to talk about), but of critics, those who focus their analysis on a particular genre and those who look down upon it from what they consider a great height, writers who adhere to formula and writers who disdain genre for that practice, and readers who have an idea of what genre needs to be.  All of this stuff generally doesn't gang up and kill a genre -- for the sake of argument, let's pick, say, horror -- but it inevitably leads to complacency and stagnation, and it can justify snobbery.  I know I said "let's pick horror" and everything, but Kurt Vonnegut worked hard to remove himself from the drawer of science fiction (a drawer he complained was too often used as a urinal) not by not writing science fiction, but by simply insisting upon it, and critics were happy to give him a hand out of there because they frankly preferred the separation of "Literary" and "genre" to stay in place.  It becomes too complicated otherwise.

The introduction to Remember Why You Fear Me:  The Best Dark Fiction of Robert Shearman is called "Not Really a Horror Writer," and in it editor Stephen Jones talks about his relationship with Shearman over the years, focusing primarily on his many attempts -- successful attempts, I should clarify -- to get Shearman to write something for one or another of Jones's many horror anthologies.  The argument was typically "I don't really write horror, I can't write to a specific theme, my stuff always turns out funny."  In fairness to Shearman, and at least according to Jones, he's never claimed he wasn't a genre writer, which would be a hard thing to deny as he's most famous for writing an episode of Doctor Who that brought Daleks back to the series, all of which you'll understand if you're a nerd, but rather that he's not a horror writer.  Jones presents this affectionately as a kind of stubborn denial, but it cheeses me off a little bit, if for no other reason that, at it's core, this attitude is rather condescending.  "Horror writers write stories like this, but now I write stories like this," kind of thing.  And despite a bit of a rough start, frustrated horror fan that I am, I'd like to have Shearman on my side.  I read two stories for today, "Damned if You Don't" and "Featherweight," both stories that I think are, by the end of each, undeniably part of the horror genre; they're just not the same part you're used to.

Regarding that rough start, "Damned if You Don't" starts rough.  If I have a big concern about Shearman at this early stage, it's that he's not as funny as he thinks he is (though one of his story collections is called Everyone's Just So So Special, which appeals to me enormously).  The story begins in Hell, where a damned soul named Martin is first seen addressing a demon at the Complaints Department because he, Martin, would like a new roommate.  Did you guys catch that this is a Complaints Department in Hell?  And what is this about roommates??  What is even going on!?  This kind of humor, the humor of easy incongruity, is not at all uncommon in the fantasy genre -- Terry Pratchett is to blame, if you care to blame anybody, but Pratchett is both good at it and funny in other ways, as well.  These are the pitfalls of influence, and Shearman falls right in.  The roommate he's trying to replace, by the way, is a dog -- a talking dog! -- named Woofie, and it is eventually revealed that Woofie is in Hell because he was Hitler's dog.  Hitler's dog can talk!  But I'm being unfair, because for all my exasperation at this old "demons who talk like us!?" nonsense (guys, hold up, check this out:  there's a Virgin Megastore in Hell) the fact that one of the main character's is both a dog and Hitler's dog is not at all irrelevant.  And it's when this element of "Damned if You Don't" gets beyond the tired jokes and into the next chunk of the plot that the story twists itself into something I've never read before.

In his introduction, Stephen Jones calls "Damned if You Don't" "one of the most disturbing, funny, and surreal stories I have ever read."  Leaving out the funny part, and setting "disturbing" aside as something that is more subjective than most effects a horror story can aim for, we're left with "surreal," and I agree with Jones on this one, but what's interesting is that the surrealism isn't achieved through phantasmagoric prose or imagery, but through actual plot.  Where the story seems to be going is not at all where the story is going -- I don't want to spoil it, because the pleasure of "Damned if You Don't" comes from the unwinding of the unusual narrative, but I will say that the action shifts out of Hell and back to our world (Hell is overcrowded, if God ever existed He's gone now, so the gates of Hell are opened:  "I wouldn't be surprised if the whole thing hasn't shut down before too long," says Woofie) and the comedic elements begin to fade.  It reads like a story written with no end in mind, with only a very, very basic concept -- perhaps someone going to Hell's Complaint Department -- and Shearman simply made it up as he went along.  This is a not uncommon practice (supposedly Elmore Leonard wrote that way), but it rarely produces something this tonally and narratively off the wall.  Of course, I have no idea if Shearman produced his story this way, but the absorbing "anything goes" nature of it makes me wonder. 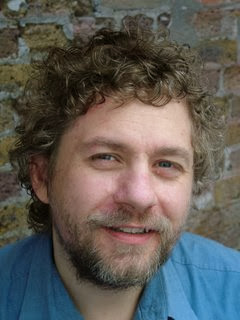 The other story I read, "Featherweight," is less concerned with trying to be funny, which is all to the good, and it, too, is thoroughly unusual.  Harry and Esther, a married couple, are traveling by car through Scotland on their anniversary when they get into a terrible accident.  Harry is pinned in agony behind the steering wheel and Esther, though alive, is bloodied and has a concerning twist in her neck.  She goes in an out of consciousness, though, and when she's awake she's lucid.  She feels no pain and can't move her arms ("I still have got arms, haven't I, darling?"), but she's with it enough to wonder, as Harry has wondered about himself, why she's not more scared.  Also, while she feels no pain, she does itch quite a lot, on her back, due to, she tells Harry, feathers.  "The feathers are tickling me."

So maybe not so lucid?  No, she's lucid.  The situation seems hopeless, and the two of them are trapped over a period of several days, to the point that starving to death becomes a concern. This bothered me a good deal because they'd both die of thirst well before that happened, but they're never shown drinking anything.  Do your research!  Although I guess it's a thematic thing, as, if you read it, you'll see, but that's no excuse.  Or not much of one, but I did like the story because, well, one night Harry hears a tapping on the car's back window.  He hopes it's a farmer, but we eventually learn that it's no such thing, but rather a cherub, a beautiful, perfect, be-haloed flying baby.  Harry asks if it can help, but:

And then the cherub opened its mouth.  And it wasn't a sigh, it was a hiss.  Hot breath stained the glass; Harry recoiled from it.  And the teeth were so sharp, and there were so many, how could so many teeth fit into such a small mouth?...The child attacked the window, it gnawed on the glass with its fangs...It glared, those bright eyes now blazing with fury, and the hissing became seething...

So Shearman doesn't write horror because it doesn't fit in with horror as it exists today.  Maybe if Shearman had been writing many decades ago, before the horror boom of the late 70s and early 80s homogenized the genre, when expectations for what horror was and could be had no particular agenda behind them, he'd have felt more comfortable with his place within it.  In truth, I can't exactly blame him -- if science fiction was a drawer people pissed in, horror is a drawer people shit in.  But it won't change if the original creative talents keep distancing themselves.  And despite my complaints here, Robert Shearman is an original, creative talent.
Posted by bill r. at 1:18 PM

Labels: Remember Why You Fear Me, Robert Shearman, Stephen Jones, The Kind of Face You Slash

The situation seems hopeless, and the two of them are trapped over a period of several days, to the point that starving to death becomes a concern. This bothered me a good deal because they'd both die of thirst well before that happened, but they're never shown drinking anything.

Yikes. That's about where I'm likely to stop reading, unless the writing itself is so bloody amusing that I don't care what it's actually about. And that's pretty rare.

Great points about horror-averse horror writers. Part of it might be a sincere desire not to be pigeonholed ("Most of what I write isn't horror."), but there's just as likely to be an element of snobbery to it ("Horror? Pffft. Puerile trash."). I don't know this guy's work, but that "Best Dark Fiction" title just sounds like a slightly awkward, if more tasteful substitute for the directness of "Best Horror Stories" of so-and-so.

Honestly, I have nothing against horror whatsoever. Clearly I don't. I wrote a horror collection! But my background is mainly in writing theatre comedy - and that's what Steve Jones is alluding to, the way that when I was first commissioned by him I was rather baffled that he even thought I could do it. I was delighted to be given the chance.(There's another story in the book - the fictional afterword, Merely a Horror Writer - which bounces off Steve's introduction, and is an MR Jamesian tale of academic snobbery about horror.)

I know it's not done to defend your work from criticism, and please, say what you like about my stories. Clumsy as they may well be! But I adore horror, and I spend a lot of time in academic circles trying to say exactly why the horror genre is such a noble one, and challenging the snobbery you accuse me of. :)

Thanks for checking in. I probably overstated my case, but it's not that I think you have anything against horror, just that you denied writing it in the same way, as I said, Vonnegut denied writing SF, even though that's what he wrote. But it bothers me probably a bit less than I let on.

Also, I may have picked some nits, but I liked both your stories.