The Collective Failure is Complete: The Books of 2020

Hi! What a great year it's been, for literally everybody! So here we go again, my list of the best books I read over the last twelve months. The body of the post highlights my favorites (in no particular order, except for the last few, which are my extra-special favorites), and after that is the complete list. As ever, just because I didn't highlight it, that doesn't mean I didn't like it. It's just that one must draw the line somewhere. Onward! 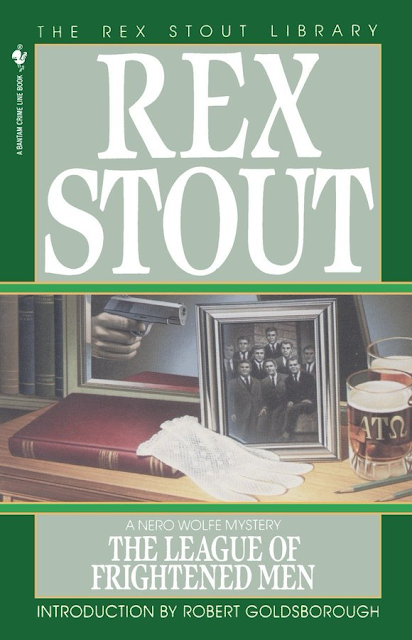 The League of Frightened Men by Rex Stout - Only my second Nero Wolfe mystery, but surely not my last. The most purely entertaining novel I read all year. 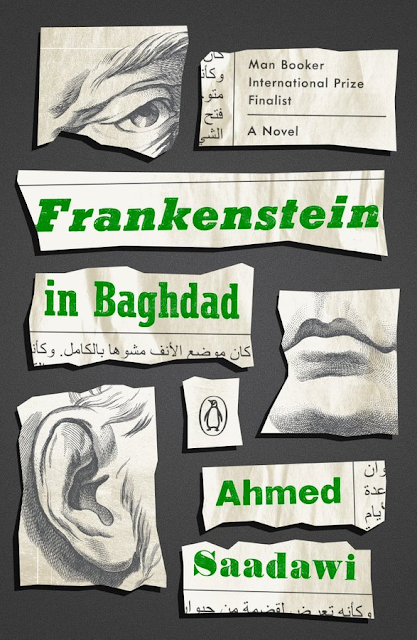 Frankenstein in Baghdad by Ahmed Saadawi - A strange, complex novel that is at once about what it seems to be about, but also a look at daily life in modern Baghdad (marred by occasionally clumsy translation). 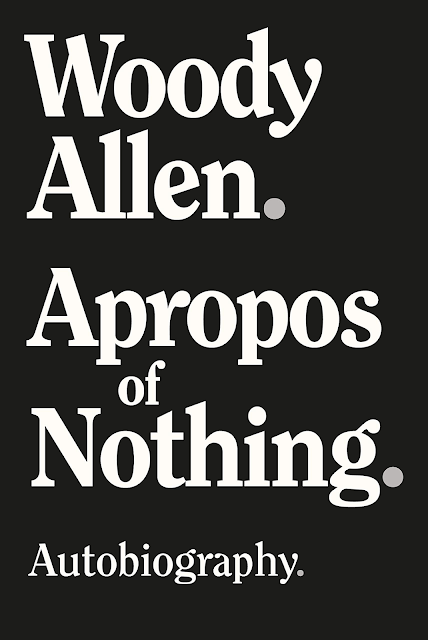 Apropos of Nothing by Woody Allen - Wrote about it here. 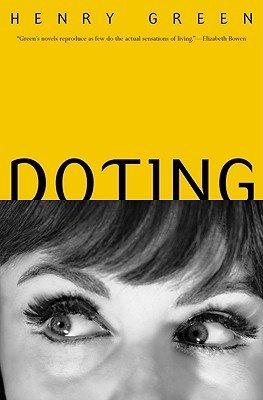 Doting by Henry Green - Not one likable character, which is perfectly all right. Repetitive, which is the idea. 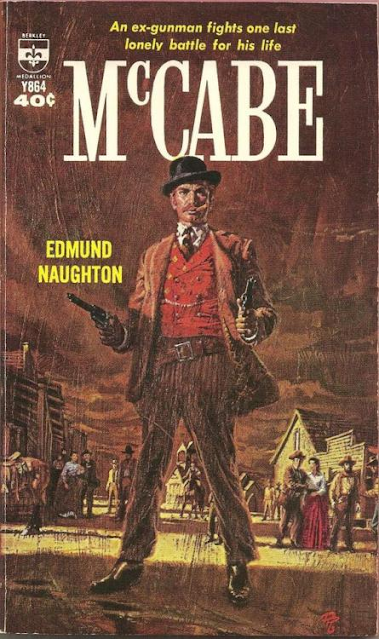 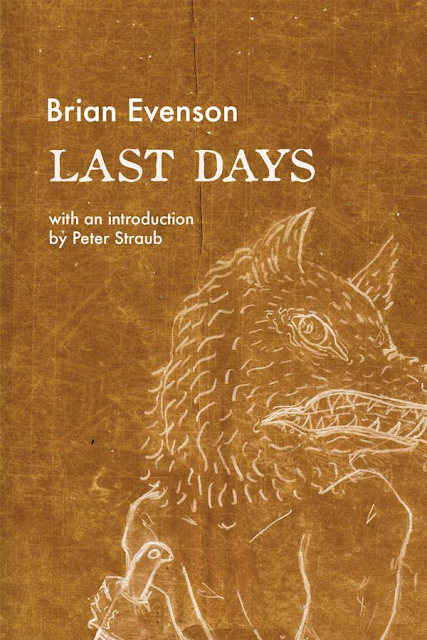 Last Days by Brian Evenson - About a sort of dismemberment cult. A cerebral, queasy, a horror novel for our times. 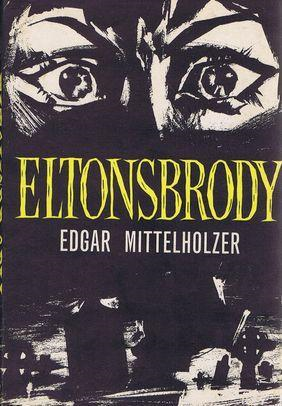 Eltonsbrody by Edgar Mittelholzer - This pioneer (so I'm told) of West Indian literature also dabbled in horror fiction. This one's very much imperfect, but the horror itself is both blood-curdling and cruel. 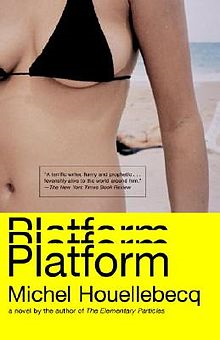 Platform by Michel Houellebecq - This novel about terrorism and sex tourism doesn't give a fuck to a quite extraordinary degree. 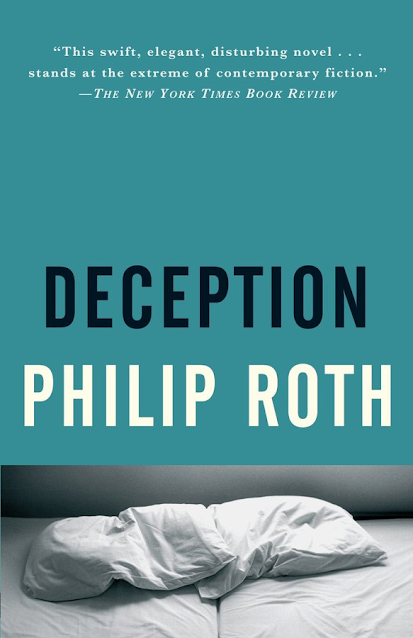 Deception by Philip Roth - A sort of meta-novel about a man and a woman, told entirely through dialogue. It's maybe no surprise that my favorite parts were when Roth takes a flamethrower to certain political hypocrisies. 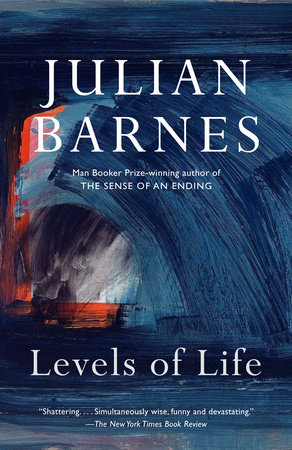 Levels of Life by Julian Barnes - Novel, history, memoir of grief, all in one slim volume. One of the most terrifying books I've ever read. 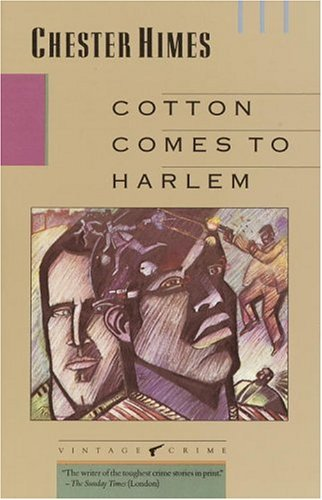 Cotton Comes to Harlem by Chester Himes - Maybe the best in the series since The Real Cool Killers, although I got the order mixed up and accidentally skipped The Heat's On. So grain of salt, etc. 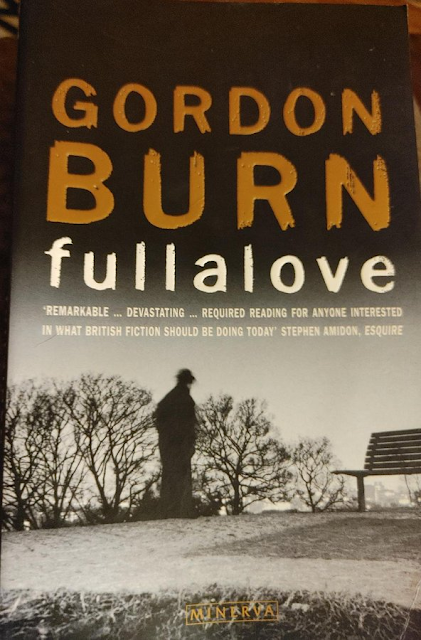 Fullalove by Gordon Burn - One of the most savage novels I've ever encountered, so bleak that I almost wish I'd never read it. It makes tabloid journalism seem kind of sleazy, actually. 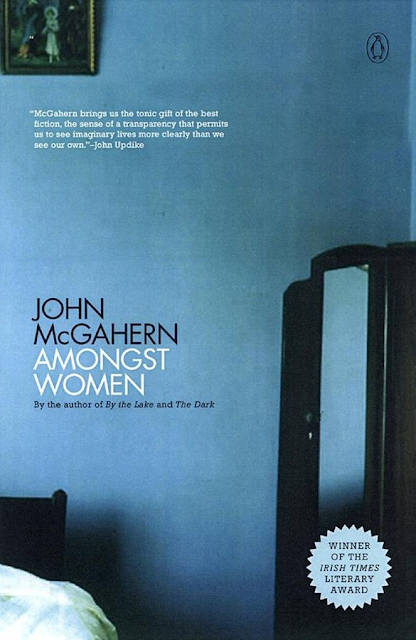 Amongst Women by John McGahern - Sad in a way that made me want only happiness for everybody, including the person who caused the most unhappiness. 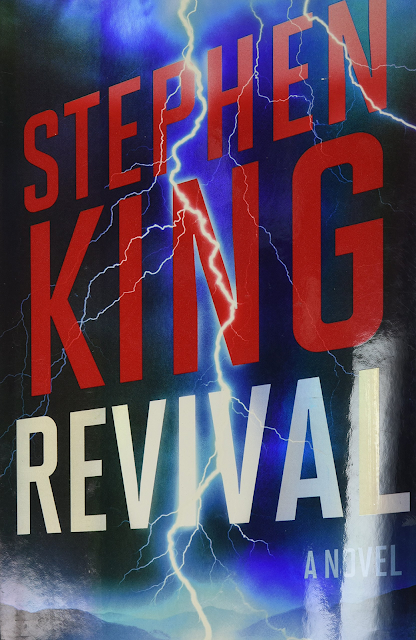 Revival by Stephen King - As black as Pet Sematary, horror in its purest form. Bleak. I mean, bleak. One of his best. 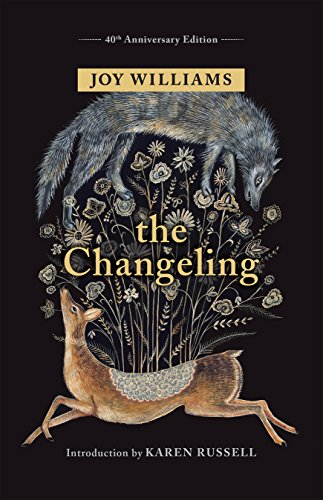 The Changeling by Joy Williams - One of the strangest, eeriest novels I've read, primal and insane, exuberantly sad, chilling and free. 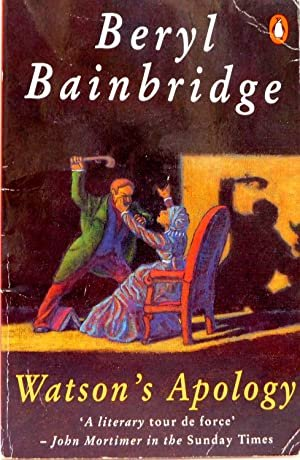 Watson's Apology by Beryl Bainbridge - A novel based on the true-life murder of a woman by her husband in Victorian London. Almost queasily empathetic. 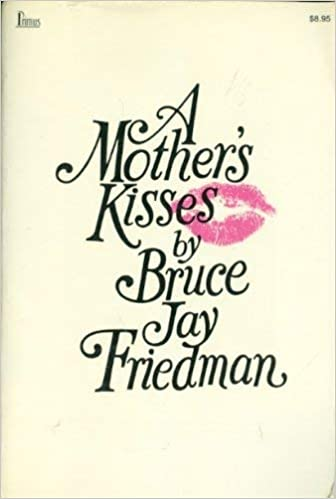 A Mother's Kisses by Bruce Jay Friedman - A quite funny novel about a kid in New York, his loony parents, summer camp, and the like. I really should read more books like this. 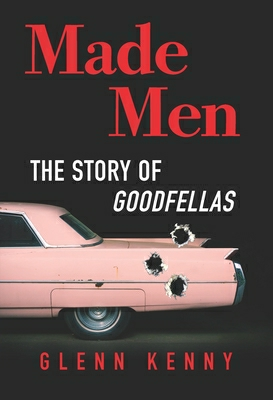 Made Men: The Story of Goodfellas by Glenn Kenny - Rich, encyclopedic, funny, unique. It made me want to immediately rewatch a film I've seen dozens of times. Now do Casino. 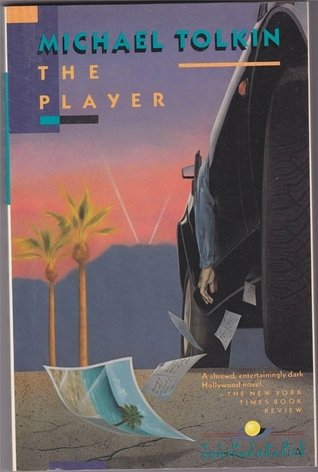 The Player by Michael Tolkin - Speaking of novels that are the basis for Robert Altman films, this one is sharper, more disturbing, and better than that movie. 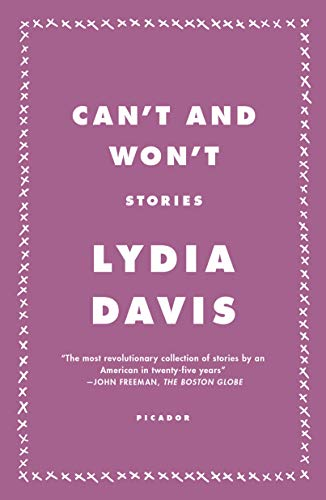 Can't and Won't by Lydia Davis - Lots of stories featuring seafood. Good ones, too. One story, not one of the seafood ones, made me cry. Maybe two other books have done that to me in my entire life. 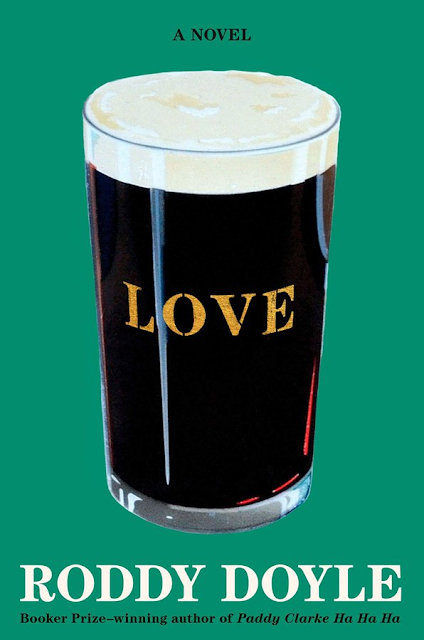 Love by Roddy Doyle - I absolutely raced through this. One of the best novels about the titular emotion I've read. And just when I thought he'd gone as far he could go with his premise but with too much book left, Doyle writes an ending for the ages. 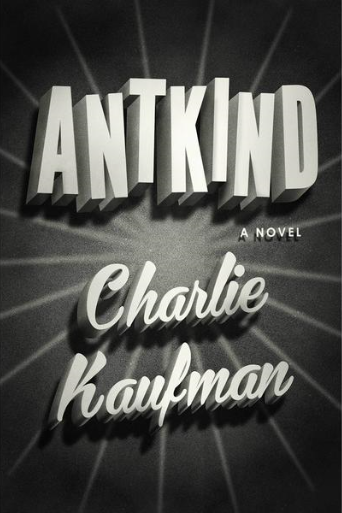 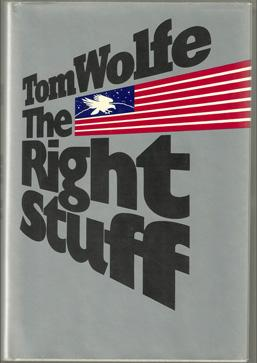 The Right Stuff by Tom Wolfe - Wrote about it here. 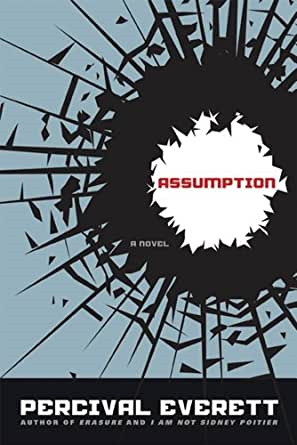 Assumption by Percival Everett - This compelling, bleak crime novel ends on such a note of strange horror that I had to think back on the small strangenesses i'd noticed earlier in the book and wonder "what have I been reading?" Unforgettable. 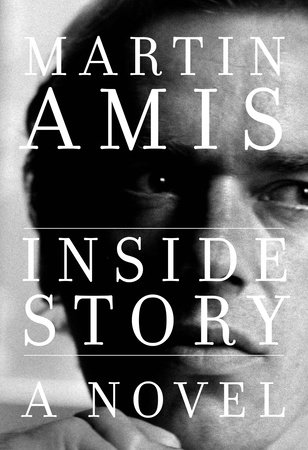 Inside Story by Martin Amis - One of Amis's great books, up there with London Fields and Money and Time's Arrow and The Zone of Interest, this strange, intimate epic is part novel (but which parts?) and part memoir (but which parts?), focusing on his relationships with Saul Bellow, Philip Larkin, and Christopher Hitchens, and the deaths of each of them. I don't want to talk about it anymore.
McCabe by Edmund Naughton
Platform by Michel Houellebecq
The Whitsun Weddings by Philip Larkin
Doppelgänger by Dasa Drndic
Sphere by Michael Crichton
Bereavements by Richard Lortz
Levels of Life by Julian Barnes
Learning to Swim by Graham Swift
The Gallery by John Horne Burns
The Breakout by Donald E. Westlake
The Falconer by Alice Thompson
Burning Secret by Stefan Zweig
Frankenstein in Baghdad by Ahmed Saadawi
Doting by Henry Green
Curious Toys by Elizabeth Hand
Equal Danger by Leonardo Sciascia
By Grand Central Station I Sat Down and Wept by Elizabeth Smart
Apropos of Nothing by Woody Allen
Last Days by Brian Evenson
Deception by Philip Roth
The Getaway by Jim Thompson
Small Crimes by Dave Zeltserman
Here We Are by Graham Swift
Michael Kohlhaas by Heinrich von Kleist
Cotton Comes to Harlem by Chester Himes
Sisters by a River by Barbara Comyns
Shirley by Susan Scarf Merrell
The League of Frightened Men by Rex Stout
Eltonsbrody by Edgar Mittelholzer
A Mother's Kisses by Bruce Jay Friedman
Assumption by Percival Everett
The Animal Factory by Edward Bunker
A Night at the Movies by Robert Coover
White Chappell, Scarlet Tracings by Iain Sinclair
The Chain by Adrian McKinty
After Claude by Iris Owens
The Underground Railroad by Colson Whitehead
Foe by Iain Reid
Weather by Jenny Offill
Lanny by Max Porter
Bleeding Edge by Thomas Pynchon
Antkind by Charlie Kaufman
God Save the Child by Robert B. Parker
A Diet of Treacle by Lawrence Block
Can't and Won't by Lydia Davis
The Player by Michael Tolkin
Kiss of the Wolf by Jim Shepard
Cows by Matthew Stokoe
The Changeling by Joy Williams
The Giant Rat of Sumatra by Richard L. Boyer
Revival by Stephen King
Made in Miami by Charles Willeford
Nobody Runs Forever by Donald E. Westlake
Down and Out in Paris and London by George Orwell
Ask the Parrot by Donald E. Westlake
Watson's Apology by Beryl Bainbridge
Tales of Muffled Oars by Magnus Mills
Dirty Money by Donald E. Westlake
The Chemistry of Tears by Peter Carey
Amongst Women by John McGahern
The Last Kind Words Saloon by Larry McMurtry
Made Men: The Story of Goodfellas by Glenn Kenny
The Right Stuff by Tom Wolfe
Erasure by Percival Everett
My Work is Not Yet Done by Thomas Ligotti
Love by Roddy Doyle
The Less Deceived by Philip Larkin
Fullalove by Gordon Burn
The Silence by Don DeLillo
Inside Story by Martin Amis
Ma Rainey's Black Bottom by August Wilson
A Severed Head by Iris Murdoch
Interior Chinatown by Charles Yu
Mr. Paradise by Elmore Leonard
The Dead Look On by Gerald Kersh
The Last by Hanna Jameson
Appointment in Samarra by John O'Hara
Posted by bill r. at 5:08 PM 3 comments: