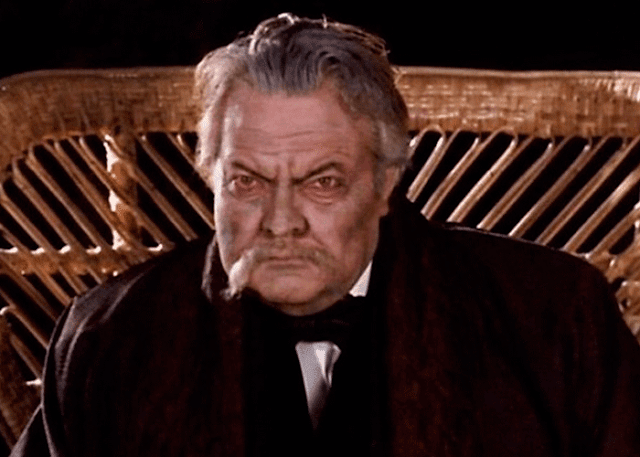 In 1953, the writer Isak Dinesen (the pen name of Karen Blixen) published a very long story called "The Immortal Story," which five years later would be included in her collection Anecdotes of Destiny, the last collection that would be published in her lifetime. It's quite an unusual story (the first I've read by Dinesen, I have to confess) about a very wealthy European businessman named Mr. Clay who is alone, who is not admired by anyone over whom he holds power, which we're assured is everyone in the Swiss town where he lives, and many more people besides. He appears to be a hateful man who, we're told, once broke off relations with a business partner and then used his wealth and power to hound the man into poverty and eventually suicide. The man's wife and daughter have disbursed, and the man's home is, as "The Immortal Story" begins, the one in which Mr. Clay resides.

So that's Mr. Clay. Eventually, Mr. Clay contracts gout, and suffers terribly from it. Unable to sleep, he summons one of his clerks, Ellis Lewis (actually Elishima Levinsky) to read to him at night. Novels? Stories? No, ledger books, receipts: his, Mr. Clay's, own accounts. Over and over and over, starting back at the beginning when Elishima reaches the end. But Mr. Clay is haunted by the vague knowledge he has that other kinds of reading matter exists. That is, stories. Which Mr. Clay proclaims to hate, if those stories aren't real. Elishima offers to read to him the words of the Prophet Isaiah, but Mr. Clay hates that too -- if it's a prophecy, which is to say if it hasn't happened and isn't currently happened, it is worthless. Mr. Clay recalls a story he once heard on a boat, spoken by a sailor within his hearing, and this seems to be the only story he's ever heard in his life. It's about a rich old man with no heirs who hired the sailor telling the story to impregnate his, the rich man's, wife. Here Elishima says "I know that story and I can finish it for you. Everyone knows that story. Ever sailor tells it. It's not true." Devastated, unable to make this knowledge work with how the story has worked on his own mind over the years, or with, apparently, his very grasp on existence, Mr. Clay hatches a bizarre plan.

In 1968, six years after Dinesen's death, Orson Welles, a huge admirer of Dinesen's, released what would turn out to be his last feature-length (just barely, at 58 minutes) fiction film: an adaptation of "The Immortal Story." Made originally for French television, and for most of its existence available for screenings and home viewings in beat up, washed-out prints, Welles's The Immortal Story has now been released on Criterion Blu-ray, and I'll tell you what: the first time I saw this film, which was only a few months ago, I watched it on Hulu, via their Criterion channel; this Blu-ray looks like a complete different film. I'm not the guy to go to for these kinds of technical details, but this restoration is deeply gorgeous, haunting, and essential.

Be that as it may, what is there to make of this film, or of Dinesen's story, for that matter? Quite a lot, potentially. Welles transplants the action from Switzerland to Macao, though visually this doesn't amount to too much, or at least it doesn't amount to what you might expect, because we still mostly see American and European actors. I'm reminded of Mike Nichols's decision to film Catch-22 with no extras at all, because there aren't many in The Immortal Story either (only Clay's servants are played by Asian actors). And the film does have a drifty, European ethereality. Welles, who plays Mr. Clay, speaks not quite in a monotone, but he's only off of that by a tone or two. Wearing another one of his putty noses (one that in certain shots is discolored in a way that reminded me of the one he would wear three years later in Chabrol's Ten Days' Wonder, in which Welles plays another towering, depraved rich man) he plays Mr. Clay as a man whose misanthropy doesn't come from rage or bitterness or pure meanness, but simply from the fact that this man has never even considered the alternative. He's perpetually haunted, though by what even he couldn't say. At times, the Asian setting of this adaptation, which is otherwise rarely more than ostensible, is justified because with his brightly red-rimmed eyes and heavily ashen make-up, Welles resembles a ghost from a Chinese folk tale.

As Elishama, Robert Corggio adds a further strangeness to the atmosphere, though due to the character's practical nature his strangeness is a tad more sharp. In Dinesen's story, Elishama's family was the victim of anti-Jewish pogroms, and now that he has found a situation that provides him with enough to money to rent a room in which he can close himself off from the world, he means to keep it. He's as seemingly inhuman as Mr. Clay, not morally, but in that he's so apart from everyone who actually understands what it means to live on this planet. This is all neatly contrasted by the relative earthiness of Jeanne Moreau as Virginie, the woman who Mr. Clay will eventually hire, and Norman Eshley as Paul, the sailor, who he will also hire, because he means to turn the story he heard the sailor tell a reality. This way, its status as fiction will be erased.

As I say, it's a bizarre scheme. Surprisingly, Welles doesn't latch onto some of the humor Dinesen added, such as the unavoidable implications and occasional failures that Mr. Clay and Elishama encounter when the two men take the carriage out at night and ask sailors if they'd like to earn five guineas. But that might have been for the best, given the tone of Welles's The Immortal Story. There's something about the small number of people on-screen, and the space in the frame that frees up, that cuts everything down to the bones, to the basics, as complex and off-kilter as those basics are in this case. It makes The Immortal Story seem as narratively pure as the story of the sailor and the rich man and his wife which here and in Dinesen stands in for all stories. In his very good commentary from a 2009 release of the film, brought over to the Criterion disc, Adrian Martin points out one incident that is the core of the film (and Dinesen), and of the story within the story. As Martin says, the incident is as immortal a story you can get. Furthermore, there's the very ending (also from Dinesen), which makes everything we've just seen feel positively ancient. Not even ancient: prehistoric.
Posted by bill r. at 6:16 PM No comments:

The Art of Blindness: Part 5


In Blue Baby’s room, which had been destroyed, the big man sat in his chair, sugar spread over his hands and face.  Little crystals of it sparkled, caught in the blood on his cheeks, forehead, mouth.  His paintings lay in tatters, or wadded up, on his floor.  Bowls and jars had been smashed or upended.  Everything seemed amazingly bright to him right now, and the room also looked surprisingly empty.  He was feeling very bewildered, and he was hungry.  He sighed, and slowly tore up another page.

The Art of Blindness: Part 4


Chim had liquor with him so he could be drunk when Blue Baby showed up.  And the booze helped him wipe his head clear of whatever the hell he’d filled it with last night.  He couldn’t remember anymore, but it had been bad.  Now he was able to drown the specifics, though he could still feel its presence, hanging there in the form of depression.  But because the reason for the depression wasn’t clear he couldn’t really feel that bad.  So he sat in his chair and kept drinking, and waited for Blue.  When Blue got there, Chim would just mumble out some indecipherable excuse until he left in a rage.  And “rage” was absolutely the right word.  Blue would probably trash the place some.  Break a table.  Or, rather, break the table.  Chim would just have to weather it.  Hope that maybe when it was all over Blue will have decided that he wanted nothing more to do with him.  Leave Chim to himself, to live out alone whatever time he had left.  Which couldn’t be much.  Chim’s hunger seemed to be steadily ebbing away into nothing.  Life had never held much joy for him, but he had always clung to it, desperately wrapped his body and mind around the idea of life for its own sake, and he would let his mind go off on its own sometimes, see if it might not dredge up something useful, or, at any rate, interesting from his existence.  But if his mind had uncovered anything in this quest, it was keeping quiet about it.  The flood, the endless channel of, of something, from his mind down through the rest of him that he had expected had never even begun.  And it never would begin, and he’d known that for, Christ, for a long time now.  So it was all catching up to him, making him want to be drunk all the time, making him not care who he pissed off, and making him lose his appetite.  All he did was he sat, and he drank, and he waited.  He thought no more about the Man, other than to note his absence, and the consequences of that absence.  He looked at his window, waiting for a great blue shape to pass by, blocking it, briefly eclipsing daylight.  He wished that son of a bitch would hurry up and get here.

The Art of Blindness: Part 3


Then Blue was out the front door, and he raced to the front gate before the fire from the trashcans could melt the statue.
Posted by bill r. at 11:24 AM No comments:

The Art of Blindness: Part 2