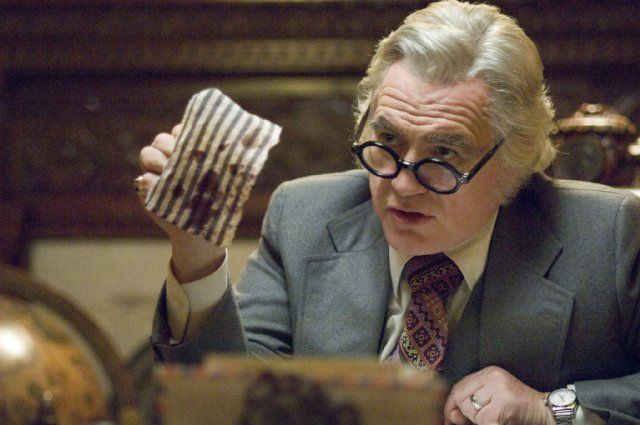 Today I make my second appearance on Blake Howard's wonderful podcast about David Fincher's Zodiac. I am one of several guests, all of whom but me are great. Please listen!
Posted by bill r. at 10:52 AM No comments: 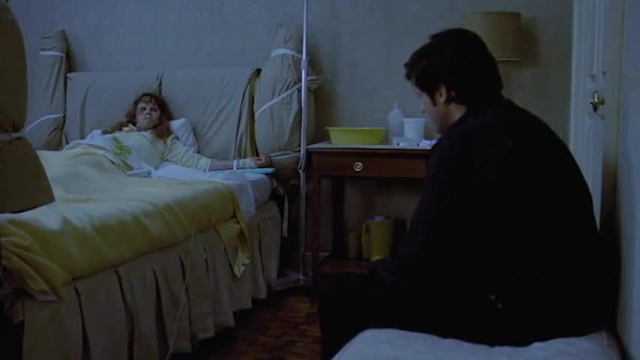 Another debut for me, professional writer! Today it's for Oscilloscope's Musings blog, where I "go long," as they say, on one of my favorite directors, William Friedkin. So read it! DO IT!
Posted by bill r. at 12:41 PM No comments:

You Know I'm Not Big on Apologizing

At some point in my relationship with Wes Anderson, his films, and his critics, I was moved to look up the word “twee,” that I might remind myself what, exactly, it means. This is the definition: affectedly or excessively dainty, delicate, cute, or quaint. The word is “chiefly British,” as well. Possibly more than any other word in the English language, “twee” has been applied, pejoratively, to the films of Wes Anderson by his many, and quite loud, detractors. Anderson’s films, they insist (usually just before a new one is about to come out, after months or years of simmering dormancy) are fussy, cute, visually over-designed, emotionless dollhouses that are exceedingly repetitive from one to the next, never serious, never about anything. This is all happening again in the lead-up to the release of The French Dispatch, Anderson’s latest, and, as with every past example, it’s a deeply frustrating thing to witness, because the perception of Anderson’s films, as they’re described by his critics, does not jibe in the least with what his films actually are, according to, I’m tempted to come right out and say, those who have actually watched the fucking things.

On the occasion of Anderson's birthday, I'm moved to revisit all of this. A year or so ago, this piece by Matthew Klee imploring Wes Anderson to “get a new gimmick,” kicked off another round of this silliness. Klee begins by praising Anderson’s first three films for being “sweet and prickly,” before going on to bemoan that 2004’s The Life Aquatic with Steve Zissou is a step back for being “aggressively twee” (there, you see?). So. Bottle Rocket — Anderson’s debut film from 1996 about a sweetly mentally unstable man (Luke Wilson) who takes straight-shooting advice from his pre-teen sister and gets involved in the heist of a bookstore with his goofily serious best friend Dignan (Owen Wilson) while also falling in love with a motel maid (Lumi Cavazos) — is “sweet and prickly,” while The Life Aquatic — which is about Steve Zissou (Bill Murray), a negligent, aggressive, mean, and very American version of Jacques Cousteau, setting out to avenge the violent death of his best friend Esteban (Seymour Cassell) during an attack by the elusive jaguar shark, a journey that will include Zissou pulling a gun on a pregnant woman, a pirate attack involving fatal neck wounds, tragic helicopter crashes, deep, endless grief, and bottomless regret — is the one that’s “aggressively twee.” Not Bottle Rocket.

What, exactly, is going on here?

Late in the article, after he accuses Wes Anderson of being from Texas, Klee writes this astonishing sentence: “It’s a schtick [sic] so severe, you won’t need to see his name at the end of a trailer for The French Dispatch to know he made it.” A film director having an instantly recognizable style is, evidently, a bad thing. Filmmaking, Klee implies, should be indistinct, unnoticeable, a matter simply of pointing the camera at actors speaking dialogue. The image within the frame should not be designed, or thought about in any way — to do so would be “fussy,” that terrible thing. Or, at minimum, if a director must have a style, he or she should, at least, change it up from film to film, creating a new personality every time so that, ideally, in the great mélange of cinema there will finally be no way of knowing who made what, save for IMDb. It is in this environment that a perfectly pleasant, entirely bland film such as The Big Sick becomes a Great Film.

And what, dare I ask, is this shtick that Anderson desperately needs to move on from? It can only be that dreaded style. Of course, it’s this that leads Anderson’s critics (or anyway, those who criticize in bad faith; surely there are some who can make intelligent points against these films) to act as though his career has been spent making the same film over and over again. On top of that, it can only be the surface of that aesthetic: Anderson’s penchant for inventing books for his characters to read (or to have written); to run wild with the set design; to write dialogue and narration that is almost hyper-literate (at least compared to most); to give his characters unique professions and hobbies, such as aquatic explorer and falconry. But to claim that the mountains of detail that can be found in each film all amount to the same thing, one mountain indistinguishable from the next, is to do nothing but reveal an inability to pay attention. The peak of this very specific kind of blindness can be found in an inexplicably popular Saturday Night Live sketch, which imagines what The Strangers would be like if it was directed by Wes Anderson, but only manages to show what such a sketch would be like if the person who wrote it had only seen The Royal Tenenbaums. One of the “jokes” is, quite literally “It’s Danny Glover!” as if Glover does nothing but appear in Anderson films, rather than just the one.

Which is another thing. In 2007, Anderson released what must count as his most controversial film, The Darjeeling Limited, about three brothers (played by Jason Schwartzman, Owen Wilson, and Adrien Brody) on a trip through India following the death of their father. Upon its release, Jonah Weiner, writing for Slate, published an article detailing what he perceived as Anderson’s many racial sins. He gets things wrong almost immediately by describing the film’s Indian characters as “foils” to the white protagonists. However, since foils are meant to emphasize the qualities of other characters, and The Darjeeling Limited is a chronicle of the weaknesses shared by its three leads, I can’t quite see where Weiner is getting this from. But going after Anderson for supposedly problematic racial politics is a fairly popular pastime, and if you get him going both ways — “Cast more people of color in your films but under no circumstances make a film about them” — so much the better. By now, it’s taken as a given that Anderson’s 2018 animated film Isle of Dogs misused Japan and its culture, treating them as nothing more than shallow exotic spice, even though there is strong evidence that Anderson went to great lengths to be so specific about the country that Japanese audiences would likely get more out of the film than anyone. 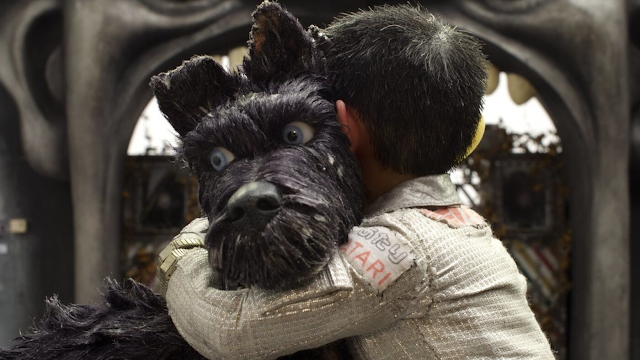 Anyway, among the sins Weiner accuses Anderson of committing in The Darjeeling Limited is treating Rita, played by Amara Karan (curiously, Weiner chooses not to name any of the non-white actors in Anderson’s films when writing about their characters), the stewardess Jason Schwartzman’s Jack has an affair with on the titular train, as a “type,” a “mysterious dark-skinned beauty,” rather than as a person. He writes: “Jack hardly exchanges a word with her, but, reeling from a bad breakup, he begins pestering her to break up with her Sikh boyfriend [played by Waris Ahluwalia, incidentally], convinced for no good reason that she can turn his life around.” What Weiner crucially leaves out of this is that she actually does not do this, and by the end of their time together finds Jack to be foolish. Also ignored by Weiner is that “convinced for no good reason” is actually the whole idea. That’s not your thought; that was Anderson’s thought.

These sorts of critiques often have a smug, weirdly personal vibe to them that can be infuriating, but their most notable feature is their thoughtlessness (Weiner tosses off Owen Wilson’s 2007 suicide attempt as “his recent personal ordeal,” while discussing, it must be noted, the Wes Anderson film in which Wilson portrays a man who has recently survived a suicide attempt, a detail Weiner apparently found as insignificant as the names of the non-white actors). Former child actor and current writer Mara Wilson recently tweeted, “Every time I finish watching almost any Wes Anderson movie I feel like I just hung out with a very beautiful man for two hours: I enjoyed looking but retained nothing that was said or done,” suggesting that, for one thing, her memory problem was his fault, but also that there is nothing beyond the visuals worth remembering in a Wes Anderson picture. That The Grand Budapest Hotel, a film about the death of Europe at the hands of fascism and the inevitably of death and lost time, has nothing going on underneath the bright colors and precise framing. That Moonrise Kingdom, for all its heartfelt exploration of loneliness, marital strife, and the miracle of falling in love (constructed in a way to mirror the YA fiction favored by the young female protagonist), only has a few cute costumes going for it. That one of the most consistently surprising American filmmakers working today is good for nothing beyond his extraordinary visual imagination.

That’s all. How twee.