The Kind of Face You Slash - Day 17: This Part of the Story I Always Hurry Over, Because It Is Really Rather Horrible 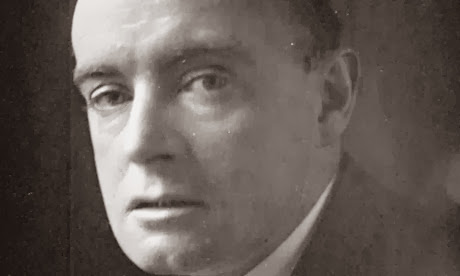 Labels: Saki, The Kind of Face You Slash

I've read the occassional Saki story--"The Interlopers" was one we covered in my freshman English class, actually--and I've heard audio dramatizations of some like "Esme." That special brand of black humor was always a draw for me, particularly because it came from, as you say, a jaundiced world view. It wasn't obnoxious in the sense that anything you might find today passing itself off as "black comedy" would be. But then again, perhaps "black humor" and "black comedy" are small but crucial degrees different than the other.

Speaking of which, is it just me or does it seem that the Brits were always good at this thing? I can't imagine an American author writing like this, for whatever reason. There seems to be an extra layer of the sinister added when the story is related in that crisp, acidic way that only the Anglos seem to get right.

Just because it seems like we must be wrong, I would stop short of saying I can't imagine an American author writing like this, but I know what you mean. The Brits are excellent at it, and it's one reason why my reading interests so often drift in that direction.

Looking back, I wonder if the last line is a little self-reflection on the part of Saki about writing nasty little stories.

Excellent stuff. As for an American equivalent, Saki's tales sometimes remind me of Edward Gorey's blackly comic illustrated narratives. Much the same cruel but refined wit on display in both, similarly horrible fates dished out to the deserving and the undeserving alike, and very compatible styles.

One of my favorite stories by Saki is "The Penance" and it's about as close to a prose equivalent of a Gorey cartoon as I can think of.

The children in question were a standing puzzle to Octavian; in the course of a few months he considered that he should have known their names, ages, the dates of their birthdays, and have been introduced to their favourite toys. They remained however, as non-committal as the long blank wall that shut them off from the meadow, a wall over which their three heads sometimes appeared at odd moments.

Octavian walked through the long grass of the meadow with a step less jaunty than usual. And as he passed beneath the shadow of the high blank wall he glanced up and became aware that his hunting had had undesired witnesses. Three white set faces were looking down at him, and if ever an artist wanted a threefold study of cold human hate, impotent yet unyielding, raging yet masked in stillness, he would have found it in the triple gaze that met Octavian's eye.