The Kind of Face You Slash - Day 14: Gargantuan Tombs Of Monstrous Vertical Coffins 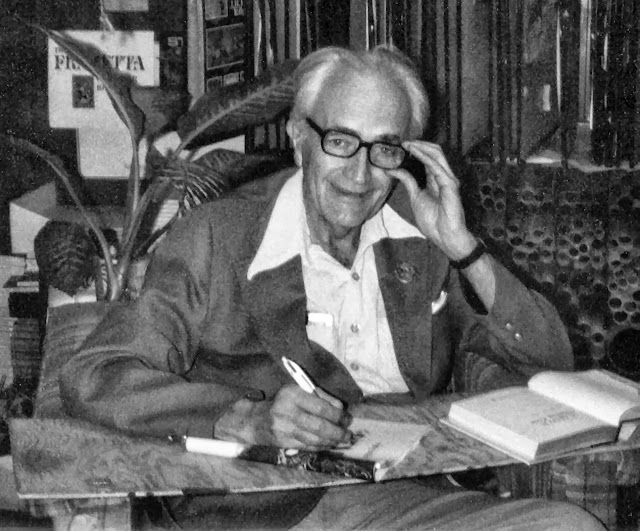 Cities have their own personalities. This is so evident that it seems redundant to even write. has a permanent low level mania. Its sprawl causes an odd claustrophobia, driven by the knowledge that at any given point in the city you could drive for hours and still be within its borders. Then there’s , its underachieving little brother. A place, where, to borrow a phrase from Don Winslow, “Time reached 1973 and just said, ‘Fuck it.’” The proud rustbelt grandeur of , ’s lazy pace and its counter current of invigorating, occasionally desperate polyculturalism. The only thing surprising about this sentiment is that it isn’t surprising at all.
Think about it, if I was to claim in all solemnity that a single inanimate object had a personality, say that my couch was ornery and opinionated, I might not be locked in a rubber room but I probably wouldn’t be invited to the best parties.  Yet if I claim that a collection of inanimate objects that just happen to house, transport, and entertain a group of people not only has a collective personality but that said personality affects the inhabitants in a kind of feedback loop, it’s not a bit odd. I suspect that is the primary reason that Our Lady Of Darkness is held in such regard. Unlike most horror fiction, we know subconsciously that Our Lady Of Darkness isn’t really fiction at all.
Leiber isn’t the only one to mine this territory. The story bears a certain fraternal resemblance to Harlan Ellison’s “The Whimper Of Whipped Dogs.” And stories about London serving as some sort of Masonic/Gnostic engine that uses people as fuel are practically their own subgenre. But there’s a lot going on in Our Lady Of Darkness. For a book that doesn’t run two hundred pages even in its most generously spaced editions it’s strangely dense. Autobiographical, intertextual, and filled with anecdotes and subplots that are often only partially resolved (truth be told this last feature is a bit overused, for example there’s a suspicion touched on that a key supporting character may be a pedophile. The reaction of the main characters and by extension the book can pretty much be summed up as, “Oh well.”)
The story follows Franz Western, a horror author in his forties, living in San Francisco, recovering from the death of his wife from brain cancer and a particularly nasty bout of alcoholism (it should surprise you not at all that all of these things correlate to Lieber’s life). Franz has become mildly obsessed with an odd journal he has found that he is convinced belonged to Clark Ashton Smith,one of the dominate weird fiction writers of the pulp era. The journal was paired with an even odder book from the turn of the century, detailing the theory of Megapolisomancy, the theory that the great cities of the world are achieving a rudimentary kind of sentience, and manifesting strange parasitical creatures referred to as Paramentals. One day looking out his apartment window, Franz sees a strange figure in a nearby city park. On a lark he goes looking for it. When he reaches the park he finds the creature has vanished, only to turn around and see it staring at him from his own window. Things deteriorate rapidly from there. 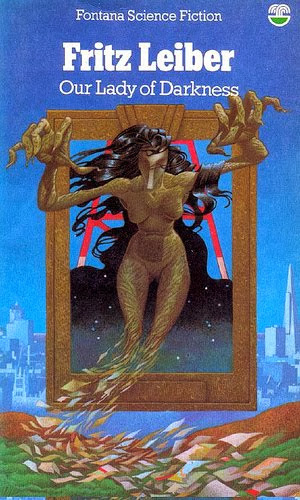 Leiber has always been a master of paranoia, notably in Conjure Wife (one of those books that plods along for two thirds of its page count before abruptly shifting into high gear, finishing things off with a last act that to put it crudely is a mother fucker), where the vastness of the central conspiracy is only matched by the pettiness of its aims. And as an exercise in urban paranoia Our Lady Of Darkness is arguably superior even to Rosemary’s Baby, the gold standard of the subgenre. Indeed the two works are almost at cross purposes. The joke of Rosemary’s Baby is that a nice young would be cosmopolitan girl like Rosemary Woodhouse shouldn’t have to deal with nasty things like Satanic covens, in the sophisticated modern city. The Castevets and their withered clan have staged an ambush. They have used their environment as camouflage, but they are ultimately intruding predators in the sane world. There is no such intrusion in Our Lady Of Darkness. For the first, superior, half of the novel the threat does not come from any sort of invasion into the environment by malignant forces but from the environment itself. Franz is literally under attack by the stuff the city is made from. Shaped by a free floating malevolence that has latched onto a singularly unlucky fellow for its prey.  Even the more conventional second half of the book where the whys and wherefores are dug into the incredible amount of ill luck required to jump start the narrative never allows that sense of dread to dissipate. The events of Our Lady Of Darkness may have an ultimate cause but they are still happening to Franz for no greater reason than he happens to live in the city.
The first half of the book is the best, intercutting ever escalating bouts with the inexplicable with Leiber’s thoughts on life, writing and the strange inescapable toll that writing horror seems to take on people. Leiber seems to regard the act of putting pen to paper as scarcely less dangerous an idea than Megapolisomancy. Clark Ashton Smith is central but just about every genre author of note up until the time gets a mention and parts of the book read like an exceedingly grim roll call of authors who died in the first half of the twentieth century. On the whole it is one of the most oddly jaundiced books about writing that I can recall, its attitude less, “This will save you,” as it is “This will kill you.” If writing brought Lieber any satisfaction it seems to have brought him little comfort. Notably while he highlights music, mathematics, and science as order giving forces to the chaos of the universe and the supernatural, writing is regarded solely in terms of its destructive power and even ends up being one of its primary engines.
This is sadly were I relate that the events in the book do indeed have an explanation and a cause. At the midway point of the book Franz begins investigating just what’s happening and unfortunately finds answers in the form of a rare book dealer explicitly modeled after Vincent Price. The book dealer launches into a mammoth bout of exposition that ends up running nearly a quarter of the books length, detailing the dark dealings of the author of the book on Megapolisomancy and his cadre of influential famous followers WHO DIED UNDER MYSTERIOUS CIRCUMSTANCES and other things you’ve read a billion times before.
The book never recovers. And while it would be unfair and untrue to say that there are no fine moments in its aftermath, it is no less frustrating to watch the novel trade its sense of dread and mystery for an explanation as unsatisfying and arbitrary as literally having its characters say, “A wizard did it.”
For all the flaws of its ending, it is still the first chilling half of the novel that ultimately lingers in the mind. It’s the work of a writer at the top of his craft, building a meticulous cage for the reader. A world where horror is inescapable, as much a part of us as the air we breathe.
---------------------
Bryce Wilson is the author of Son Of Danse Macabre, a personal history of the last thirty years of horror fiction. It is available on the Kindle and Nook. He writes a weekly column for The San Luis Obispo New Times and is a contributer to Paracinema Magazine. You can find his personal blog at thingthatdontsuck.blogspot.com.
Posted by bill r. at 9:40 AM

Labels: Bryce Wilson, Fritz Leiber, Our Lady of Darkness, The Kind of Face You Slash

He wrote a short story, "Smoke Ghost", on a similar theme. One of the great modern horror tales, up there with the best of Lovecraft and whoever, as creepy as the best ghost stories, and I'm fairly sure it doesn't suffer from the same problem of an unlikely, too-detailed explanation effectively killing off the reader's interest. There might be a half-assed attempt at an explanation thrown in at the end, but that's not the same thing.