The Kind of Face You Slash - Day 8: In Bremen, Something Walked The Night

Although better known for his alternate history science fiction and metafiction, Howard Waldrop works in and with a broad variety of genres, one of which—apropos of our purpose this month—is horror. In the four decades and counting in which Waldrop has been writing short fiction (and two novels: one, The Texas-Israeli War, was a collaboration; the solo effort Them Bones, an alternate history/time travel tale about Native American mound builders and their encounters with warring Aztecs, Arab traders, and a soldier from the future looking to escape certain annihilation, is under-appreciated SF and a fun read but not particularly germane to a discussion of horror), he's incorporated horror elements into a number of his pieces, while rarely if ever writing anything that stands on its own as outright horror. Still, his experiments with the genre are typically intriguing, erudite, and exciting. 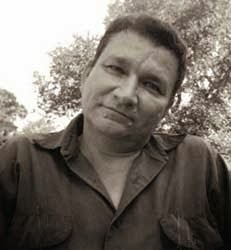 One such is the marvelously titled “All About Strange Monsters of the Recent Past.” This follows the Frankenstein template, the variation on which here being that all variety of classic movie monsters have come to life and are running rampant. The story is brief enough that neither back story nor resolution are particularly possible, which only adds to the story's effectiveness as horror. The suddenness of the monsters' ubiquity, and the utterly futile response humanity has mounted (the narrator is an AWOL soldier driving around on what little gas he has remaining and with whatever weaponry he can fine) lend a genuinely chilling edge to the story, which is not without the wickedly dark humor which is as much Waldrop's stock in trade as alternate history or metafiction.

The latter is on dizzying display in Waldrop's 1996 story “Heart of Whitenesse,” in which poet/playwright/spy Christopher Marlowe, with the biting wit and cynical point of view of Raymond Chandler's Philip Marlowe, mirrors the journey under taken by the narrator of Joseph Conrad's Heart of Darkness, Marlow, in the midst of the Little Ice Age of the late 16th century. Instead of Kurtz, being Christopher Marlowe, he is tasked by Queen Elizabeth (as played by Bette Davis) to venture upriver to investigate, confront, and do away with Doctor Faustus. The horrors Marlowe anticipates are counterpointed to terrific effect by the setting, with the glaring whiteness of the frozen environs the exact opposite of the expected darkness and shadows of horror. 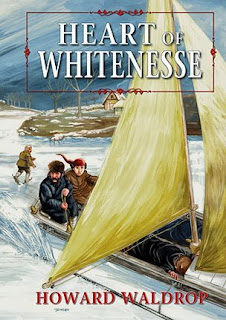 Waldrop's most purely horrifying story is probably “Des Untergang Des Abendlandesmenschen,” a pla on the German title of Oswald Spengler's The Decline of the West intended to mean, roughly, “the end of the cowboy.” The seed of the idea, by Waldrop's own admission, was the realization upon looking at a photograph of silent cowboy film star William S. Hart that he would make an excellent Sherlock Holmes. The contemplation of silent film led to Weimar Germany, which led to Nosferatu. This, then, in the creepiest aspect of the story, led to an initially anonymous group of young radicals whom the Sherlock Holmes figure of William S. Hart encounters—not quite hinted to be the Baker Street Irregulars—who, in the end, once the vampire is vanquished, swoop in and appropriate its reign of terror for propaganda purposes . . . as they are they nascent National Socialist Worker's party. As an ending note, this induces chills, much in the vein of a monster story whose stinger is that a new monster ascends to take the old one's place. In this case, it's barely even metaphor.

The way Waldrop builds each of these stories, as is the case with most of his work, from the seed of an idea out of a structure of piles and piles of books, an endless reservoir of pop culture knowledge, and a keen eye for interesting juxtaposition. What makes Waldrop so delightfully smooth to read, despite the potentially intimidating erudition that goes into his work, is his nimble prose, adaptable to whatever genre or tone the particular story demands, to him, that it be written in. And so, rather than feeling like a stack of library books and notes on esoteric genre films and TV programs, Waldrop stories feel alive with the energy not only of his intellect but of his emotion. As conceived and constructed as they appear upon analysis, when being read a Howard Waldrop story is most profoundly felt. 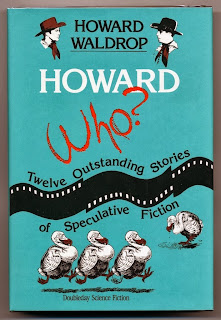 For this reason, his forays into horror particularly resonate, since horror is—among all genres—the one most dependent on being felt rather than thought. There is no such thing as an effective horror piece that is dry, assembled from parts, contingent on being understood. Horror derives from the very things we do not understand, making something like the ending of “Des Untergang des Abendlandesmenschen,” where William S. Hart and his Watson, Bronco Billy, slowly realize what they're seeing when the Nazis slip a star of David armband onto the fallen vampire. They don't understand the totality of what they're seeing, nor are they able to grasp the manipulative sickness they observe. And so their hearts are filled with dread, the stuff of horror. Even if Howard Waldrop never addressed the genre at any other point in his career, the final image of that story would make him worthy of notice to any aficionado of the horror genre.


-------------------------------
Danny Bowes is a film critic, journalist, and essayist who contributes to RogerEbert.com, The Dissolve, Indiewire, and Tor.com, and formerly Premeire and The Atlantic. he is also the author of the aggressively out-of-print novel The Van Damme Papers, a tall tale about Jean-Claude originally serialized in the Bordeaux, France-based postmodernist literary zine Louis Liard between the years 2002-04.
(Everything in the second sentence is, gloriously, true.)
Posted by bill r. at 10:00 AM