The Kind of Face You Slash - Day 27: Crimson Plastic River 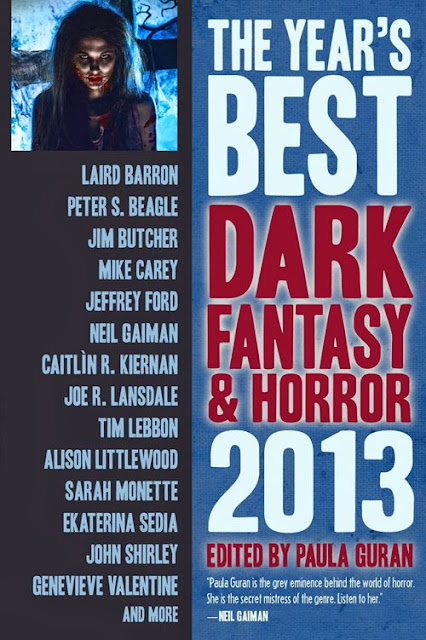 Paula Guran does me no favors in that her annual anthology The Year's Best Dark Fantasy & Horror provides no ancillary matter other than a very short and kind of jokey introduction and an "about the author" after every story.  She doesn't even help me choose my stories because her short one-sentence lead-ins to each story tells nothing about what kind of thing we're dealing with here, and as a result I'm not really sure either of my selections for today count as horror.  In fact, I'm sure they don't.  Yesterday, in my post about Ellen Datlow's The Best Horror of the Year collection, I made a joke to the effect that Guran's "Dark Fantasy & Horror" categorization was basically like saying "Horror & Horror" and now boy is my face red.  In my defense, I first saw the term "dark fantasy" applied to Clive Barker, and while I do see what folks mean by using the term for his fiction, that doesn't change the fact that it's also, in essence, horror.

But now what about this stuff I read for today?  Peter S. Beagle's "Great-Grandmother in the Cellar" is unquestionably dark, but it's also unquestionably a fantasy story.  So I guess I'm the asshole.  Beagle is a sort of living legend in the fantasy genre, which is not a specialty of mine.  But Beagle's most famous novel is The Last Unicorn, a stone-cold classic (I've seen the movie!).  This was his third book, and came out in 1968.  Since then he's racked up awards and respect for books like Giant Bones and The Innkeeper's Song.  Though not a household name, Beagle is a beloved figure, who, by the way, is still at it to a degree that I find frankly absurd.  According to his Wikipedia page, Beagle has, or had, a ridiculous nine books slated for publication in 2013.  I have no idea if all of those came out, and I'm not to check either because I won't be a party to this nonsense.  But anyway, Beagle is still at it, and it's interesting to me that at this late stage of his career (a career, I reiterate, about which I'm basically ignorant) an idea like "Great-Grandmother in the Cellar" would occur him, as if for the first time.  Surely he's done something like it already?  Well, it doesn't matter.  It's a fine story about a small group of characters in a vaguely defined, but kind of default fantasy world -- sort of Middle Ages, with magic, etc. -- who are facing a powerful threat.  The threat is named Borbos, a "witch-boy" of considerable power who has cast a spell on Jashani, the "beautiful, beautiful, sweet-natured idiot sister" of Da'mas, the narrator and sort of protagonist, so that she will sleep, Sleeping Beauty-like, until Da'mas and Jashani's father agrees to let her marry Borbos.  This can't be allowed, such a terrible thing is Borbos, so Da'mas hits on the idea to dig up his Great-Grandmother, who is dead and buried in the cellar.  Da'mas believes, correctly, that his Great-Grandmother was a figure of enormous magical abilities, and also is maybe not dead as we understand the term.  He's right, and against his father's wishes he digs her up -- she's instantly alert, explains the situation, and Great-Grandmother agrees to help. 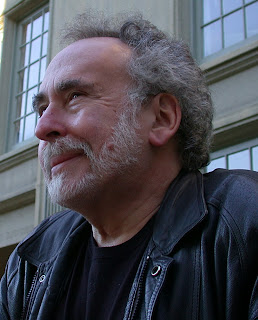 So my great-grandmother stepped out of her grave and followed my father and me upstairs, clattering with each step like an armload of dishes, yet held firmly together somehow by the recollection of muscles, the stark memory of tendons and sinews.

She's a strong character, one who admits to a life of wrong-doing -- the details of her death, when they come out, make her seem like she'd be the villain in anybody else's story.  In this one, however, she isn't, and "Great Grandmother in the Cellar" is simply a story about a battle between two magical beings.  If it's appealingly unique in any way it's that the battle is quite lop-sided, the issue never in doubt, but it feels like the kind of thing that a long-time expert in the field like Beagle could dash off on his lunch break.  But it's a good example of the kind of story it is, so where is there room to actually quibble?  I think now about how I actually enjoyed reading it, and wonder, as I look at my complaints, when I became so jaded.  If I'm frustrated, I think it's because it's not a horror story, and Paula Guran said it might not be, and I was like "Yeah okay, whatever lady."

Caitlin R. Kiernan's "Fake Plastic Trees" comes closer to horror by being about the end of the world, or a little bit after it, and resembling one of J. G. Ballard's many chillingly weird Apocalyptic visions.  Indeed, Ballard does seem to be the primary influence here (well, him and Radiohead):  Kiernan's end of the world comes through a strange series of events, which she describes with just enough scientific detail, that results in a planet being overcome by an ever-encroaching plastic blight, which is nicknamed GOO.  Trees, roads, people, water, are all effected; water that has been "infected" becomes almost rubbery, or gelatinous.  Trees become what the title says they do.  And people, well, that's where the horror comes in, late in the story.

The narrator is Cody Hernandez, a fifteen-year-old girl who lives in Florida where there is a small outpost of a new kind of civilization.  Her best friend, and perhaps more, is Max, who urges her to write down her story, because, we get the sense, something special has happened to her.  And something indeed has, involving her attempt to cross a plastic-encrusted bridge, which has been strangely left unguarded since beyond it civilization is gone, and plastic is all.  On her trip -- Cody does concede to write her story -- she finds a car, a single car, where no cars should be.  And the car has not been enveloped by the plague.  Where did it come from, and what's inside?  What she finds is the horror:

The woman was sitting with her back to the door, and her arms were wrapped tightly around the gift.  The woman's fingers disappeared into the gift's hair -- hair and hand all one and the same now.  I figured they drove as far as they could, drove until they were too far gone to keep going.  It takes hours and hours for the infected to die. 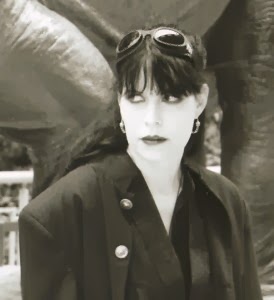 I love how Kiernan refers to the woman's child as "the gift" -- that phrase means a couple of different things, one sweet, the other grotesque.  The plastic has made this little girl a toy.  And of course the nature of the plague itself is a bit of social commentary -- what about the trees, you guys?  Why all this plastic stuff in the world, anyhow? -- but it's only there if you want it, Kiernan doesn't hammer at the thing, and if you don't, or even if you do, the imagery is effectively surreal.

The problem with the story is how it begins to undercut itself in the final pages.  I won't say how it does this, but Kiernan seems to have changed her mind about the tone she wanted to set for her climax, but didn't want to take out the stuff she'd changed her mind about.  I'd say if she did that, and just threw out the pages that hit the note she now rejected, the ending would have better achieved what she wanted it to.  As it stands, the structure of the ending makes little sense, and takes on the structure of the "twist," which is a bad structure.  I am, of course, presuming a lot, as I often do, but it's hard to understand what other motivation Kiernan could have had to let things play out in this manner.  It heightens nothing, and in fact makes "Fake Plastic Trees" feel a little bit chickenshit.  The pisser is it didn't need to, as the ending she wants, played straight, would have worked fine.  I think the other one she hints at might have been better, and more of an emotional jolt, but better one or the other, not both.  Pick one.
Posted by bill r. at 8:28 PM