The Kind of Face You Slash - Day 28: At Night All Birds Are Black 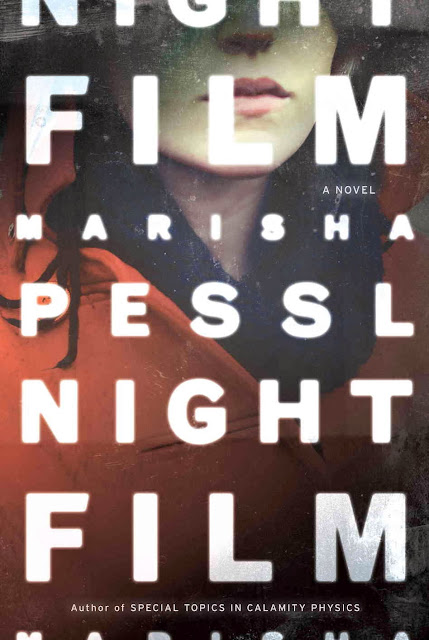 I’m a big fan of our humble host having got to “know him” virtually over the years via blog comments and his Twitter feed. So, when I saw that he was asking for guest writers for this year's The Kind of Face You Slash, I promptly butted in and asked if I could contribute. I’ve always been a horror novel junkie and remember doing a book report on Stephen King’s Cujo when I was in 4th grade. I even made a shoebox diorama for the book that I would kill to find today. (Side note: I recently reread the novel and am shocked my mom and teacher approved me to read it and present it to the class. It’s a nasty little thing.) Anyway, Bill said yes and here we are.

Having grown up a Stephen King fanatic I read interviews with him where he praised H.P. Lovecraft, Shirley Jackson and others and these interviews inspired me to seek those writers out. Thus a creepy, morbid fat kid who was way too quiet as he sat in the corner reading horror stories all alone at recess was born. I think my interest in film really took off due to my love of books and the VHS boom of the 1980’s and I’ve always been a horror fanatic both on the page and screen.

All that being said it’s been a while since a book truly skeeved me out and since I’m always on the lookout for such a thing, I was drawn to Night Film by Marisha Pessl. I try to look into books as little as possible before reading them much as I do when I see a film. I like to figure out my own thoughts without other peoples’ creeping in because after all, everyone’s on edge waiting for my un-altered views on books and film. So after I saw a few people I respect had loved this novel and I read an article in which Night Film was purported to be a terrifying and possible companion piece to Mark Z. Danielewski’s House of Leaves (Spoiler alert: it’s not) I immediately downloaded it to my iPad kindle reader and dove in. Having just finished the novel, I’m now afraid I may have blown my assignment for “The Kind of Face You Slash.”

Night Film isn’t a bad book by any means. In fact, it’s a quite thrilling page-turner that I’m surprised took me as long to read as it did. There were times where I couldn’t put it down and I always looked forward to picking it back up. However, it’s not a very scary book and only gets relatively creepy a few times. Night Film is more of a mystery with some occult type activity throughout to keep you guessing. But what impressed me most and would make me recommend the book to fellow cinephiles is the world Pessl creates involving the book’s antagonist, a reclusive cinematic genius named Stanislas Cordova.

The premise of the book is pretty straightforward. Stanislas Cordova is one of the most well respected filmmakers on the planet. His films are said to be so terrifying and so filled with horror and truth, to see them will shake you to your very core. Thus many of his films have been banned and Cordova himself hasn’t been seen in over thirty years. Disgraced journalist Scott McGrath earned his bad rap by trying to drag up information on Cordova some years earlier. His snooping and later false claims against the director lead to Cordova filing suit against him and irrevocably staining a once promising career as an investigative journalist. Soon thereafter McGrath’s wife left him taking their young child along with her, leaving McGrath to nickel and dime his way through his life savings while enduring sleepless nights and gallons of scotch. That is until one night while jogging, McGrath spots a mysterious, ghostly girl in an odd red coat following him. Jarred by this creepy, almost otherworldly figure, McGrath manages to let it go until he soon discovers that Ashley Cordova, only daughter of Stanislas Cordova, had leapt to her death that very night. Was the girl in the park Ashley? Was she trying to tell Scott something? Did she jump to her death or was she murdered? The journalists mind whirls with possibilities and thus, the hunt is on. Dun-dun-duhhhhh!!

McGrath soon straps on his dusty investigative journalist boots to find out why (or, if) Ashley Cordova killed herself and if she was in fact trying to connect with him to share information about her reclusive director father. Perhaps she was trying to confirm what McGrath had accused the man of years earlier and proving it would now rebirth his career, integrity and public image. McGrath decides to trace Ashley’s steps that night and soon meets a quirky, naïve coat check girl named Nora who still has the coat Ashley was wearing the night she died. It matches the coat of the girl McGrath saw in the park. McGrath also meets a scraggly, yet handsome young kid named Hopper who has been mailed an eerie keepsake from Ashley, one that Hopper never knew she had. Against the wishes of the lone-wolf McGrath both Nora and Hopper join forces with him to try and unearth the mystery of what happened to Ashley as well as just what the hell is up with Stanlislas Cordova. What transpires is a fun mystery investigation as well as a character study in people who are more or less forced together ala a buddy-cop movie. But the very best part of “Night Film: A Novel” is the world and cinematic history Pessl creates for Stanislas Cordova.

Clearly a mixture of the brilliance of Orson Welles, the mystique of Stanley Kubrick and the terrifying horror of early Dario Argento, Stanislas Cordova is the kind of filmmaker that fellow film freaks wish really existed. Having grown in popularity due to films with wonderfully characteristic titles such as At Night All Birds Are Black, Figures Bathed in Light and the winner of the Oscar for best picture in 1980, Thumbscrew (which was an audacious upset over Robert Benton for Kramer vs. Kramer) the films of Cordova have inspired a group of fanatics called “Cordovites” who cling to the auteur and his works the way Star Wars fans did before the advent of the Internet. Cordova’s films are shown in secret screenings all across the globe and a secret, invitation only website called “The Blackboards” houses all his films as well as forums to discuss the meaning behind Stanislas’ works. 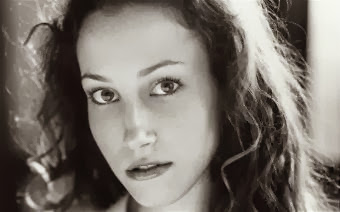 But let’s face it, when you’re artistically gifted yet reclusive, rumors and innuendo tend to follow you and Cordova is no different. Tales of the occult, witchcraft, murder, kidnapping and torture have emerged from the heavily guarded, countryside estate named The Peak where Cordova lives and creates all his films. No one who has ever been invited there returns unaltered and most of these same people lead disparate lives out of the public eye forevermore. Great actors never act again and people refuse to speak of what went on during their time there, thus adding more dark mystery and intrigue to an already eerie man.

Again, Night Film is a really fun read. Pessl has created a cinematic idol with craft and precision and I wouldn’t at all doubt if some Internet groups like the ones in the book began springing up to pay tribute to the pretend director. His character and works are so realistically imagined by the author you forget they’re made-up. The book also drives this wonderfully realized world and character home by featuring news clippings, snapshots of websites and photos of Ashley as well as the one interview Stanislas ever did for Rolling Stone. No true photos of him are known to exist and tales of him being seen and spoken to are traded like precious coins. Several times while reading I honestly had to remind myself not to bother looking Cordova up on IMDB. Pushing this idea even further is an app you can get for the book.

Frequently photos and pictures show up on the page featuring a small bird. The bird is an international symbol for Cordovites to know how to find secret screenings of his work. If you use the app to take a photo of this bird on the page, various “Easter Eggs” come up enhancing the experience. I’ve never seen an interactive book done in this way and it was an extremely cool idea executed badly. The movie trailers look cheesy and some of the interviews feel really phony. It’s kind of a slap in the face of such a well-written book but it’s a cool idea. I’m sure this will be a concepttaken on by many authors and publishers and could really be an interesting advancement.

Aside from the Cordova stuff, the rest of the book is a good read as well. I genuinely cared for Scott McGrath, Nora and Hopper and pulled for them to gel as a group and succeed in battling their personal demons as well as solving the Cordova mysteries. Pessl has as much a knack for well-written, likable characters as she does for creating an entire artistic career for a phony filmmaker. My only disappointment in Night Film (aside from my own expectations of a “scary” book) are the way Pessl seems to frequently hedge on who or what Cordova really is as a man. While I fully understand a major theme in the book is storytelling, rumor and fantasy all being more intriguing than real life, the paths McGrath and company travel down never feel fully realized and it seems like Pessl wasn’t sure she wanted to go there either. Again, I do think this is intentional and ties into the idea of never “really” knowing a person, particularly an artist. But it’s no less as frustrating as it is in real life.

Night Film isn’t as creepy as I had hoped when I started it but it was an intriguing and fun trip once it got going. The interactive app is more of a gimmick but it’s still an intriguing idea. It’s definitely not needed to enjoy the book although it also doesn’t detract. I’m curious to check out Pessl’s other works as well to see if her insightful and clever cinematic inklings are a common theme but even if they aren’t, she a skilled and craft writer that we’re going to hear more from in the future.
------------------
Don R. Lewis is managing editor at Film Threat and is also a filmmaker. He’s produced The Violent Kind (Sundance, 2010) as well as producing and co-directing the feature documentary Worst in Show. His latest film, Holy Ghost People premiered at the 2012 SXSW Film Festival and will be widely available this February. He lives in Petaluma, CA with his wife and daughter.
Posted by bill r. at 10:00 AM