The Kind of Face You Slash - Day 3: And What Would Be Left Would Stick to the Ground 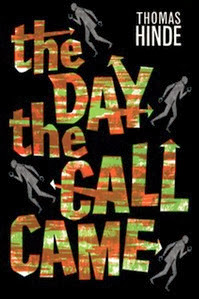 As a genre designation, "suspense" has always struck me as a bit vague -- "thriller," too, now that I'm thinking about it, and in fact those two are pretty much interchangeable.  But "suspense," the psychological effect that both real-life situations and narrative art can have on a person, can be brought about by all sorts of stories.  Notorious is suspenseful, and would be categorizes as a "suspense film," but also extremely suspenseful is Gallipoli, a film that is pretty far away in terms of genre from not only Notorious but anything else Hitchcock ever made.  Hell, you know what else is suspenseful?  Christmas in July.  From the moment Preston Sturges kicks that plot into gear, the viewer knows the other shoe's going to drop, and you don't want it to, but you also want to see what happens when it does.  That's suspense.  The fact that Sturges is making you laugh the whole way changes nothing.

But "suspense" is a genre anyway, I guess, and maybe the way to define it is to say it's like Christmas in July except there usually aren't as many jokes and somebody gets killed.  Of course the very haziness of "suspense" as a genre allows it, or forces it, to blend and mix with other genres.  Most often, it mixes with mysteries, but it can also mix with horror, to the point where the suspense and the horror become the same thing.  Horror writer and critic Douglas E. Winter often likes to point out that horror isn't a genre, it's an emotion.  Well, so is suspense, kind of -- it's at least a symptom of any number of emotions.  So reading today's topic for discussion, Thomas Hinde's The Day the Call Came, I can be very conscious that whatever the genre "suspense" is, it is this, certainly.  At the same time, however, it's a suspense novel that evokes dread in a way that directly conflicts with the way suspense, as we think of it, typically does.

I hope that was just confusing enough.  The Day the Call Came, which has just been reprinted by Valancourt Books, was first published in 1964.  It was the seventh novel written by Thomas Hinde, whose real name is Sir Thomas Willes Chitty (there are at least two of historical Thomas Hindes, one a newspaper editor and minister, the other a surgeon, both American; I don't know if Chitty took his pseudonym from either one).  Hinde is still with us, but around 1980 he mostly abandoned fiction (the one exception is a 2006 novel called In Time of Plague) and moved on to writing non-fiction about, among other topics, gardening and the English countryside.  This is a very English thing to do, which I mean in the best possible way, akin to Derek Robinson writing about rugby and Robert Aickman's books on local waterways, though Hinde's gardening and countryside non-fiction is possibly closer, in a way, to Kingsley Amis's drinking guides, because those topics are to The Day the Call Came as booze is to just about every novel Amis ever published.

The story of The Day the Call Came is elegantly and malevolently simple:  Harry Bale lives in a British country suburb.  He's a skilled gardener and farmer, and is married to Molly with whom he has two children, Dan and Peggy.  Bale is our narrator, however, and right off the bat -- even before we know the details of his job and family life -- he lets the reader know that all that stuff is secondary.

That was the day the call came.  It came without warning.  For years I'd known it would come, sooner or later.  I'd got used to knowing it would come.  I'd stopped expecting it.

Bale informs us, not in so many words but still very clearly, that he works for somebody, some organization or shadowy group, someone behind the curtain, possibly a part of the government, possibly not, there's no indication either way.  What, exactly, they want Bale to do is also uncertain -- to us, not to Bale.  But everything in his outer life, though he says he loves his family, is a mask for this other mission, and as we meet him he has been given his orders.  The call of the title is not a phone call, but rather a typewritten note Bale finds on his mantel, which, when he finds a private moment to read it, says "Stand by."  As a call to arms, this wouldn't seem to offer much in the way of motivation, but it changes Bale utterly, or unleashes something that has been pent up within for years.  What it unleashes in an unending paranoia.

The truth about Bale and his "mission" is never very much in doubt (I tried doubting it for a while, just to see what would happen, but I couldn't really make a go of it).  We are certain of who Bale is when he begins to think about the note, the envelope it came in, and its source:

It was late that evening, as I was tapping the barometer in the farm office, that it occurred to me that I might have typed that note myself.  The idea seemed to float into focus as if I had been half seeing it all day.  You may think that once I had recognized it I should have been able to accept or reject it at once.  It wasn't so simple as that.

Though this kind of thinking, and a certain level of self-awareness about his own brain and memory lapses, is always somewhere within Bale, he either forces himself to push through it for what he believes is the greater good (whatever that can mean in his particular case); either that, or it drifts away once he locks on to a new target for his paranoia.  Along with Bale's family, the cast of characters in The Day the Call Came is filled out with his neighbors, a swath both broad and narrow of personalities, many of whom Bale personally likes.  Indeed, much of the action, such as it is, in the novel takes place around cocktail parties, both thrown together and planned, during which Bale comes to suspect that each neighbor, each friend, is in fact on the opposing side of the group, whatever it is, that Bale "works" for.  He'll see one couple outside whispering, and he will simply know that they aren't discussing some private domestic matter, but rather they are talking about him.  Crucially, Bale's paranoia doesn't only make him believe that his neighbors are villains of some sort, but that they are making fun of him.  The two things are inextricably bound up.  They're against his cause, and they don't like him.  These are the same thing.

As with any good piece of fiction about mental illness (well, about is maybe not quite right, but anyway), there's a strong sense of sadness mixed with whatever level of danger is being aimed for.  In The Day the Call Came, the danger, or the potential of it, feels considerable -- what will Bale's paranoia drive him to?  That it will drive him to something bad is inevitable.  Yet throughout the novel he seems curiously helpless -- if the job he believes he has was a real one, he'd be terrible at it.  He has no confidence in what he's doing, and, on top of that, as I've mentioned he's not always even confident that he's right.  If this isn't common among real paranoiacs, it nevertheless feels heartbreakingly right.

Yet the book -- which is quite short for all it manages to do -- is also very funny.  Hinde has a gift for the perfectly compact comic description, as when he describes a pekingese dog, owned by one of Bale's neighbors, entering a room full of people:

After Percy came his peke, trotting with busy efficiency, stopping and standing as if to say, 'All right, explain if you can.'

Or later, when Bale, with ulterior motives, visits the Draycotts, the neighbors about whom he first becomes suspicious, to lend them camping equipment as they're in the midst of packing their car for their trip.  Having packed the car, and with the family itself now entering the car, Bale observes:

Rene, in front, was sitting on a pile of rugs so that her head was close against the roof and forced forward on to her chest.  In this position she had turned it sideways to peer at me through the top inch of the window.  I thought something might be preventing her from turning it straight again.

It was all their own work.  Alone and with no vindictive outside interference they had spent two hours working themselves into this condition.

Along with being funny, this passage also indicates that the truth of what he considers the veil of their daily lives is still something Bale takes at face value.  It's something he'd like to be able to do all the time, but he can't.

This kind of writing also helps feed the horror of The Day the Call Came, which is quiet, mostly hidden, and only once front-and-center.  But the dread of what Bale is possibly capable of, and even of what, as we read his story, may have already done, is a constant underlying hum.  In his introduction to the Valancourt Books reprint, horror writer Ramsey Campbell mentions his appreciation of a line the significance of which blew right by me:  "I'd liked my family."  The final pages of the novel are both grotesque and then more subtly horrifying -- Hinde is always blending so many things, so many tones and thoughts and ways of thinking, that both sympathizing with Bale, even to the extent that you might actually hope he's right, and fearing that he'll finally go too far, can run along parallel lines, at roughly the same speed, through the reader's mind.  Or not -- the success of the novel doesn't depend on this.  But it does lose you in the head of one man, and in his eyes, and his observations and calculations can only be your own, in the sense that they're the only ones you truly know.  Bale is unquestionably wrong, and he's also dangerous, but only because he cares.
Posted by bill r. at 7:20 AM

Labels: The Day the Call Came, The Kind of Face You Slash, Thomas Hinde

I've actually started recently on this book, along with a couple of other Valancourt reprints, namely John Blackburn's A Scent of New Mown Hay and Richard Marsh's The Beetle and I say it's quite a read.