The Kind of Face You Slash - Day 8: The Woman Chews

I have this book here in front of me, it’s called The Woman, and it was written by Jack Ketchum and Lucky McKee. If any of this is ringing any bells, that’s probably because earlier this year at the Sundance Film Festival, a film called The Woman, directed by McKee and written by McKee and Ketchum, made its premiere. To much uproar! Or anyway, a couple of walkouts, one very vocal example of which was caught on video and posted on Youtube, presumably so that we could all gesture with our thumbs over our shoulders at the very angry man and say things like “Get a load of that square” and “That guy sure is square.” Admittedly, the gentleman has apparently never quite processed the whole “it’s only a movie” approach to life, and I haven’t seen the film in question anyway, so what do I know about it? Well, let me refer you back to sentence number one of this post – I did read the book. So what’s all this hubbub about? Here’s the back cover copy for Dorchester Publishing’s trade edition of Ketchum and McKee’s short novel:

The Woman is the last of her kind, the lone survivor of a tribe of feral cannibals who have terrorized the Maine coast for years. She is wounded and weak, but she’s found refuge in a cave overlooking the sea. Christopher Cleek is an amoral – and unstable – lawyer who sees her bathing in a stream on day while he’s out hunting. He follows her to her cave. Cleek has dark, cruel secrets and he will now add one more. He will capture the Woman, lock her in his cellar, and attempt to tame her, with the help of his wife and children. But very soon the question will become: Who is more savage, the hunter or the prey?

Hey, can I guess? Because I think it’s the hunter.

Fuck, I was wrong! It was the prey! It turns out the part about her being a feral cannibal wasn’t just character shading – it actually becomes pretty important down the road. 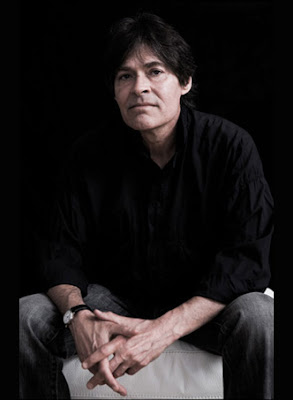 As one would expect from anything bearing Jack Ketchums’ name. What has, for whatever reason, gone unspoken in the press for The Woman, book or film, is that it is the third story in a series about this cannibal tribe. First, there was Off Season, which must count as Ketchum’s signature book, and published in 1980. As advertised, it is about a tribe of cannibals who cannibalize people ferally. Much skinning and mutilation, as I remember – so less feral so much as sadistic, maybe, as “feral” implies a kind of functional brutality. The function of some of the more sexual maulings escapes me. But let’s not quibble about that – next came Offspring from 1989. That one brought in the child cannibals, by which I mean children who are cannibals, but still some adults, too (one of those adults, I’m led to believe by Ketchum and McKee, would go on to become the title character in The Woman, something I’m going to take their word for). This is also when Ketchum really decided to start hammering on the idea that we normal people, you and me – what’s so great about us, exactly? Did you know that there are people who kill other people? And not feral cannibal people, I mean, like, lawyers, or anyway, people with jobs and cars. So who, finally, is the real feral cannibal? In our society?

So in other words, Jack Ketchum (who I’ve covered here before) is one of those guys who writes about the most graphic and repugnant violence, but he makes sure that you know he’s frowning the whole time. It gives him no pleasure to write, as he (and/or McKee, I suppose, but I’m letting him off the hook, in case you couldn’t tell, because I’ve read lots of Ketchum, and McKee is a film director by profession – I think it’s fair to assume that this work of prose is primarily Ketchum’s thing) does in The Woman:

The Woman digs her thumb and forefinger into those eyes and they pop like pits from ripe fruit and roll across her cheeks. She leans down and quickly bolts first one and then the other. Then her teeth find the soft flesh of [Belle’s] cheek.

That, just so’s you know, is nothing, and, make no mistake, this is the entire reason behind Ketchum’s cult status. The Woman contains not only torture and rape and cannibalism, but incest and child abuse and kids born without eyes and made to live like dogs, because remember the dude behind all this shit is a lawyer, and so the more a writer like Ketchum is willing to pile on, while writing at a level on just the good side of competent, and a shade over into the bad side of up-his-own-ass, the more apt horror fans are, evidently, to regard this stuff as the Real Thing. Also he wants you to get a boner because maybe there’ll be some lesbian stuff later. 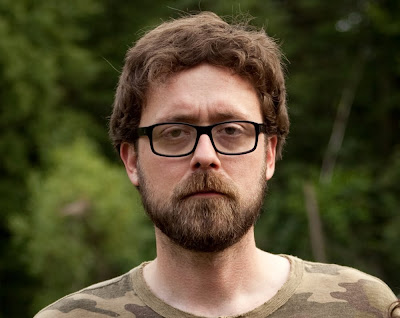 I’m assuming things about Ketchum’s motives here, but understanding what we do about The Woman – it’s seriousness and pretensions as typified by lines like “An owl, perched somewhere, calling to his mate. Stilled by the crash of waves”; it’s sort of, I guess, er…feminism? as typified by the fact that the main character is a woman who gets raped and exacts brutal vengeance, before taking two younger, abused-by-men females under her wing – understanding all of that, what does one make of this passage, about Belle, villain Christopher Cleek’s wife, who is none too happy about any of this business, but is too scared of her husband to really speak out, grudgingly washing down the chained up Woman:

[Belle] moves down to [the Woman’s] face and neck, drying these quickly because gun or no gun and even with the towel between them she doesn’t like the proximity of that goddamn mouth of hers [From here on, I’m going to let Ketchum/McKee’s refusal to distinguish between all the “she”s and “her”s stand – Ed.] She dries each arm and as she does she realizes that her husband’s done his job quite well, if brutally. She’s pretty clean. Not much grime coming off on the towel at all. But then comes the hard part.

Her torso. Her breasts and belly. Her privates.

She doesn’t want to touch these. But Chris is expecting her to so she does and as she does [useless italics Ketchum/McKee’s – Ed.] , as she runs the towel over her breasts, a curious thing happens. There’s a tingling where there shouldn’t be. That’s not possible, she thinks. That’s ridiculous. So she runs the towel roughly over her belly and even more roughly over her ass and the fur between her legs – she thinks of it as fur, not pubic hair. But there it is again. That tingling.

Wait, whose privates?? Well, whichever, the point is where did this come from? It’s even more baffling because it goes nowhere – Belle rejects this lesbian desire, and it is never mentioned again, and then later she gets her eyes eaten out of her face. Still, all this talk of privates and tingling and asses, is clearly there to titillate, and to get the reader actively anticipating the relationship between these two women to get cranked up a notch. It is perhaps the purpose of all this to smack the reader down for even wanting something like that in a book so filled with brutality and anguish (and Ketchum sort of has a point, what the fuck is wrong with you?), but then also, Peggy, the oldest Cleek daughter, has a teacher named Genevieve who tries to help her, and Genevieve is an open lesbian – and hot! Not that she’s going to do anything with Peggy, mind you – she genuinely just wants to help the girl. Except, there’s that bit where Genevieve clues into something being wrong with Peggy because Peggy is covering up her body and Genevieve thinks teenage girls should flaunt themselves. But anyway, Genevieve ends up getting eaten by a bunch of dogs and an eyeless ten-year-old child. I’ve decided there’s nothing strange about any of this.

If you want one more example of the basic thoughtlessness behind Ketchum’s writing and his “radical feminism”, in the edition of The Woman described earlier, the short title novel is followed up by a kind of sequel, a short story called “Cow” (I have no idea if McKee had a hand in this or not). I’m not going to summarize the story (okay, there’s a lot of cannibalism, but that’s all I’ll say), but the narrator is a young man who is not killed so that he can be used to repopulate the currently all female tribe of feral cannibals. Here’s when the guy realizes his fate:

To be milked and milked again.

Male cows, or cattle, are called bulls, and when they are kept by farmers to breed with females, they are called “studs.” You dumb stupid idiot.
Posted by bill r. at 8:00 AM

Labels: Jack Ketchum, Lucky McKee, The Kind of Face You Slash, The Woman

Funny. So now you have to see the movie and let us know what you think. I actually rather liked the Ketchum adaptation THE LOST, though it's draggy in places and could use some editorial snap. But it's done with a sort of fearlessness/brutality that I responded to.