The Kind of Face You Slash - Day 14: Furious and Ruined 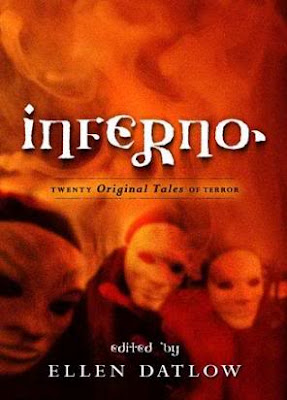 It seems to me that four years after its publication, and after four years of pulling it off the shelf with the intention of including it in my horror reading in October, maybe now's the time to actually crack into editor Ellen Datlow's 2007 anthology Inferno ("It is astonishingly good," claims Peter Straub) and see what's what. That's the one whose stories Datlow hopes, according to her introduction, will:

...provide the reader with a frisson of shock, or a moment of dread so powerful it might cause the reader outright physical discomfort; or a sensation of fear so palpable that the reader feels impelled to turn up the lights very bright and play music or seek the company of others to dispel the fear; or to linger in the reader's consciousness for a long, long time after the final word is read.

To me, that's expecting an awful lot. The more horror one reads, after all, the less likely one is to experience any of those sensations. I might even argue that as one gets older, one is similarly less likely to ibid. None of this is impossible, of course, but I'd say it's rare enough that to expect to read an anthology made up entirely of such stories is to reveal yourself to be horribly naive, or entitled, or both.

But hold on there. Look, I don't have much to go by here, having only read two of the stories in Inferno, but if I feel even the mildest whisper of what Datlow says she wants from these stories -- physical discomfort, shock, true fear -- then I may have to start writing my apology letters. The two stories I chose were "The Monsters of Heaven" by Nathan Ballingrud, and "An Apiary of White Bees" by Lee Thomas, and four years ago, when I first bought Inferno with the specific intention of plundering it for this series I selected these stories entirely because I liked their titles -- that, and because I'd never heard of either writer, but mainly the titles. What hooked me about the titles I couldn't really say now (well, I do know I liked the idea of white bees), and in fact I've spent so much time waffling over reading these stories that whatever power the titles once had for me has badly waned. But if nothing else, I was committed to these two, and one of them is very good, and the other one is excellent.

The very good one is Lee Thomas's "An Apiary of White Bees", and it's quite an odd one. Thomas has been around a little while, and has published quite a bit, but he was completely new to me. I have no idea if "An Apiary of White Bees" is typical of him, but if it is his fiction might be unique in its ability to cause its readers discomfort. The story is about a man named Oliver Bennett, a man of old family money who is nevertheless not judged for this, which in itself is unusual in horror fiction. Now the owner of an opulent hotel called the Cortland, at the behest of his cruel and egotistical wife, Amanda, Oliver has recently found himself also the owner of what originally appeared to be a bunker of some sort, buried underground on Cortland Hotel property, but which upon opening turned out to be what one character calls a "hooch hut". This means that it was a storehouse used by Davis Cortland, the hotel's original proprietor, to store liquor for his clients back during Prohibition. Inside this hooch hut is a wide array of booze, including four unlabeled crates that contain hexagonal bottles, slotted into the crates like segments of a honeycomb. Curious, Oliver can't help but sample this stuff, and while the physical effects are initially alarming, Oliver very quickly becomes very fond of it, finding it very relaxing, and rapidly addictive. 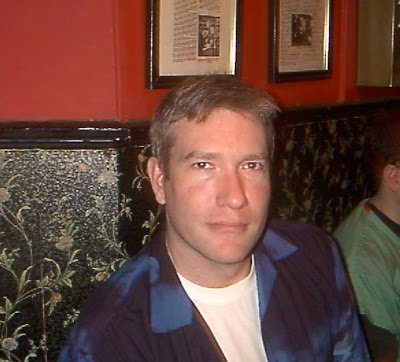 Not just that, but it seems to transport him back, at least mentally, to his childhood, specifically to a particular day when he had a sexual experience with another boy. Far from appearing shocked by this memory, as you might expect from a man who is publicly heterosexual, though his marriage is not a happy one, and who has evidently forcibly submerged any homosexual urges or even memories, Oliver seems to seek to flesh out this memory by continuing, as the story goes along, to nip at the intoxicating contents of those odd hexagonal bottles.

There is a great deal more, including white bees. The history of the Cortland Hotel and especially of the Cortland family, which is filled with mysterious deaths, incest, and perhaps witchcraft, becomes hugely significant, and the reader comes to the unavoidable conclusion that Oliver Bennett should have never bought this hotel. This might sound a little bit standard in summary, but it is not in practice, and there's something about the hazy way Oliver, reckless and completely oblivious to consequences even though he alone among the characters knows something of what's going on, that makes "An Apiary of White Bees" quite disturbing. Less what happens (although that too, at times) than how Oliver reacts to and absorbs it all. A weird, uneasy, psychologically forked story, this one, and worth seeking out.

The excellent story is Nathan Ballingrud's "The Monsters of Heaven." Like Gerard Houarner's "The Other Box" from yesterday, Ballingrud's deeply disturbing story centers around a missing child, Toby, four-year-old son of Brian, whose descent into useless grief and alcoholism this story charts. Brian drinks, fantasizes about violent retribution against whoever took his boy, and he and his wife pull apart -- again, all rather standard as a set up, but Ballingrud is a terrific writer who can reveal the emotional devastation of a moment with terrific precision, as here when we're told about the day Toby disappeared, on a day when Brian, Toby, and Toby's dog Dodger are enjoying their time at the neighborhood playground. Brian dozed off while Toby was playing with some teacher-supervised schoolchildren, and when he awakes:

"Where's Toby? he asked the dog, and climbed to his feet. He felt a sudden sickening lurch in his gut. He turned in a quick circle, a half-smile on his face, utterly sure that this was an impossible situation, that children didn't disappear in broad daylight while their parents were right fucking there. So he was still here. Of course he was still here. Dodger trotted up to him and sat down at his feet, waiting for him to produce the boy, as though he were a tennis ball. 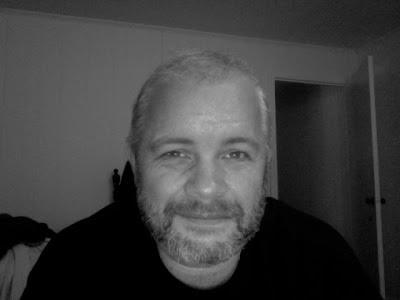 For much of the story, the dissolution of Brian and his marriage is parallelled by a running news story, witnessed on TV while Brian and his wife are doing other things, about strange creatures being found throughout the area:

On television the news was filling with the creatures, more of which were being discovered all the time. The press had taken to calling them angels. Some were being found alive, though all of them appeared to have suffered from some violent experience. At least one family had become notorious by refusing to let anyone see the angel they'd found, or even let them out of their home. They boarded their windows and warned away visitors with a shotgun.

It is perhaps enough now to simply say Brian finds one of these creatures and brings it home, and it has a profound impact. "The Monsters of Heaven" is one of my favorite kinds of horror story, one where a human, earthly story carries on along one track and meets up with a separate story of haunting, otherworldly strangeness. And the fact that none of the characters seem to react too much -- the main ones, at least, who have quite a lot else going on -- just heightens everything, including the sense that outside of the bubble that contains Brian and his wife, the world has gone mad.

As of 2007, Nathan Ballingrud, according to Ellen Datlow's story introduction, had only published a handful of stories. Since then, according to his website, he's written a bit more, and has a few more forthcoming -- he's also been working on a serialized story (novel?) called The Cannibal Priests of New England on his site, so that's good, but it still feels like it's not enough. Still no story collection, for example. Please, Nathan Ballingrud -- put one together. I'll buy a copy.
Posted by bill r. at 8:21 PM

It is wonderful, one of the best things I've read so far this month.