The Kind of Face You Slash - Day 16: Thermoclines of Particulate Matter

Another quick one today. Way the hell back in September, as I was browsing my various anthologies for ideas about what to read, I came across two in separate books that seemed written specifically to be paired off by me in an easy display of my eagle-eye for thematic dovetails. Something like that, anyway, both stories are retelling of classic horror films from the point of view of the creature, kind of pop culture variations in miniature on John Gardner's great novel Grendel. I was quite excited to read both stories, because in theory this sort of thing can and should be a lot of fun, though how seriously any of it should be taken I couldn't and haven't decided (for myself, I mean -- you guys should decide for yourself, by all means!) -- there's not really much difference between this sort of fiction and the rash of film remakes we/you have been intermittently enjoying/suffering through. But good is good, I always say, and as often as I dig my fingernails into the flesh of my upper leg until I bleed to keep from lashing out at those around me every time I'm in a bookstore and see the three-dozenth Mr. Darcy, Mad Scientist or Hester Prynne, Witchfinder chunk of bullshit, I was, I must say, game. 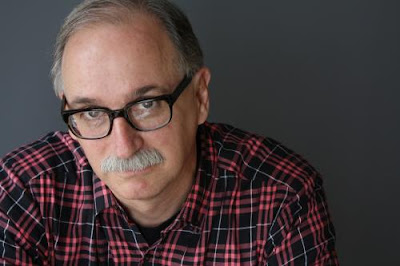 And the first story justified my optimism. Called simply "The Creature from the Black Lagoon", it was written by Jim Shepard, a "mainstream" writer who I've long wanted to read, and who is no stranger to incorporating existing films very prominently in his fiction (though I don't believe either of these is as literal in its associations as "The Creature from the Black Lagoon" is, two of his novels are titled Project X and Nosferatu). This story is simply what I've described: a retelling of the 1954 Jack Arnold film, as viewed by the creature. Near the beginning, Shepard writes:

My mouth was razored with shallow triangular teeth. I lived on fish that I was poorly equipped to catch. I killed a tapir out of boredom or curiosity but it tasted of dirt and parasites and dung. For regularity I ate the occasional water cabbage. I'd evolved to crack open ammonites and rake the meat from trilobites. Instead I flopped around after schools of fish that moved like light on leaves. They slipped away like memories. Every so often a lucky swipe left one taloned.

Shepard's prose is full of this kind of conversational poetry, and the creature, while a primitive animal, nevertheless believably, somehow, possesses this vocabulary. And sardonic wit, too -- his name for the character Richard Carlson played in the film is "Baby Sloth" because he "watched his own arms whenever he moved." The creature thinks little of the humans who have suddenly invaded his home, but he does become enraptured by the woman among them (Shepard wonderfully recreates the famous underwater dance/mirror scene). Shepard does want to humanize the creature, but he doesn't blink at its savagery (on killing two men: "I enjoyed throwing them about"), nor does he create a creature who rages against injustice, like Gardner's Grendel; by the end, the creature's sense of the overwhelming vastness of biological history is against him, and even he is "rooting against me", and mocking himself as an "oafish variant on a theme." Shepard's "The Creature from the Black Lagoon" is a terrific story, changing nothing from the film, expanding only on things that could be assumed, and adding a beating heart that Arnold's, to my mind, hugely enjoyable film doesn't make much room for.

Then we have Peter Watts' "The Things". This is, of course, a retelling of John Carpenter's The Thing, itself less a remake of the Hawks/Nyby film than a straighter adaptation of the origin story for both, John W. Campbell's "Who Goes There?" So Watts' story is a little bit...well, "What's new?" is sort of what I asked myself. And why ask it of Watts' story and not Shepard's? My reaction, I submit, is actually not fair, but knowing this did not keep my eyes from glazing over as I read passages in "The Things" such as this:

I'm used to finding intelligence everywhere, winding through every part of every offshoot. But there was nothing to grab onto in the mindless biomass of this world: just conduits, carrying orders and input. I took communion, when it wasn't offered; the skins I chose struggled and succumbed; my fibrils infiltrated the wet electricity of organic systems everywhere. I saw through eyes that weren't yet quite mine, commandeered motor nerves to move limbs still built of alien protein. I wore these skins as I've worn countless others, took the controls and left the assimilation of individual cells to follow at its own pace. 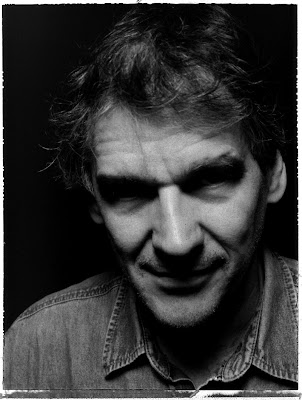 This is Watts writing from the mind, or hivemind, or Grand Collective Consciousness, or whatever, of Carpenter's The Thing, and there is a great deal of this in the fifteen page story. I acknowledge that this passage may not actually seem bad to you, and I would agree that objectively, it probably isn't. "The Things" is by no means badly written. Or even, within the, by definition, rather unimaginative sub-sub-subgenre "The Things" (and Shepard's story) is a part of, actually unimaginative (relatively speaking). But it is a story I don't care about.

The approach Watts takes to the film's action will no doubt interest a lot of people, and I gather already has. First off, Watts makes clear right from the opening where he stands on the whole "Has Childs been taken over by the end?" question when he writes: "I am being Childs. I am guarding the main enterance." This question, by the way, seems to have been answered to the satisfaction of almost everybody, since nowadays ambiguity is not a possible end to itself, but an enemy that must be defeated. But from Watts' point of view, and for the sake of his story, he really couldn't go any other way. But is it necessary to make it clear that Copper, the doctor who gets his arms bitten off by the guy's chestmouth, was also assimilated at one point? Doesn't that sort of mess with the suspense? Does that matter, this being a retelling of a film Watts' readers will know very well? The whole idea seems to be to simply contrast how this alien being exists, and how we exist. Its life compared to our lives. And while the alien clearly thinks its brand of Biological Space Communism is the way to go, Watts, by the end, just as clearly thinks human beings are pretty nifty. But sort of doomed, as Watts' pseudo-shocking last line conveys.

I just don't like what Watts is doing with this material, and worse, I can't make it matter. I love Carpenter's film, and it's such a well-made piece of work that even Watts' obvious skill can't dint or alter it. No, I think as I read Watts' claim that basically everybody but MacReady has been assimiliated before they ever sit down for the blood test, that doesn't happen in The Thing. It will not color my thinking of the Carpenter film. You flew hard, but you bounced off.
Posted by bill r. at 5:03 PM

Fine, smart reviews, as always. The Watts story sounds like "professionally" penned fan-fiction to me, a genre whose entire existence would cause me to ask "Why?" if I cared enough about it. But I don't.