.
Charles Beaumont was diagnosed with Alzheimer’s Disease when he was in his late 30s. He died in 1967 at the age of 38, looking a good deal older than that. As his legacy, he left one novel called The Intruder (later filmed by Roger Corman), scores of television scripts, including several classic episodes of The Twilight Zone (some of which were based on his own fiction), screenplays he either wrote solo or in collaboration, often with his close friend Richard Matheson, for films like The Masque of the Red Death, The Seven Faces of Dr. Lao and Burn, Witch, Burn, and dozens of short stories, the best of which (supposedly, though I haven’t read outside of this collection to judge for myself) were collected in 1988 by Roger Anker, for a book called The Howling Man (surely you remember that Twilight Zone episode, right?).
.
Though I can’t remember for sure, it’s almost certain that I first heard about Beaumont through Harlan Ellison, or Stephen King, or some other genre writer with a formidable grasp of the history of their fields, who frequently, and with excellent reason, bemoans the good or great writers lost to time, either through neglect or, as I suspect is more likely the case with Beaumont, due to an early death that prevented a larger body of work from being produced, and more easily remembered. Whatever the case, I did, fortunately, learn about Beaumont, and even more fortunately snagged a copy of The Howling Man from a library sale many years ago. I’ve read from it sporadically since then, starting, of course, with “The Howling Man”, and moving on to “Miss Gentilbelle” and “Free Dirt” and “The Vanishing American” and “The Crooked Man”. Intriguingly, this last story highlights a certain fearlessness Beaumont had towards writing about certain social issues, in this case homosexuality. That’s not the intriguing part, though – what struck me is that the angle from which Beaumont approaches the issue is the exact same one used by Martin Amis in his story "Straight Fiction", published some 40-plus years later. By no means am I suggesting Amis lifted anything from Beaumont, because I sincerely doubt he’s ever read a word of Beaumont’s fiction. It’s just that some forgotten writers were doing things a long time ago that modern writers are being saluted for (well, maybe not saluted, in Amis’s case, because for a while now a new Amis book gets met with unsheathed knives, but you see my point).
. 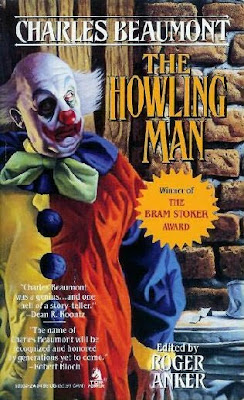 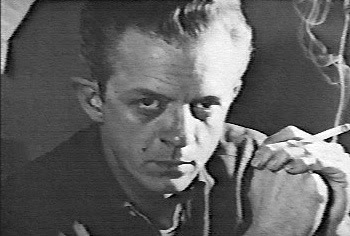 Yep, just as you say, I can't recall if it was King or Ellison who got me to read Beaumont. I've got a couple vintage copies of his collections that I've read gingerly over the years. Used to see that Tor edition in used bookstores a lot before the internets but for some reason never bought it. Now it goes for collectors' prices. He's definitely an essential read for people who want to broaden their knowledge of the horror/fantasy/what have you genres.

I think it goes without saying, or repeating, that if you have "The Hunger" in any of your Beaumont collections, I think you should read it.

I had no idea Beaumont died so young. That's awful. I watched The Howling Man episode of The Twilight Zone a few months back (you may or may not recall a status update I did on it) and it's just so good. I love Beaumont and Matheson's episodes of the show so much. Again, I'm unfamiliar with his written work for the book market but this is one collection I'd pick up based on his name alone.

I do remember that status update, and also talking about that episode with you, and others, over at C-Styles (as I call it, privately, to myself). That's one of the seminal episodes, no question.

His ending was very sad. It all happened rather suddenly, from what I can tell, and I still can't get over the idea that he developed Alzheimer's in his 30s. I've never heard of that happening before. In THE HOWLING MAN (the book), there's a brief but very touching foreward by Beaumont's son Christopher, who was fairly young when his father passed away, but relates a strong memory of being a kid and falling asleep every night to the sound of his dad pounding away on his typewriter.

The most striking thing about Beaumont is how timeless the prose is. Even the best of his peers, like Matheson and Bloch and so on, have a tinge of datedness to their stories -- I don't even mean that in a bad way, because for me that's part of the charm of that era of genre fiction. But Beaumont's stuff didn't reall have that. It was just pure -- he was a born writer, that guy.

I have nothing insightful to add except "amen". I'm lucky enough to have stumbled across a copy of that same edition at a library sale years ago. I've passed it around to alot of friends in the years since.

I've always been fascinated by that California School of Ellison, Matheson, Beaumont, Nolan, etc. Something about banging out great little horror stories in between scripts for Serling and Corman with the Pacific crashing home in the background struck me as the best of all possible worlds for a writer.

I think I discovered Beaumont through his work with Roger Corman, although possibly from "The Twilight Zone". I've been a fan for a long time. Nice write up.

Neil - Thanks. The first Beaumont work I was ever conscious of, in that I saw it and noted his name, was BURN, WITCH, BURN, which is a really great adaptation of Leiber's CONJURE WIFE that he co-wrote with Matheson.