The Kind of Face You SLASH!!! - Day 17: Surely There Must Be Total Darkness

.
In yesterday's mail, I received a mysterious package. It arrived to me from overseas -- from England, to be specific -- and was posted to me by someone who went by the name "Al". In the package was a book and a note, the note assuring me that "Al" was "sorry for the delay". None of this made any sense to me whatsoever, but the package had clearly been addressed to me, and the note was to "Bill". Perplexed, even slightly ill at ease, I examined the book. It was called The Seventh Pan Book of Horror Stories, said stories having been "selected" by one Herbert van Thal.
. 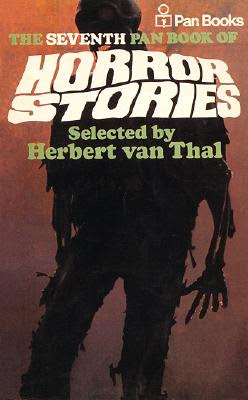 This "Al" fellow clearly knew my tastes. Glancing at the table of contents, I saw tales by Patricia Highsmith, R. Chetwynd-Hayes, cult science fiction author Harry Harrison, as well as several writers I'd never heard of (though it seems plain that Van Thal is somewhat keen on such enigmatic figures as Dulcie Gray, John D. Keefauver, William Sansom, and Martin Waddell, as each gets two stories in this slim volume). Unquestionably, Al wished me to read from this book, and finding myself with some time on my hands earlier this morning, I decided to sample what was on offer -- though not feeling terribly adventurous, I went with established names, which is to say, I chose the stories by familiar names Harrison, Highsmith, and Chetwynd-Hayes.
.
I've never read Chetwynd-Hayes (or Harrison, or not all of anything by Harrison), but I knew that though his name indicated to me that he scribbled during the late 19th century, and into the dark beginnings of the 20th, he actually was born in 1919 and didn't pass on until 2001. I also knew that his short horror fiction had been plundered for more than one horror anthology film, such as Amicus's From Beyond the Grave, and The Monster Club, in which Chetwynd-Hayes is actually portrayed by John Carradine. For some reason, these scraps of knowledge cohered in my mind to make Chetwynd-Hayes a Writer I'd Like to Read, and so his story in The Seventh Pan Book of Horror Stories (a story that, on that contents page, has a check mark penned next to it -- is this the work of "Al"?), called "The Thing", was the first one I read.
.
And I loved it. Both this and the Highsmith story are rather short -- not short short, as yesterday's stories were, but brief -- and what's most appealing about "The Thing" is how much of it feels like an anecdote told by a born storyteller, of the English, gimlet-eyed variety. Our narrator is a man who views getting drunk as a hobby, and who orders six whiskeys at once to save himself the trips. He does this at the stories open, takes his seat at a table, and notices the lovely white back of a young woman sitting on one of the bar stools. The woman senses his leer and turns around, winks at him, and then approaches his table...
.
I sighed deeply and downed my second whiskey to wash away my disillusion, for surely the strangest part of a man's make-up is that he will pawn his soul for what he thinks he cannot have, but will turn his head in disgust when he learns it is will within his means to buy it.
.
That fairly represents the tone that Chetwynd-Hayes strikes throughout much of "The Thing", before events turn towards the strange. This comes in the person of a young man who enters the pub, and whose youth reminds the narrator of a piece of fruit that never ripens properly and possesses "a soft green skin full of corruption, that will fall to the ground at the first breath of autumn." With this young man, and more to the point, is a creature, "a Thing" that only the narrator can see -- it has a "a dead white face; a face made of wax" and "eyes of terrible hunger", and it appears to mimic everything the young man does. And eventually, that young man makes his way to the narrator's table.
.
It's all rather like Graham Greene or Nigel Balchin got it into their heads to write a horror story, and a find job they did of it, too, through the pen of R. Chetwynd-Hayes. "The Thing" really is quite good, both in its imaginative and unnerving premise, and in the easy, entertaining, scornful indifference of the prose.
.
Highsmith's story doesn't have quite as much meat on its bones as "The Thing", but still manages to be entirely effective. Called "The Snail Watcher" (and also checked by Al -- or someone -- on the contents page), the story has a certain Roald Dahl-esque flair about it, and would have been right at home as an episode of Alfred Hitchcock Presents, if a proper adaptation of it wouldn't have possibly exceeded the budget of that show. The other easy comparison to make are the stories in Highsmith's own collection The Animal Lover's Book of Beastly Murder, and in fact I was quite surprised to discover that "The Snail Watcher" is not included in that book.
.
It's the story of Mr. Peter Knoppert who, one day, while passing through his kitchen and noticing the living snail that are waiting in bowls to be served at that night's dinner, becomes obsessed with the slimy, be-shelled little creatures; specifically, and disturbingly, their mating rituals. So obsessed that he declares that no snails shall be served that night, and he begins acquiring more and more snails, and urging them, successfully, to mate, that eventually his study is overrun.
. 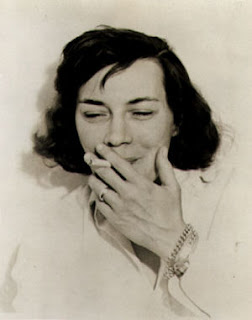 The difficulty in writing about a story like "The Snail Watcher" is that a million stories like it have been written over the years, and most of them have probably been read by you. Highsmith isn't offering any new ideas; all she's bringing to the table is her typically wonderful writing, which comes across best at the very end, when she delivers a wonderful last line, and portrays an everyday creature in terms of an alien intelligence that surrounds us constantly, and that we take lightly at our peril.
.
More consciously "about something" than either the Chetwynd-Hayes of the Highsmith story is "The Streets of Ashkelon" by Harry Harrison (unchecked by Al...). A very pure science fiction story, of the 1960s variety -- very little in the way of tech, and instead all extrapolated social questions and philosophies -- up until its final few pages, which explain its inclusion in a horror anthology, "The Streets of Ashkelon" is about a brief cold war between a space trader named John Garth, who does his collecting on a planet called Wesker's World, where he lives among a peaceful, intelligent, and exhaustingly logical alien race; and Father Mark, a Christian missionary who bought his passage to Wesker's World on another trading ship, and whose arrival on Wesker's World both surprises and angers Garth. Garth is angry because he's an atheist, and he dreads the thought of what Father Mark's gospel will do to planet's natives, who are free of any religion of any kind.
.
So the two men butt heads, and Harrison's sympathies are pretty obviously accounted for. My one big complaint against "The Streets of Ashkelon" is that, because he clearly has no time for religion himself, Harrison is either unwilling or unable to provide Father Mark with any intelligent points of is own -- every counter he offers to Garth, or answer to the questioning natives, is essentially "Just believe things, that's all." Anyone who thinks, whatever their own views, that's as far as religious thought has taken us, even by 1966, hasn't been paying attention.
.
Ultimately, this is only "rather annoying" rather than "crippling", because the direction Harrison has in mind is not only effective as a bit of storytelling, but also cruelly logical, philosophically powerful, and just plain nasty. Harrison does just enough in creating these inhabitants of Wesker's World, and making the reader understand their thought process, that where we wind up makes perfect sense. In getting there, Harrison might hammer on the "issue" element of his story, but frankly that's one of the things I like about mid-century science fiction, and one of the things I miss about the genre when I don't read it for a while. This brand of SF 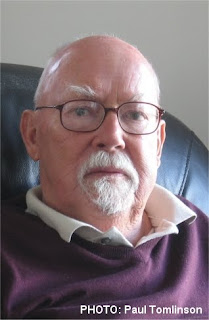 was unabashedly about things, and yet the best writers somehow thrilled as storytellers at the same time. Talk about your lost arts.
.
So that's it. What Al intends for me to do with The Seventh Pan Book of Horror Stories is anyone's guess, although it is true that I do now possess his address, or, at any rate, an address. I'm tempted to travel there and see what his section of England is like. I imagine vast moors, skittish locals, several old churches... Being something of an antiquarian myself, I think an excuse to exercise that hobby, as well as my physical self, is most welcome. But oh, what's this? A sliver of some ancient wood just fell from the pages of the book. I shall now retrieve it from the floor.
.
Oh! I've stuck myself with the sliver! God rot you, you miserable piece of wood! Well, never mind, never mind. I'm only bleeding very slightly. And yes, I do feel a bit dizzy as I go to wash my wound under the kitchen tap, but I imagine there's no connection, and its simply a result of having been seated for so long a period.
.
My, but my head certainly is spinning. And my finger is terribly red -- the tapwater has done nothing for me. It hasn't even stopped the bleeding. Perhaps if I sat down again...oh, heavens...
.
Etc.
Posted by bill r. at 3:42 PM

Really terrific piece, Bill. I look forward to more... Oh, and I'm even more impressed that you're doing this day in/day out throughout October. Excellent.

Well I was going to do it day in/day out throughout October, but now I'm dead! Didn't you read the whole post??

Highsmith (and Chetwynd-Hayes, though to a much lesser extent, from what I've read) also excelled at mixing an off-the-wall, deadpan sense of humor with the horror in their tales, in a way that somehow didn't dilute the impact of the horror at all--a trick that's pretty much all but extinct among horror writers nowadays.

In "Snail Watcher" there's one moment I remember distinctly that had me literally laughing out loud the first time I read it. I don't want to spoil it for anyone, so I'll just say look out for the bit with the wallpaper.

I don't think I've read this Chetwynd-Hayes tale, but I remember another of his that also got a laugh out of me, with its horror-struck protagonist sending a crawling baby vampire flying across the room with a sudden frantic kick.

I can't say I remember getting any laughs from the Highsmith story -- a difference in senses of humor, maybe -- though the Chetwynd-Hayes story is practically a comedy, right up until the point when it isn't. And yes, that's pretty much gone -- not entirely, but pretty much -- from modern horror writing. What modern horror writers find funny is often depressingly other than funny. And not because it's shocking or anything: frequently it's just plain unfunny.

Story is, Highsmith was such a fan of snails, she used to walk around with them on her body under her clothes, and got them through Customs that way.