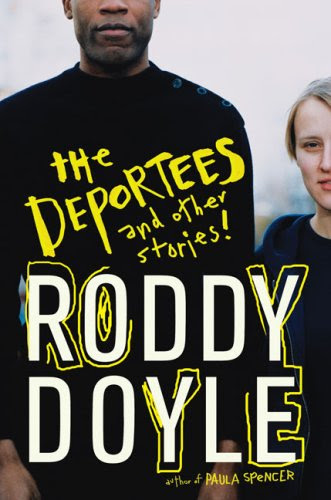 Some of you may have noticed that these last few posts have dealt with writers -- Ian McEwan, Michael Chabon -- not ordinarily associated with the horror genre, but who have written at least one story that fit into the genre. That was on purpose, as the posts are part of a short series, that I didn't bother to tell anybody about. Tonight's post deals with another such writer, a writer among those I would have least expected to tackle horror, Roddy Doyle.

Doyle's wheelhouse has always been what might be described as kitchen-sink comedies. Many of his novels -- like The Commitments, The Snapper and The Van -- revolve around working class Irish families and their mistakes, ambitions, affection, humor, as well as their occasional bitterness, tragedy and alcoholism. With his novel A Star Called Henry (and, presumably, its follow-up, Oh Play That Thing, though I haven't read that one yet), Doyle did take a turn towards, if not exactly fantastic, then at least the highly eventful, but he was still a long way from horror fiction.

Or so I thought, anyway. Though still at best a dabbler in the genre, Doyle has to date written two full-fledged horror stories: one is called "The Child", and can be found in McSweeney's Enchanted Chamber of Astonishing Stories (edited, coincidentally, by Michael Chabon), and the other is called "The Pram", which can be found in Doyle's story collected The Deportees. Today, I'll be talking about "The Pram", as I read "The Child" some time ago, and to write about that one now would go against a rule I set for myself for this project, which is that every story and novel that I read this month has to be something I haven't read before (this rule, you may have noticed, is also something I never bothered to tell anybody). 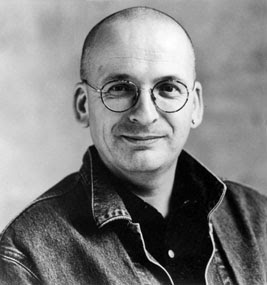 In his forward to The Deportees, Doyle says that each of the stories was written as a kind of mini-serial for a magazine called Metro Eirann. The all of these stories are of an average length for short fiction, Doyle says that they were written and published in 800 word intervals. He never planned the stories, and, as a result, they can sometimes leave a few threads dangling.

Such is the case with "The Pram". This story is about a Polish nanny named Alina who works for a highly unpleasant upper-class Irish woman and her apparently oblivious husband, taking care of their three children: two daughters, named Ocean and Saibhreas, who aren't twins but behave as though they were; and an infant son named Cillian. Alina is a good nanny, but is made uneasy by the two daughters, though she's not quite sure why. A hilight of Alina's day is pushing Cillian around town in his pram. She likes this for various reasons, among them her love of Cillian, and also because she often runs into a handsome man, also an immigrant, with whom she's become infatuated. This is reciprocated by the man, but one day Ocean and Saibhreas get wind of it, and rat on Alina. Infuriated, Alina decides to take her revenge by concocting a story to terrify the girls, a kind of fairy tale about an old woman who pushes a pram around town, stealing babies. But only the female babies. And, while this woman began her terrible deeds in Poland, she, too, has recently immigrated to Ireland.

Eventually, we add to the mix that Cillian's pram may in fact be haunted. It moves when it shouldn't. It makes noises it shouldn't. And pretty soon, two things happen: Alina is the one becoming frightened, not the girls; and the fairytale she'd concocted is essentially forgotten. Not just by Alina, but by Doyle. But did he forget it? I have to say, whoever forgot what, the story works just fine as it is, because a good horror story, in my view, is almost always at least a little bit inexplicable. There's a foreshadowing element to Alina's fairytale that relates to "The Pram" as a whole, but no resolution to that part of the plot; however, instead of that being a frustration, it just helps to make the whole, odd mix of "The Pram" that much more interestingly mysterious. Where the story does end up going is not something I expected, and the finale is, I think now, probably more ambiguous than I'd thought when I first finished. You'll have to read it and tell me.

* * * *
Sorry for the brevity and lack of analysis this time around, but, hoo, it's been a long week. I feel like I posted this just to keep my tally running. Longer, rambling posts should re-commence soon. I just finished a novel that I'll be writing about tomorrow or Monday, and, apart from that, I'll also be back to talking about two short stories per post. Tell your friends! Also, go 'Skins.
Posted by bill r. at 9:55 PM