I'm Not What You'd Properly Call a Person 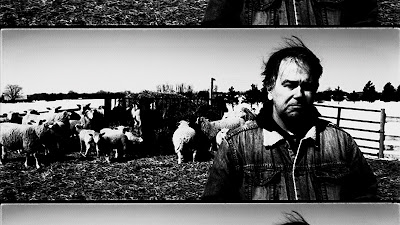 This is not a review.

I have about 30 pages left to read of Tony Burgess's bizarre, head-spinning, I-don't-know-what horror novel called Pontypool Changes Everything, and I simply don't know what to say. It's about a town in Ontario, called Pontypool, that is being devestated by a language-borne zombie plague (they're not zombies, strictly speaking, but that's what everyone calls them). The first half of the novel (titled Autobiography) focuses largely on the experiences of a mentally unstable high school drama teacher named Les Reardon, whose hallucinations add a sense of spatial, physical, and corporeal uncertainty to events that we know are actually supposed to be happening. The second half of the novel (titled Novel) deals with a drug-addicted teenager named Greg, who, through a crisis hotline, meets Grant, a perverted local news anchorman; and Julie and Jim, two children who flee from their home, due to the encroaching plague, and end up smack-dab in the middle of a Cormac McCarthy novel.
Burgess's prose is exceedingly surreal, even when it's entirely lucid, like in this passage, which describes overtaking of a police detective by the plague:

The detective is a foolish man, not smart or pleasant, so, while he becomes even less appealing in these last days of his life, an angel will be assigned to him: the soul of an innocent child whose murderer he brought to justice. The angel is assigned to him to remind us that we are tormenting a man who is loved by God.
.
God and angels have virtually nothing to do with the rest of the novel, by the way, which somehow makes that passage more striking. But remember, that's the novel at its most clear, which it sometimes isn't, exactly. Check out this bit, which is part of an explanation of this word-plague, taken from a chapter called "Zombies Explained to Us":
It gestates in the deep structures prior to language. Or, at least, simultaneous with language. In the very primal structure that organizes us as differentiated, discontinuous copies of each other. The virus probably enters, in fact, among paradigmatic arrangements. And then, almost instantly, the virus appears in a concept of itself. This causes all sorts of havoc.
Well, I would think so!
I don't ordinarily do this before I've finished reading a book, but earlier today I went browsing for interviews with Burgess, to try and get a sense, from the horse's mouth, just what in the hell he was up to. And I found a good one, conducted by The Danforth Review. Here's an interesting exerpt.
TDR: I was trying to think of an adjective to describe your fiction, and I couldn't think of one that suited. Your work has elements of slasher films, post-apocalyptic nightmares, science fiction, horror, and high-minded literary styling in the vein of William S. Burroughs. In your work, zombies haunt small-town Ontario and the populace is infected by an language-borne virus. I see much of this as a metaphor for frightening unseen forces that may or may not be influencing our lives and our world. There's also much humour; I want to make sure I don't forget to say that. Were you surprised to find yourself writing stuff like this ... or has this always been your modus operandi? (and how do you make sense of it? what are you '"up to"? if that isn't too blunt and reductive a question).
TB: No, no surprise that I write like this. Oh wee. Each of the elements you mention matter to me...except, you mention metaphor in your question and I don't really think in terms of metaphor...it goes to this: metaphor is a device (distracting) for looking at this world, and usually about the experience of being a person. Well, neither of those things are particularly interesting to me. I'm not what you'd properly call a person. When I'm writing I grant myself exceptional pow 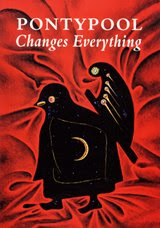 ers. Sometimes I want to write in a substandard fashion but have the occulted ambition to physically change the immediate vicinity of the book. Now, you might say "so what? You're fuckin nuts!" but I'm now going to be curious to see what I end up writing. This is partially what I've learned from badly made horror films. There are places that realize the unrealizable. We just don't notice it because it looks like failure.
Do this: rent Phantasm or Tool Box Murders or something and suspend your disbelief like you never have before. Believe that it is the world, not an incompetent version. (You will, because it matters to you, believe that somewhere along the process you'll meet your world again anyway, right? So don't worry, metaphorization is a stable insidious program.) Then that forks off for me this other question: if I'm not making metaphors, then what exactly am I dragging back here? Here's an intense experience that yes, did happen in the world, but it is alien to the world, so please, what can we do with it? Put it this way: I came by those books I wrote honestly.
His dismissal of metaphor is actually a bit of a relief, because a blurb on the back of my copy of the novel says that Pontypool Changes Everything is positively bursting with the stuff (I'm paraphrasing), but I'll be damned if I know what this is all a metaphor of. Or for, I guess.
Anyway, Burgess seems like a pretty unusual guy, and although it doesn't necessarily follow that such a person would write a pretty unusual book, that's what he's done. It is, I suppose, a horror novel, though it doesn't really feel like one. It feels like an experiment, or maybe just a series of images that Burgess could only justify to himself by welding them to a pseudo-horror plot. Though even "plot" seems like the wrong word.
Pontypool Changes Everything was recently adapted (script by Burgess) into a film called, simply, Pontypool, and it's currently playing On Demand, so I'll be catching it shortly. That should sure be something. In the meantime, I'll try to remember what Burgess says later in that interview linked to above, regarding how he'd like to imagine people finding his book:
I like to think of someone finding the book in a cabin where they're staying, shoved on a small book shelf with five other books. In time, they are forced to read it and when they come back to work they can't forget this unsound little read and finally have to ask somebody, "have you ever heard of this...?" and the somebody says "no" and the person spends weeks trying to privately shake this book that, as time goes by, they're not sure they ever read at all.
I can absolutely see that happening.
Posted by bill r. at 3:09 PM

This sounds right up my alley, and I am now putting it on the list. Your post is tremendous and has definitely piqued my interest.

I love that quote at the end too about how he imagines it as a book people find on the shelf of a vacation home. One of the first things I do when I go on vacation to the coast is look at the bookshelf of the house I'm staying at, if there's something there that I haven't heard of that sounds interesting then I will read it in lieu of what I brought. This is how I came to read a little known book called A Simple Plan by Scott Smith, which then led me to find out about the movie directed by Sam Raimi, which then led me to seek out Smith's next book The Ruins, which is one of my favorite horror novels ever...

It's amazing how that works. (Dan Simmons is another horror author I discovered on the book shelf of a vacation home)

Thanks, Kevin. I hope you do pick it up, though at 20 bucks, the recently reissued movie tie-in edition of Pontypool... is way over-priced, but it's still better than spending 100+ on an older edition. But maybe you'll just find it in a cabin somewhere.

I, myself, have never discovered an author that way, though it would be nice to. And I love Scott Smith. It's great to find another fan of The Ruins out there. Some people seem to have been so put off by the premise of that book that they were unable to see how perfectly Smith executed it. Ah well. It's their loss. Now I just wish he'd write more.

The second half of the novel (titled Novel) deals with a drug-addicted teenager named Greg, who, through a crisis hotline, meets Grant, a perverted local news anchorman...

Tony Burgess, that son of a bitch! If he's going to blatantly write about what's happened to me he could at least change the name. Excuse, I have to call my lawyer!

Greg, Greg, it's okay! The character's full name is "Greg Berrara" and he lives in "Silver Sproing". Jeez, simmer down, man.

"When I'm writing I grant myself exceptional powers"

I also like that he says "oh wee". I don't know what that means, but it adds nice color. I doubt I will read this book anytime soon (that's not your fault, that's my own retardation when it comes to fiction) but your writing on it has made me more curious about the movie.

The character's full name is "Greg Berrara" and he lives in "Silver Sproing".

Well... okay. I just looked it up and he even changed the home state to Merryland so I guess I overreacted. Also the anchorman's real name was Grunt.

Fox - I don't know why he said "oh wee" either. Maybe he was being sarcastic about his excitement about the question. The interview was done via e-mail, and I wonder if he would have said that had the interview been done in person. Maybe that was one of the special powers he grants himself while writing.

Greg - And Berrera's two blogs are called "Cinema Stylus" and "The Invisible Hedge". I actually didn't even make the connection to you until you brought it up.

Bill, I've been looking forward to seeing the film for awhile (it's directed by Canadian filmmaker Bruce McDonald) and I just saw it a couple of days ago on a plane (with one of those personal video screens). Not the best way to see a movie, but with headphones on all the time it was strangely effective (considering the character of Grant is wearing headphones himself most of the film as the news jockey).

I quite liked it, but I'm very curious what you'll think of it since you read the book first. Burgess's concluding statement about his book "...and the person spends weeks trying to privately shake this book that, as time goes by, they're not sure they ever read at all." seems pretty apt for the film too - and I mean that in a good way.