It Helps if You're Mad

The other day, I was talking to one of my co-workers about films and books. We were approaching these subjects in a general sort of way, but I was eventually able, as I often am, to steer things towards one of my specific interests, in this case the writer Derek Robinson. I w 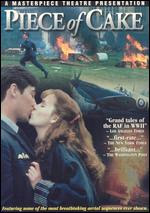 as proud of my skill in turning the conversation to my favor, but this morning it occurred to me that, as a blog proprietor, I can turn "conversations" my way any time I want, and with much less effort.

Which brings me to Derek Robinson. I first heard of him, indirectly, from a couple of my brothers, who watched the Masterpiece Theater adaptation of his novel Piece of Cake many, many years ago. I remember very little of what they said about it, other than that the title stuck in my head, as did the fact that this was a World War II story that centered around a British fighter squadron. As I say, I have no idea why all this stuck with me, although, now that I think about it, it might have something to do with the fact that I didn't see the series myself, and, being a kid at the time, anything my older brothers got to see or do that I didn't see or do myself (not that Piece of Cake was forbidden to me, like Monty Python, but you get the idea) had a tendency to lodge in my brain.
Anyway, some years later, after my obsession with books had well and truly taken hold of both my body and spirit, I came across, in a used bookstore, a novel called Piece of Cake, by Derek Robinson. 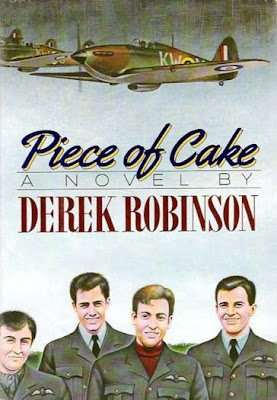 A quick investigation confirmed that this was the source material of the Masterpiece Theater series, so I bought it and, at some point during the intervening years, read it. I sometimes tell people that Piece of Cake is my favorite book, but it's been so long since I read the whole thing that I should probably stop saying that, just in case a subsequent re-reading of the novel should make me out a liar. But it is a great book. It tells the story of an RAF fighter squadron, called Hornet Squadron, from September 1939, up to the Battle of Britain in September 1940. Robinson gets across what it must have been like to be a young man at the beginning of World War II, getting ready to take up one of the most insane and dangerous jobs in any military at that time, and he does so with a great deal of sardonic wit and a complete lack of dishonest sentiment.

Without even opening the book, I can still rattle off the names of the main characters (of which there are quite a few): Pip Patterson, Mother Cox, Moggy Cattermole, Flash Gordon, Moke Miller, Rex, Kellaway, Baggy Bletchley, Stickwell, Fanny Barton, Christopher Hart III (known as CH3)...I also remember, to a man, whether or not they make it out of the novel alive, and, if not, how they died. More than any other novel I know, Piece of Cake kept me completely off-balance regarding my confidence in the fate, and life expectancy, of the characters. Anybody could be killed at any time. No one was ever safe. In this sense, Piece of Cake feels like the most reali 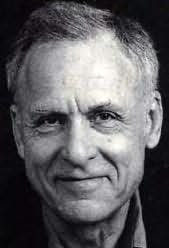 stic war novel I've ever read. And it's still a very funny book, from the first page to the last.

I've since read many of Robinson's other novels. He certainly does seem to favor war novels about fighter (or bomber) squadrons bearing ironically frivolous titles (see also A Good Clean Fight and Damned Good Show), and he also really likes to write about Hornet Squadron -- apart from Piece of Cake, this squadron also appears in the aforementioned A Good Clean Fight, and in his World War I novels War Story and Hornet's Sting (and you can find Hornet's prototype in Robinson's Booker Prize-nominated Goshawk Squadron). I've read all of these, except Hornet's Sting, and I like them all, but I'll be honest and say to anyone interested in Robinson that there is a sameness to these novels that might wear on you, so if you wanted to pick just one, then go with Piece of Cake. With that novel, he was working at the height of his powers: it's his epic, and his masterwork.

Robinson does write other kinds of books. He's written a few spy novels, an American Civil War novel (Kentucky Blues), and many non-fiction books about both war and rugby. He's still writing, but his kind of fiction is apparently, and unfortunately, out of style, because he's had to self-publish his newest novel, Hullo Russia, Goodbye England, about Cold War spy-plane pilots. This guy has been nominated for a Booker, he's been adapted by Masterpiece Theater, and now he has to self-publish. I'm disgusted, but unsurprised. But oh well. I'd say that I hope Robinson isn't bitter about this turn of events, but having read a number of his novels, I think the odds are that he probably is, which is fine, because he has every right to be. After all, he's the guy who wrote Piece of Cake. Read that book, all of you. It's another great novel in danger of being forgotten.

I thought I saw every Masterpiece Theatre series ever produced, but this one rings no bells at all. Do you have any idea when it aired? It sounds interesting.

And now for Marily Monday, somewhat convoluted, but giving you a chance to pay overdue homage to a to a Piece of (Cheese)Cake: Bettie Page.

It aired in 1988, and, even though I own it on DVD, and have for many years, I've never watched it. I'm not sure why I haven't, but I suppose I could secretly be afraid it will stink.

Well, mine was underdue. I reviewed The Notorious Bettie Page back in the spring of this year.

And I'm only supposed to make Arbo feel bad - it turns him on.

You know who should really feel bad is Jonathan. Can you believe he keeps choosing films I haven't seen or have tried to forget I've seen? How dare he!

I don't want to know about the sick relationship you and Arbogast have.

I've never done as bad on any contest as I'm doing on Jonathan's new one.

And I'm only supposed to make Arbo feel bad - it turns him on.

Ooh. (That was for Arbo in his absence)

You know who should really feel bad is Jonathan.

I've never done as bad on any contest as I'm doing on Jonathan's new one.

It's because Arbo's not giving anyone else a chance. I think he's really a computer programmed to appear human in his writings and comments while all the while he has every scene from every movie catalogued in his memory banks.

You were forbidden Monty Python? Who would warp a person's brain by doing that to him?

And I do so bad on contests like Jonathan's that it's lucky I have one, and that's only because Jonathan begged me to try it.

I was forbidden Monty Python when I was very young. My brothers would stay up to watch it on PBS, but I wasn't allowed to. I started watching the show at a much younger age (11? 12?) than I imagine most people did, however.

I remember back in the day when me and my brothas would peep some Masterpiece Theater together.

I started watching the show at a much younger age (11? 12?) than I imagine most people did, however.

Of course, this explains a lot ...

That's around the age I started watching it too. I think that's about the average age for new Python fans. All the silliness is funny to you at that age, and then later a lot more becomes funny.


And everyone come to my blog Saturday, 11 a.m. EST before Arbo gets there. I know you guys can do this.

I think Python first catches most people when they're teenagers. I say this as a way of subtly implying that I'm more advanced than the average person.

Derek Robinson is selling his new book on his website--just google Derek Robinson, and his site will be one of the first ones that show up. He's a friendly guy and quite realistic about publishing as it is now. His books are written well, with a great sense of humor--a bittersweet kind of humor.

So, you've met Robinson? That's very cool. Do you know if he's got anything else in the works? I'm glad to know he's not too angry about having to self-publish, though I'm a bit angry about it on his behalf.

Bill--
Watch the dvd's. Robinson was satisfied with the result, and said the performances enlarged his perceptions of some of his characters, particularly Neil Dudgeon as Moggy, who steals the show.
Leon Griffiths' screenplay is intelligent, and the flying sequences are excellent--maybe the last to feature a number of real airplanes in real movement, as opposed to Pearl Harbor-like cgi.
To do that, they had to use Spitfires, of which there are at least six flying, instead of Hurricanes. But they're real planes, with real oil running through their engines and real pilots putting them through their paces.