The Capsule Reviews of October

Maybe I'll just write capsule reviews of everything I see in a week until I die, which I'm almost certain to do at some point.

Demon Seed (d. Donald Cammell) - I've recently become interested in the odd, brief, and temporally scattered films of Donald Cammell, though I haven't seen Wild Side, his fourth and last, which means I've only seen three, and I only like one. And that one is Demon Seed, which the documentary Donald Cammell: The Ultimate Performance makes clear was taken away from him in post-production, and was being steered in a direction he didn't want by the studio even before then.

But hell, it's a pretty good movie anyway. Based on an early novel by Dean Koontz, this 1977 film is about a scientist named Alex Harris (Fritz Weaver), whose brilliant work in the field of robotics and artificial intelligence have resulted in the HAL-like Proteus (voiced by Robert Vaughn). Proteus exists in many places at once, and one of those places is the scientist's home, where it can do for the homeowner pretty much whatever the homeowner needs it to do -- in addition to having a voice and brain and "eyes" all over the house, Proteus also has been outfitted with numerous robot limbs. Dr. Harris is preparing a long work trip, one that will take him away for a month, leaving alone in the house his wife Susan (Julie Christie), from whom he is separating. The reason behind that separation will become clear as the film progresses. What that progression entails, though, is Proteus essentially imprisoning Susan, threatening her with, if not death, at least torture if she does not do "his" bidding, the upshot of which is that he, Proteus, wants to impregnate Susan, so that their offspring will be both human and ingenious super-computer.

I never felt satisfied that such a thing could ever be possible, but nevertheless it's a pretty harrowing film, the discomfort I felt on behalf of Christie's Susan being at times palpable (thinking particularly of the bit with the heated floor). Christie is great here, her terror and physically arduous attempts to escape ebbing sometimes into frightened, exhausted resignation, and then swelling again into furious defiance. And as goofy as some of those robot-y arms can sometimes be, it all eventually leads to a climax that is genuinely weird and eerie, similar to Saul Bass's Phase IV in its air of vague but hugely ominous portent. 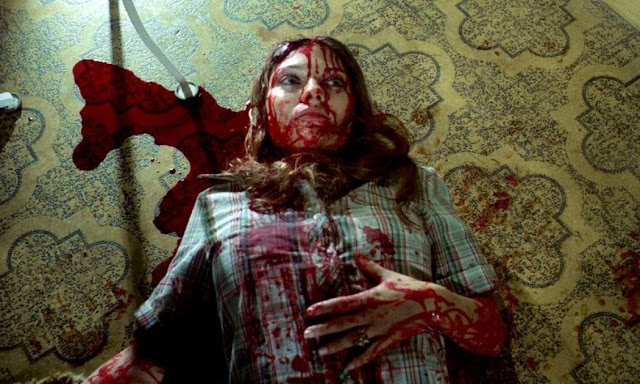 The Toolbox Murders (d. Dennis Donnelly) - This infamous slasher film, from 1978, is what I think some people might describe as "kind of sleazy." About a series of murders of women by a ski-masked killer using a different kind of tool -- claw hammer, screwdriver, nail gun -- each time, for about maybe the first half hour or forty minutes is given over almost exclusively to the slaughter of women, all living in the same apartment, and all or anyway most of them nude just before and in one case during the murder itself. The drawn-out stalking and killing of a nude woman played by future porn star Kelly Nichols pretty much single-handedly provides all the evidence for damning the subgenre a person inclined to do so could possibly want.

It becomes rather stranger somewhere around the middle point, and eventually actually sort of interesting. The plot is moved forward by the amateur investigation of these murders by two teenagers: Joey (Nicholas Beauvy), whose sister Laurie (Pamelyn Ferdin) has been kidnapped, by, Joey believes, the killer, and his friend Kent (Wesley Eure), the nephew of Vance (Cameron Mitchell), the building's owner. So with that set up out of the way, the film follows these young plucky adventurers into the very center of Hell. Which might be an overstatement, but I did not at all expect their story to go where it does, as ruthlessly as it does, and the last chunk of the film was as completely and, in my view, honestly disturbing as this sort of film is ever likely to get. 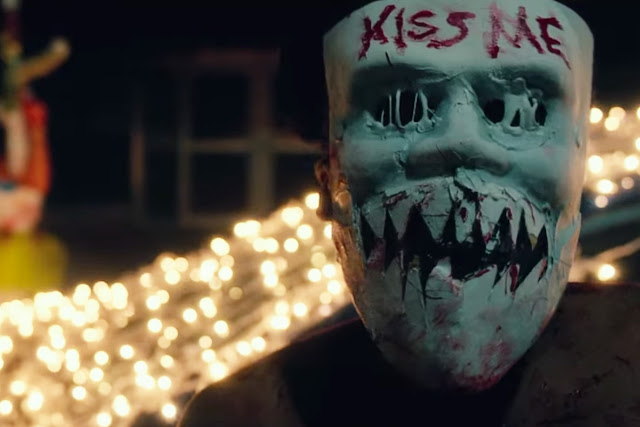 The Purge: Election Year (d. James DeMonaco) - I have now seen all three films in James DeMonaco's Purge series of "socially" "conscious" horror films, which, if I'm so dissatisfied with them, you might have count as my own damn fault. And I don't disagree, but watching all of the movies (all of which depict a "Purge Night" which is the one night of the year in the United States when all crime, including mass murder, is legal, so that people can ostensibly get it out of their system or whatever, but is really a tool for the rich to keep down the poor, you guys) I have been able to chart certain patterns. For instance, in the first two, The Purge and The Purge: Anarchy, roughly eight times each, one or more of our heroic characters (all of whom invariably want no part in the violence of Purge Night, but only want to survive, which, given they're our heroes, I will admit makes sense) are about to die, some one-night-a-year serial killer wearing an ironically patriotic mask of some sort, has a gun pointed right in their face, or a knife at their throat, but just before the killer can pull the trigger or insert the blade, another hero, unseen until now, shoots the killer and saves the first hero. Perhaps you've seen this happen one time before in another film. DeMonaco has almost made it a theme. However, in The Purge: Election Year he only does it once, but he does it on a scale that is clearly meant to trick his loyal audience into believing this is the first time he's over done something like this.

"A failure of imagination," some might call this. I would respond by saying "You're being kind; I think the truth is that DeMonaco actually doesn't give a fuck." I think he probably does hold the political beliefs he puts on screen, but I don't think he has much interest in making a really good film (or the talent to do so). He embraces his rigid formula like a lover. Even when he expands the action from the narrow scope of the first film to the more community-wide stuff in the second, and now to the sort of metaphorically national approach in this new one, everything is still exactly the same: one group of good guys, together or separately but either way eventually together, are forced from their safe spot one way or another, and have to bond together, perhaps even overcoming differences along the way, to protect each other. In this case, Presidential candidate Senator Charlie Roan (Elizabeth Mitchell) has to be protected because she's the only one who can, if elected, put an end to Purge Night. Which, by the way: it's one thing to take your "socially" "conscious" genre device seriously, but it's another thing to use it in such a way that you seem to think Purge Night is a real thing, or at least something someone's trying to push through legislation. At one point in this film, Elizabeth Mitchell quotes Lincoln's "the better angels of our nature" in order to make us all reconsider our acceptance of this Purge Night thing, which now that I think about it is pretty reprehensible.

On top of all this, several of the main characters in The Purge: Election Year are black, including Mykelti Williamson as the owner of a little neighborhood store of the kind that is frequented by others in the community as a kind of home-away-from-home to hang out and talk with friends, etc. This store being located in a black community, the store's devotees tend to be as well, and early in the film an elderly black man says "I only care about waffles and pussy!" This is the white DeMonaco putting his finger squarely on the pulse. The Purge: Election Year is bigoted in other ways as well, in ways that are far more chickenshit than that, because DeMonaco knows his hatred for these other targets won't result in any consequences.

Also all the killers in these movies seem to have the same mask guy. 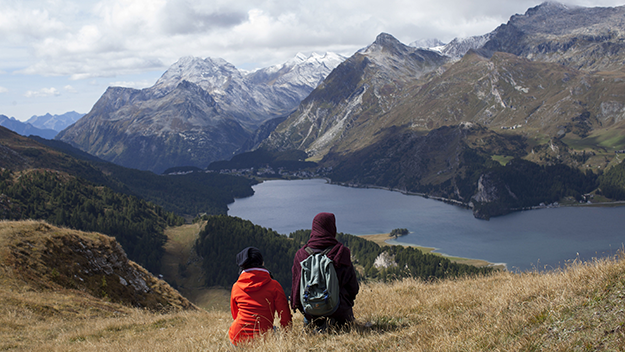 Clouds of Sils Maria (d. Olivier Assayas) - This is perhaps not the easiest film to tackle in the capsule review format. Not quite the newest film by the endlessly prolific and engaging Assayas, whose 2010 epic Carlos I consider to be one of the great masterpieces of the new century, Clouds of Sils Maria once again shows off the writer-director's breathtaking ingenuity and imagination. It tells the story of Maria Enders, a film and stage actress of great renown who, as the film opens, is on her way, by train, to attend and speak at a ceremony honoring playwright and filmmaker Wilhelm Melchior, the artist whose work she is most intimately associated with. On the way, her assistant Valentine (Kristen Stewart) takes a call, and learns that Wilhelm has suddenly died, and the nature of the planned ceremony has now completely changed.

Which is just the beginning. There's also the specific play of Melchior's Maria is best known for, called Maloja Snake, and the role, and the attempt by a new young brilliant director to re-stage that play, evidently a two-hander featuring a love affair between a younger woman and an older woman, with Maria taking the other part, that of the older woman, which she's never played before. That part would be played by Jo-Ann Ellis (Chloe Grace Moretz), a Lindsay Lohan/Amanda Bynes-esque celebrity, gifted but supposedly impossible to work with or control. There's also Maria's relationship with Valentine, and how, or if, it mirrors Maloja Snake.

Though not a perfect film -- the footage of Ellis's talk-show appearances indicates to me that Assayas has never seen a talk show and is evidently fine with that, but still, and at times Binoche, one of the most effortlessly believable actresses alive today, is broader than I can remember ever seeing her (maybe playing drunk is just one of those things she's never got the hang of) -- Clouds of Sils Maria is still pretty terrific. For me, it was immediately engaging: I think one thing Assayas doesn't get enough credit for is the sheer originality of the stories he creates, and his ability to at once place the audience into the right part of that story to get them hooked. Also, this is consciously a very modern film -- lots of internet and iPhone stuff -- but never self-consciously so. Assayas is simply a a filmmaker who lives in the world today, and can depict it.

And finally, it's where the film eventually goes. Which is very precisely and elegantly mysterious, and exactly correct.
Posted by bill r. at 7:41 PM