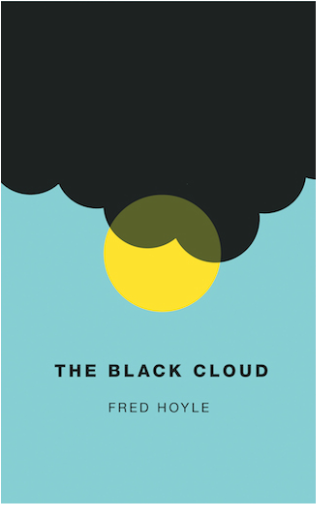 In my experience, there are two basic types of hard science fiction story. Before I tell you what I think those are, I should note that my two favorite pure science fiction writers are Harlan Ellison and Robert Silverberg; you might extrapolate from this that between hard SF and soft SF, soft SF wins out (hard SF, for those uncertain of the distinction, being science fiction the relies heavily on technical details and real science, while soft SF is more theoretical, fantastical, human, and, in my opinion, more poetic). But I do believe that hard SF has its charms, if that's really the word I want, and as I say those charms seem to me to be divvied up between two kinds of stories: in the first kind, a group of highly trained scientists in the semi-distant future deal with some kind of crisis, or seek an explanation for something or other, by going into outer space, or perhaps they're already there. In the second kind of hard SF story, a group of highly trained scientists wearing neckties in more or less the present day are alarmed by something happening, or coming, to the Earth. I have a special fondness for this latter type. Though it's been several years since I read either one, and who knows maybe if I went back to these books I'd no longer like them, my preference for these stories was cemented by Blood Music by Greg Bear and Childhood's End Arthur C. Clarke, and was more vigorously highlighted when I read Clarke's Rendezvous with Rama, which is a story of the other variety, and didn't care for it much at all. If you're going to dump a lot of actual astrophysics on my head, I'd like someone to be driving a car to a lab in California in the 1950s first.

So imagine my delight when I learned that Valancourt Books announced their reissue of Sir Fred Hoyle's 1957 hard SF classic The Black Cloud. The novel begins, in fact, in California, at the observatory in Mount Palomar. While performing the routine task of looking for supernovae by photographing sections of the night sky and comparing those to photographs taken earlier of those same sections of the night sky (I can guarantee you that I've just badly oversimplified this process, but anyway...). While doing this, the young scientist discovers a very strange abnormality among the start, which, after one thing and other, and the involvement of loftily placed scientists in both American and England, turns out to be a mysterious black cloud that is heading towards the Earth. The first half or so of The Black Cloud is given over to the gathering together of the scientist heroes and their procedural battles with the American and British governments, but mostly to speculations regarding what the cloud is and what it might do to the Earth. The worst-case scenarios are very bad indeed, and range from human extinction via ice age to human extinction via fatally hot temperatures -- the variety of these speculations is due to no one, at this point, having any idea what the exact properties of this cloud are.

Spearheading both the run-ins with the governments and the speculation, as well as the response by the scientific community to the pending dangers, is a man named Chris Kingsley, an astronomy professor at Cambridge. A blunt man who doesn't suffer fools, which means he's kind of a dick, and possibly a genius, Chris Kingsley is the source of this novel's many faults, but also of its many fascinating qualities. Readers unfamiliar with the hard SF subgenre might disagree and say that the real problems with The Black Cloud stem from Fred Hoyle's insistence on transcribing the entire, scientifically thick, conversations that lay out every theory that anybody has about the cloud, including all the theories that turn out to be wrong, which is most of them, as well as Hoyle's belief that it is sometimes necessary for him to show his work. But with a book like this, complaining about the scientific theories would be like complaining about a murder mystery you're reading because all the characters do is wonder about who killed that one guy. No, it's Kingsley who is the show here, for good and bad, and so is -- and both are because they're inextricable -- Hoyle himself. Fred Hoyle is quite a figure in modern astronomy, and if you begin reading up on him be careful because it's a little bit of a rabbit hole. But as Geoffrey Hoyle, Fred's son, writes in his foreword to the Valancourt edition of The Black Cloud:

By the 1950s it had become established that neutral hydrogen existed in the Galaxy, and for the first time the spiral structure of the Milky Way could be seen. This discovery led my father to speculate that there might be molecules present in the Galaxy. He had first made a theoretical prediction that there were interstellar molecules in a scientific paper with Ray Lyttleton in 1940. He wrote a well-reasoned paper in the mid-1950s that was rejected when sent for publication...In 1963 the radio detection of the molecule hydroxyl was made and so began the field of Molecular Astronomy, vindicating my father's early predictions...

Less prestigious was his work to prove that the biological source of humanity came from outer space, probably from a comet, and his apparently baseless arguments regarding certain paleontological...well, anyway, read up on all this yourself, if you care to. Suffice it to say that nowadays, Hoyle is thought of as a scientist of dubious merit, but some of his theories, as well as his stubbornness in the face of almost everybody tell him he's wrong, found their way into The Black Cloud and the character of Chris Kingsley. 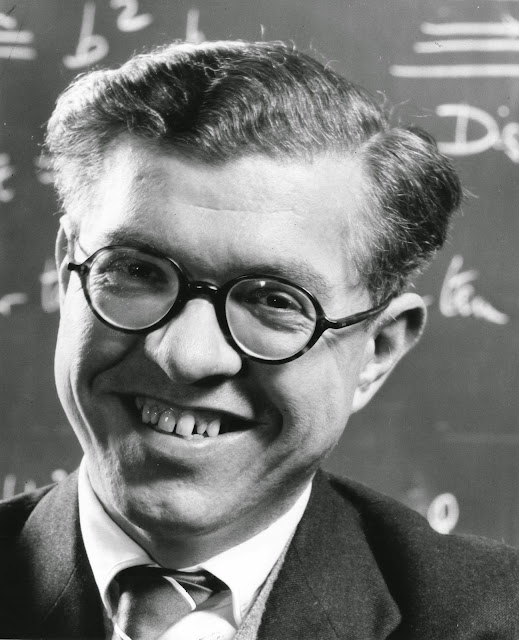 And where, really, to begin? With the fact, I suppose, that clearly the reader is meant to regard Kingsley as a hero. This despite the fact that after all of the lead scientist characters are sequestered at a country estate to work on the problem and it is revealed that for security reasons they will not be permitted to leave (nor will anyone who is later allowed to enter the grounds), we learn that Kingsley knew this would happen and knew that his contact with various people, both scientist and non-, would lead to those people being sequestered with him. On one hand, well, yes, let's get the best minds we can possibly get working on this, but also there due to Kingsley's string-pulling are various musicians, including one woman you get the feeling (though Hoyle doesn't waste a ton of ink on this) Kingsley wanted there with him to stave off his own loneliness. He at least has the decency to feel guilty about this, but only just. He also points out (not to her, whom he never tells about his duplicity) that she will be safer on the estate than she would out in the unprepared world, which may well be, but that he made the decision for her, and the other non-scientists, points to...well, it maybe points to why Richard Dawkins is such a fan of this book, let's put it like that.

There's also the matter of secrecy. Kingsley claims to be against it, and later, when tension between the scientists and the various governments, is at its highest, Kingsley points out that he has always been against telling the world of the potential dangers posed by the black cloud. By this time, catastrophe has befallen the world, and while rebuilding is certainly possible, literally hundreds of millions have died (it was the heat that did it after all, or largely the heat). Earlier in the book, Kingsley says when confronted by the official demands for secrecy that if he says nothing it will only be because he chooses to. Apparently he chose to. Kingsley keeps mum and in the aftermath of global devastation wants to claim a halo, to paraphrase Robert Heinlein speaking about something else, for not doing, or doing, what he doesn't believe, or care, that the government should have demanded that he do, or not do, to begin with. Or something like that. The gist is that morally speaking Kingsley think he's above reproach, and Hoyle maybe thinks so too, but he comes off to me as an appalling hypocrite

In order to really get to the heart of the Kingsley/Hoyle enigma would involve spoiling big chunks of the second half of The Black Cloud, including the exact nature of the cloud, but I'm not sure I'm willing to do that. However I do have to point out that, among the many other strange things that go on in this novel, what the cloud is is figured out by Alexandrov, a Russian scientist on the team, but somehow, after Kingsley asks Alexandrov to clarify his theory, the other characters give the credit to Kingsley when it turns out to be correct. This is baffling! And also an example of why The Black Cloud is compelling, because Hoyle's personality is present everywhere. This is something that I could not say about, for example, Rendezvous with Rama, and I would also say that it's a potential problem for hard SF as a whole, but not for The Black Cloud. For more of this, see an earlier chapter that features Kingsley going on at length to Marlowe, an American scientist of some standing, about why he, Kingsley, thinks scientists should enjoy places of greater power and social standing in the world, but ends -- literally this is the end of the chapter -- with Marlowe, having patiently listened to it all, telling Kingsley that he's maybe simplifying things just a bit too much.

There's so much more that's strange about Hoyle's portrayal of Chris Kingsley, and the terrible things he does that Hoyle and his colleagues try to morally justify (I think most of this can be boiled down to "the people who react badly to you are not scientists and so they don't get your truth, Chris"), but why ruin it for you? You should also know that while The Black Cloud is not a disaster novel as such, it nevertheless does contain some rather interesting deaths -- interesting in who dies, and when, and how, and how Hoyle presents that material. Because I don't want to spoil any of this, I'll just say that Hoyle handles all of that stuff rather well, and the novel's end is sort of terrific. It is, in its way, which is the way of a certain strain of think about both science fiction and science, very pure.  It's mainly Kingsley, the person that he's placed at the center of this that Hoyle can't get right, because he doesn't realize how wrong Kingsley is.
Posted by bill r. at 8:04 PM