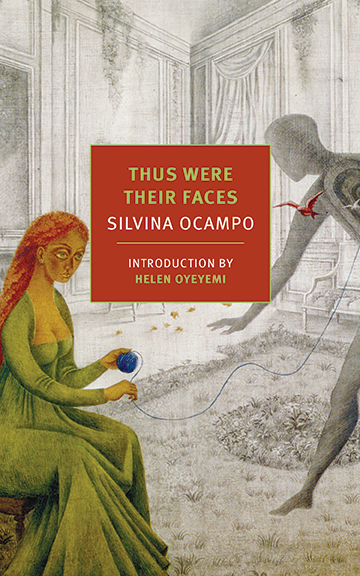 Speaking about Argentinian literature, Jorge Luis Borges once said "Silvina Ocampo is one of our best writers. Her stories have no equal in our literature." I learned this from the back cover of the new NYRB Classics edition of Ocampo's selected stories called Thus Were Their Faces.  In the introduction to that book, I learned from writer Helen Oyeyemi that Argentina's National Prize for Literature was denied to Ocampo because the judges deemed it "too cruel." This, a footnote clarifies, was in any case Ocampo's own read on the matter. Regardless of the cause, winning that prize would have probably lifted Ocampo, who died in 1993, to greater international status. Because Borges's word is not enough, I suppose. The point being that from what I can tell, very little of Ocampo's fiction or poetry has published in the United States, or even translated into English, until now. The NYRB volume of stories, which comes out on Tuesday, will be accompanied by another book, a selection of her poetry. Borges' enthusiasm wasn't based on nothing.

In fairness, sort of, one reason why Ocampo's fiction might have has a difficult time finding a publisher in the US is that much of her work, to judge from Thus Were Their Faces, was of the short-short fiction variety -- that is, many of her stories range from about two to maybe five or six pages long. Borges's stories were like that too, for the most part, and maybe once such dense fabulist from Argentina was enough for the US literary world. When I do the The Kind of Face You Slash series, the month-long review of horror fiction I do (almost) every year, I always read a fair number of very short stories, and at least in that genre, which is not one to which Ocampo's writing bears no resemblance, the problem is often that the writers plows heedlessly through an idea that could have used some more room to breathe, and God knows why they did that, or the point all along was to grind out a couple of pages of abstract mood, which is not my favorite thing to read (although the success of the stories covered in both examples depends, as always and forever, on the talents of the writer). It's a strange form that can feel very unnatural, and can be broken by the stories being forced into it.

The contents of Thus Were Their Faces are laid out chronology, and cover a span of over fifty years, from 1937 to 1988. The shortest story is two pages (there are more than one of those) and the longest, admittedly, is about sixty (there is only one of those), and all together a total of forty-two stories were collected. Not once did I find a story that seemed unfinished, or plowed through heedlessly. Granted, there are a few of the densely abstract variety, and I'll confess here that those stories did little for me.  All of them come from the later years. In stories like "And So Forth," "The Music of the Rain," "Sheets of Earth," and "(Com)passion," the fantastical and weird elements over which Ocampo was capable of exerting such control can feel watery, the stories gone from my head before I'd started the next one. But typically, this isn't the case. Outside of Borges, I've never read fiction of such brevity that nevertheless felt as complete as, for example, "The Perfect Crime," which packs domestic tension, class resentment, a horrific crime, and an unreliable narrator all into barely four pages, or in "Forgotten Journey," Ocampo's crystallization of the young heroine's dawning realization that the facts of human biology are essentially grotesque into three. 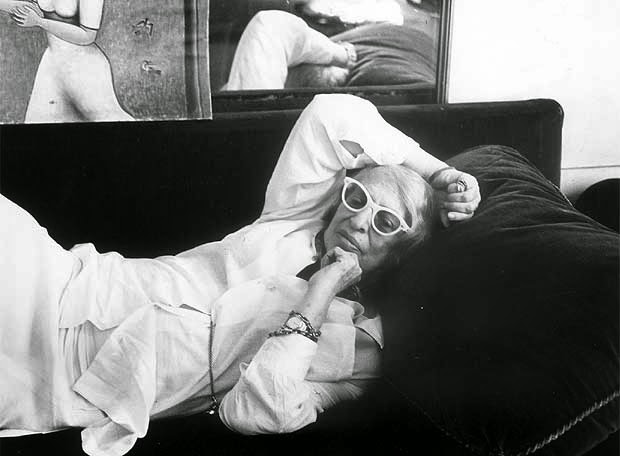 Like Borges, if Ocampo had been American I believe she would have been considered a genre writer, Ocampo especially, as her stories sometimes flirted with or openly embraced genre conventions. One of the best stories in Thus Were Their Faces is "Men Animals Vines" from her 1970 collection Days of Night. In this story, the narrator is stranded in the jungle following a plane crash. He's the only survivor, and the environment threatens to drive him mad:

At night there are fireflies and deafening cicadas. A soft penetrating perfume seduces me: Where does it come from? I don't know yet. I think it's good for me. It comes from flowers or trees or herbs or roots or from all of those at once (maybe from a ghost?); it is soothing perfume. Smelling like a dog -- will I turn into a dog? -- I tear at the leaves, the plants, the wildflowers that I encounter.

The flora is -- is it? -- the big threat here, and so, surprisingly, although the title might tip it off, "Men Animals Vines" falls into the "deadly vines" horror subgenre. If you are so inclined to categorize it, anyway, which you needn't necessarily be, but even so. Look also at "Friends," about two boys, one of whom has a terrible power that warps him. It is, in fact, not entirely unlike Jerome Bixby's classic 1953 story "It's a Good Life," though, among many other differences, Ocampo's ending is a long way from Bixby's (which shouldn't be taken as a knock on either).

In terms of genre, one of Ocampo's most interesting stories in Thus Were Their Faces is the novella "The Impostor." One of two stories taken from her 1948 collection Autobiography of Irene, "The Impostor" kicks off much as Patricia Highsmith's 1955 The Talented Mr. Ripley: Armando Heredia's father is concerned about the way his son is living and so sends another young man, our narrator, to the family ranch, where Heredia is living along with a few servants, to spy on him and report back. Interestingly, in the classic tradition of many eerie stories, this narrator is unnamed for much of "The Impostor"'s 60 pages, but then near the end he gets a name. The name isn't a twist or any kind of revelation -- he just hadn't seen the need to tell us until there was a contextual reason. At any rate, he's disturbed; not, perhaps, homicidal, but paranoid, in a way that makes him a good, or maybe terrible companion to Heredia, who frequently suspects the narrator of being a spy, and threatens to kill him. The narrator puts Heredia off with various sincere explanations for his strange behavior, that, even when accepted, still leaves their friendship within a sinister cloud:

I tried again to explain to him that it was a matter of dreams. I made a list of objects and people that I had met in dreams before meeting them in reality; I described them in great detail. I told him about several dreams, with no luck; they were vague, monotonous, and had no fantastic virtues. They were dreams that served as the basis for deeper reflections -- only to me were they real...

Heredia accepted that I hadn't been snooping around the house. By evening we were reconciled. Lighting our way with a lantern, we climbed a narrow green staircase and into the attic to look for a whip...Heredia wanted to show me a jewelry case and trunk where various old family keepsakes were stored. He wanted, with some ill will, to show me the awful palace of the bats. 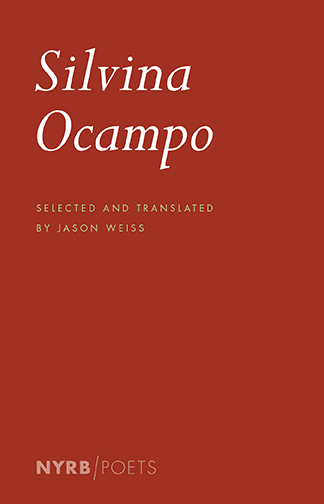 This is all heading towards an ending that some may consider quite modern, and I suppose it is, in a sense. The modern version of this ending, however, is a cheap one, and has been made so by time and overuse. In 1948, and in the hands of a writer like Ocampo who isn't using it as a means to simply jerk people around, I'm reminded of the power that such endings once hand, and can still have if they're backed by conviction. As a result, "The Impostor" doesn't lose any of its creeping strangeness after the final lines are read, but becomes sad in addition to that.

In "The Impostor," there is some small element of clairvoyance to the proceedings, which turns out to be a favorite conceit of Ocampo's. You'll find some form of it in many of these stories, but it's used most brilliantly in "Autobiography of Irene," which imagines the ability to see into the future as an overwhelming experience that supplants memory -- there is a terrible and ingenious logic to this -- so that this amazing power is one never to be desired, and "The Doll," which uses passionate melodrama as a kind of origin, or a prelude to a story Ocampo didn't write. That Ocampo wrote last line of "The Doll," whereas it never would have occurred to me, is the kind of thing I could become quite jealous of.

And there is, of course, lots more. If the selection of four stories from Ocampo's 1987 collection And So Forth, which comes near the end of Thus Were Their Faces, turned out to be my least favorite, this matters little given how strong, varied, and copious the rest of the book is. Plus, the book closes out (nearly) with "Cornelia Before the Mirror," a long story told almost entirely in dialogue, which may be, probably is, actually a fractured monologue. Given its structure, it's kind of a tour de force of clarity, when you think about how it could have gone, and it also boils the madness and loneliness and the longing for death that is the make-up of so many of Ocampo's men and women down to its essentials, while bringing old metaphors, like mirrors, back to life. Which is something I hope Thus Were Their Faces will do for Ocampo herself.
Posted by bill r. at 8:28 PM

Ordered from my local library. By the way, I just finished The Land Breakers, which I bought after reading your review. It's one of the best novels I've read in a very long time. Thanks for calling it to my attention.