He Had Simply to Open His Pen 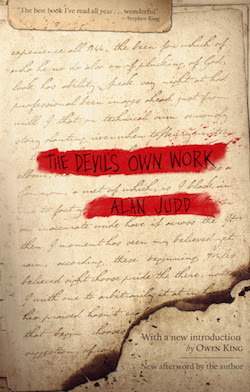 I've read more than one author express the opinion that the perfect form for prose fiction is the novella -- it's short enough to keep the writer focused and long enough to break free from the tyranny of "not a word is wasted," which I'd say more readers than writers consider the strength of the short story. Of course this isn't the opinion of everybody, but in my own meager way I think I understand it: if the only rule was to write until you're done, I believe we'd have more novellas than novels, or anyway more novellas than we currently do. The problem now of course, and this has been the case for some time, is who will publish them? If you're a writer of a certain stature you might once have placed a novella in a special issue of a sympathetic magazine, but I'm not sure any such magazine exists now, for anyone. Those writers of stature can also publish a collection of three or four novellas, or sometimes you'll see a novella published as a standalone novella; this sometimes does still happen, but I suspect some readers feel ripped off (in fairness, on some level I can't blame them). Anyway, there it is, roughly speaking, and so it was interesting to learn recently about Alan Judd, a British novelist who gained a fair bit of notice in 1981 with his novel A Breed of Heroes, and whose fiction by and large seems to tend towards the tradition of military satire that is so hallowed in England, but whose best-known and most acclaimed work is a 90-some page horror novella from 1991 called The Devil's Own Work.

And as I so often wonder, where do I begin with this thing? As a work of horror, the novella, which was published as a standalone book in 1991 and has just now been reprinted by Valancourt Books, won the Guardian Fiction Prize, is easily pinned down -- almost too easily, I was at various times tempted to think, but The Devil's Own Work is as a whole rather elusive, however easy it may be to compare its plot to other books and stories. Which I suppose I should dispense with now, so the plot is this: a narrator, unnamed, is telling us the story of his friend Edward. No last name. Edward was a famous novelist whom the narrator knew for most of his life, though he, the narrator, imagines that friendship meant less to Edward than to him, as Edward was in many ways quite closed off and perhaps incurious about the lives of others. At any rate the friendship endured, and as the narrator's life proceeded along more or less "ordinary" lines, Edward sought his place in the literary world, writing articles and reviews and one novel until he wrote a damning career overview of the aging lion O. M. Tyrell. This leads to a meeting between Edward and Tyrell, which is succeeded very shortly by Tyrell's death by heart attack. Not terribly long after this, Edward's career as a novelist takes off. Among the clues pointing to the kind of horror story The Devil's Own Work is are the mysterious and beautiful woman who was Tyrell's final companion in life, and the fact that the first time the narrator sees Edward after the old writer's death, Edward is smoking cigars which he'd never done before, but which Tyrell had.

So there you go, case closed. And it is that kind of story (although I've seen some reviews from 1991 that say this is a book about demonic possession, which is wrong, and the kind of conclusion those who don't read horror jump to, which might sound snobby, but oh well), but it's possible that Judd wasn't terribly interested in The Devil's Own Work reading as a horror novel, even though it's got the plot of one, and the ending of one, and the title of one. But it's actually that title that's the key to whatever point it is I think I'm trying to make here. Here's the narrator, talking about Edward's writing, and the general state of contemporary literature, following Edward's sudden increase in productivity and fame:

Edward prospered...He became a leading writer among what were then known as the post-modernists, exponents of something called "fictive realism" according to which reality and fantasy had the same status. This resulted in writers thinking that they could write what they liked, that they had no obligation to convince or render, that they need not discriminate except on grounds of what pleased them. The cause of this was a failure of imagination, or of belief in the power of imagination to interpret life, and it led to contempt for the reader. It had, I think, an intellectual justification at the time, a supposedly absolute skepticism which maintained that since reality was no more to be trusted than fantasy nothing could be finally proved -- whatever that meant.

...I know I am old-fashioned...but I have been made so by experience. It was the new truths that failed me, not the old ones, and I do now believe that anything that confuses reality and unreality, or that attempts to equate the two, is the devil's own work. 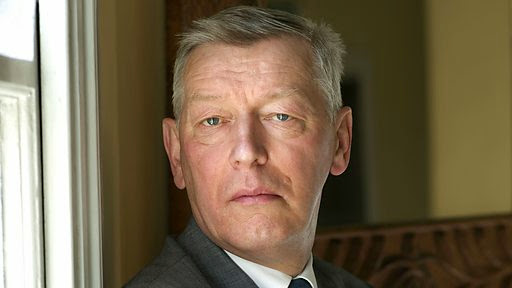 I don't think it's unfair to assume that, though ostensibly the beliefs of a fictional character, that this literary philosophy roughly corresponds to Judd's own, and, suffice it to say, I disagree pretty much completely with the literary philosophy laid out here. I'm particularly hung up by the phrase "This resulted in writers thinking that they could write what they liked," implying as it does that they couldn't. Among the sins that the narrator has grown to believe Edward the writer committed, as did O. M. Tyrell before him, is the favoring of literary style over meaning -- in other words, and not even particularly other, he's a style over substance writer. Judd leads us in this direction early when he has Edward explain that the concept of his first novel, written before he met Tyrell or Eudoxie, his sinister and beautiful companion (and before he got the strange manuscript, which I mention only to hammer down the summary a little bit more), was to write a novel that was free of conscience, but had to acknowledge his failure when he realized that in if a conscience is noticeably absent from a novel, that deliberate absence will almost by definition render the conscience present. If you follow me. Anyhow, the idea was noticed and appreciated by Tyrell, and its clear that he believes the actual goal is not out of reach. But what I'm reminded of is the time William H. Gass (I think it was him, but it might have been Stanley Elkin or John Hawkes or somebody else entirely) said that the word "daffodil" was more beautiful than the flower itself. One might debate this and not lose sight of the point, but it's a point that Judd, in The Devil's Own Work regards as evil.

Or at least I think he does. Not literally evil, of course, but apart from that question is the one about what precisely Edward is writing. I find The Devil's Own Work fascinating, and disagree with it though I do, and though I'm with Nabokov in believing that asking what a writer is trying to say can only lead to tedium, I'm in love with the fact that The Devil's Own Work is a horror story about competing literary philosophies. But it would be much easier to grapple with if we were given some specific details about Edward's novels. The only detail we get about anybody's fiction is the understandably, given the circumstances, on-the-nose bit about Tyrell's last novel being a play on the story of Faust. But in terms of style or even general story or concept behind anything Edward writes after meeting Tyrell, we're given nothing. How important is this, though? Well, ironically, and it's not at all outside the realm of possibility that Judd is fully aware of all of this, that depends at least in part on how much significance you place on what Judd is trying to say. Aha. Plus, as I understand the term fictive realism (not terribly well, I sometimes think) and the kind of fiction such a theory might produce, The Devil's Own Work, with its unreal supernatural elements sitting within it as realistically as descriptions of dinner dates and small talk, would fit in comfortably with everything the narrator disdains. On top of that, though I said earlier that I don't think it's unreasonable to imagine the narrator's opinions coming from Judd's own mouth, any first-person narrator, who in terms of plot seems only to function as an observer, worth his or her salt will actually bear more of the story's weight than one might at first glance think. So how much does it matter that the narrator believes himself to be boring? How important is it that the narrator, who is not a writer, has such a fascination with the writing process? Does he cling to the not overly warm Edward for so many years simply because Edward is a writer? Everybody's entitled to their opinion, and, for instance, I don't believe one needs to be a novelist or film director to criticize novels or films, where, really, does this narrator get off deciding what writers can or can't do? And finally, though I acknowledge the complete subjectivity of this, how important is it that I needed to go back and check to see if the narrator was indeed never given a name, and I hadn't simply forgotten it?

But there's a real passion to the opinions expressed by the narrator, and I can't let go of the idea that they belong to Judd in reality, which in some sense would render The Devil's Own Work nonsense, because what it's "trying to say" would be, for me, nonsense. Though not ineffective nonsense, and anyway it's not lost on me that potentially the best way to gain a better understanding of what's underneath this strange little book is to become familiar with the novels Judd wrote before it, and after it (Judd wouldn't write another novel for ten years after publishing The Devil's Own Work, a fact which probably means nothing, but from this distance looks like it might). In an afterword to this new Valancourt edition, Judd writes that one of the primary inspirations for the novella was the night he met Graham Greene and they talked about Ford Madox Ford, who had recently passed away. Judd left that meeting realizing that he didn't like Greene (not a brand new opinion, as I understand it), but wasn't entirely sure why. Judd also says that he believes The Devil's Own Work is the best writing he's ever done, and is nothing at all like the rest of his work. We're all left to ourselves, to make of this what we will.
Posted by bill r. at 9:03 PM

How's Owen King's introduction. I have to admit that I'm surprised that they'd go to *that* King for that task, but I do quite like him on his own terms. I'd recommend giving Double Feature a shot as there's one scene (which unfortunately the new cover half way spoils) that made me laugh so loud in public that I disturbed passersby.

I got an uncorrected proof copy from Valancourt and the printer left out King's introduction, so I don't know how it is. But I bet it's good!