The Kind of Face You Slash - Day 19: In League With the Devil 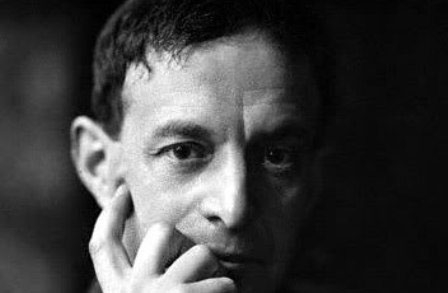 My assumption about Walter de la Mare's horror fiction was that it would exist somewhere in the space where Arthur Machen and Algernon Blackwood overlap. This was presuming a lot, especially when you factor in that my own knowledge and experience of the fiction of both Machen and Blackwood is nowhere near what it should be. I further assumed that Walter de la Mare was primarily, even exclusively, a writer of horror fiction, because that was the only context in which I'd ever heard him mentioned. I believe that assumption was fair enough, even though it turned out to be wrong. The verdict is still out on my Machen/Blackwood comparison, but after reading one of De la Mare's most famous horror stories yesterday, it has not gained any traction.

If De la Mare was primarily anything, he seems to have primarily been a poet and author of children's stories, but in my cramped little world these works, for which he received a good deal of recognition during his lifetime, have been completely overshadowed by his horror fiction. According to the critic John Clute "in his long career, De la Mare seems to have published about 100 stories, of which about eighty-five have been collected. At least forty of these have supernatural content." This seems to me to be a slightly too accounts-book way of looking at it, and rather than prove that horror fiction made up a significant portion of De la Mare's writing life, it signifies something slightly, but not exactly, opposite. That's if Clute cared to prove anything of the sort, when the likelihood is that he only wanted people to recognize it and not forget about these stories. In which case, good advice! Sorry about that stuff I said earlier!

The story I read for today is called "Seaton's Aunt," and it's fascinating. If any comparisons are to be made, at least in the case of this story, the appropriate one is to Robert Aickman, except that Aickman came later. But if Aickman was influenced by De la Mare, and I've gathered that he was, all the evidence you could possibly need to support that case can be found in "Seaton's Aunt." It's the story of two boys, Withers, our narrator, and Arthur Seaton, an unpopular lad who attends Withers' school. Seaton is the kind of unpopular, slightly incompetent boy who is teased, if not unmercifully, than enough to make it clear when he's not wanted, which is to say all the time. Withers is not immune to Seaton's absence of charm, but is not such a scoundrel as to entirely rebuff Seaton when he comes looking for a friend. De la Mare writes:

It needed, therefore, a rather peculiar taste, and a rather rare kind of schoolboy courage and indifference to criticism, to be much associated with him. And I had neither the taste, nor, probably, the courage. None the less, he did make advances, and on one memorable occasion went to the length of bestowing on me a whole pot of some outlandish mulberry-coloured jelly that had been duplicated in his term's supplies. In the exuberance of my gratitude I promised to spend the next half-term holiday with him at his aunt's house.

Seaton's aunt turns out to be a strange, mean, forboding old woman who is first glimpsed in the window of her home, staring down at the two boys as they are just arriving. During the ensuing conversations, she frequently gets Withers' name wrong (to her it's either "Smithers" or just "Wither"), is critical, even mocking, of her nephew ("Arthur will never make a brilliant scholar, I fear," she says to Withers at dinner, with Seaton sitting right there with them), and just generally sort of awful in a haughty, removed, false-polite sort of way. But her strangeness, according to her nephew, goes much deeper.

"I tell you, Withers," [Seaton] went on moodily, slinking across the meadow with his hands covered up in his pockets, "she sees everything. And what she doesn't know she knows without."

"Don't appear to be talking of her, if you wouldn't mind. It's -- because she's in league with the Devil." He nodded his head and stooped to pick up a round flat pebble. "I tell you," he said, still stooping, "you fellows don't realize what it is. I know I'm a bit close and all that. But so would you be if you had that old hag listening to every thought you think."

It comes down, according to Seaton, to money. He claims that when he reaches a certain age, a great inheritence, from his deceased parents, will be his due. Until then, his aunt controls it, and won't unclench on it before she's legally forced to (though Withers does point out that Seaton never seems short of pocket money). In any case, the money angle to all this is an interesting background, as is that "league with the Devil" crack, which is clearly meant to be more than just a bitter jab from an unhappy nephew, but to whatever degree Seaton means it, there's never any evidence to support it's being literally true. Not for us to see, though Seaton is convinced of it. One night, Seaton annoys Withers with his fears, which he is certain are justified, that ghosts are plaguing him. He claims his aunt brings them, and further:

"...She as good as killed my mother; I know that. But it's not only her by a long chalk. She just sucks you dry. I know. And that's what she'll do for me; because I'm like her -- like my mother, I mean. She simply hates to see me alive..."

De la Mare’s story, like many of the Aickman stories he inspired, covers several years in the lives of his characters, not just the brief school vacation it initially focuses on. That vacation is certainly the core of “Seaton’s Aunt,” but Withers skips us along through the years, to later meetings with both Seaton and his aunt. De la Mare nails the uncomfortable nature of the thin relationships between people that only exist because one is simply being polite to the other, and a later meeting between the two boys, now adults, somehow drives home the sadness of Arthur Seaton’s life even more than anything having to do with his childhood, even though the adult Seaton is bearing news of his pending marriage. In the early goings of the story, it’s possible to imagine that a boy like Seaton could grow out of his awkwardness towards something fulfilling, even though “Seaton’s Aunt” is ostensibly a horror story, and holding out hope for such things in such stories will usually only lead to heartbreak. But, you know, maybe things will turn out okay…

By this point, Withers has become more active, his pity more mature and slightly more helpful, even if only as far as his intentions go, and in terms of how much guilt he feels over his treatment of Seaton when they were children. It all builds to a very strange ending (the full extent of this strangeness did not even occur to me until I was going over the story again for this post, even though the sequence of events isn’t exactly obscure) that finds Withers actually seeking out Seaton, and even his aunt, looking for some kind of answer, or closure, or evidence that Seaton is, or will be, okay. But all we’re left with in the end is uneasiness, the hint of something at best cruel – more than a hint of that, really – and at worst outright sinister, and something else that is terribly sad. With “Seaton’s Aunt,” De la Mare excels at turning the horror story into a study of lifelong melancholy, and of a person who is born into a situation that offers no possibility of anything but. The strict definition of “tragedy” renders it unusable in this context, I suppose, but it’s the word that sticks in my mind when thinking of the final pages. Curiously, even though in terms of plot the two are completely different, in the days following my reading of “Seaton’s Aunt,” I kept mixing up its ending with that of L. P. Hartley’s The Go-Between, about which I wrote a little yesterday. For all their differences, the two do share a certain likeness. Both begin in English schools and end with their main characters, children for much of the length of their respective stories, now grown and going back to a place far from their home but seeking something more from an earlier formative experience, some sunlight, maybe, and finding instead that things were possibly even darker than they’d feared.

There's certainly an air of tragic inevitability to this story, the idea of the central character who foresees his own doom and ultimately proves powerless to prevent it. Also, as often the case with Robert Aickman's work, that sense of possibly witnessing some kind of a haunting or supernatural experience at one remove, through the eyes of the victim's friend, say.

Stories like these bring to mind the point you made yesterday, about how perhaps we never hear about such things because the people they happen to can no longer tell us. And not only that, they seem to say, but we'd probably have no chance of understanding them even if they could.

Oh, man, "Seaton's Aunt." De la Mare isn't that easy to track down for some reason, though I haven't checked if he's gone out of copyright lately.

Machen and Blackwood are easy to catch up on, on-line, preferably with the nicely formatted stuff at Many Books (net), though Gutenberg is more complete. It actually doesn't take a huge amount of reading to pretty much cover everything of note by Blackwood and Machen -- Blackwood's horror output metamorphosises into some pretty tedious mystical stuff fairly early in his writing career. Machen is less tedious but possessed of the same career arc, as the Holy Grail and religious revelation replace scary monsters and suburban nightmares.

This is my roundabout way of saying that you can be pretty well-rounded by reading Machen's "The Shining Pyramid", "The Great God Pan", "The White People", "The Inmost Light", and the short-story-cycle THE THREE IMPOSTERS.

With Blackwood there's "The Willows", "The Wendigo" (which I found spoiled quite a bit by the French-Canadian's ridiculous, recurring cries for help) and "A Haunted Island." His occult detective John Silence is such a know-it-all, one wants to strangle him after a couple of exposures.

There are lots of de la Mare stories athttp://www.fadedpage.com.