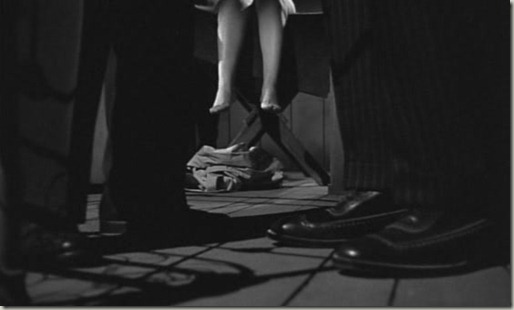 Mickey Spillane was one of the most influential crime writers America has ever produced. No quick burnout in the mold of Dashiell Hammett or David Goodis for him, Spillane published his first novel in 1947 and his last (in his lifetime, at least) in 2003, three years before he died at age 88. This is a formidable age at which to exit, but especially so for a crime writer who got started in the pulp era. I have no explanation for his longevity, though perhaps a clue can be found in the fact that the Brooklyn-born Spillane lived roughly the last half of his life in South Carolina -- this maybe signifies that Spillane did not live as hard as some of his rough, urban-dwelling contemporaries. Then again, James M. Cain somehow made it to 85 and died in Maryland, so what do I know? Still, in Max Allan Collins’s thoroughly engaging short documentary about Spillane, which shows up as an extra on the soon-to-be-released Criterion release of Robert Aldrich’s Kiss Me Deadly, Spillane appears as an entirely affable old fellow who says he hated New York and had to get out of there, though he never lost the accent.

The Aldrich film is based on Spillane’s seventh novel (though the novel’s title had, or was meant to have, a comma between “Me” and “Deadly”), and it features his most famous series detective, Mike Hammer. Aldrich, who was contemptuous of Spillane’s writing and his right-wing politics, once said that he and screenwriter A. I. Bezzerides “threw out everything but [Spillane’s] title.” He was no doubt intentionally exaggerating, but reading the book, as I’ve been doing, he almost seems to have been lying. As far as plot goes, a great deal of Spillane’s novel is kept intact; hints of where the film will really diverge can be found in the changing of a beat reporter who Hammer uses as a source of information into a newspaper science writer who has disappeared. In any event, the main thing Aldrich wanted to do in terms of gutting Spillane’s work was to show, as J. Hoberman quotes in his Criterion essay “The Thriller of Tomorrow”, “justice is not to be found in a self-anointed, one-man vigilante.”

It’s hard sometimes to take Spillane’s hardcore macho savagery all that seriously, and in fact that element of his writing is the main reason I haven’t finished his Kiss Me, Deadly yet: there’s simply too much of it, and it bogs things down considerably. Still, in those passages Spillane reveals the moral code that he wants to drive Mike Hammer – if some innocent or defenseless person is abused or even killed by the nefarious among us, Hammer will make them pay. In order to subvert this, Aldrich has to cheat a bit by removing that code from his version of Mike Hammer (the absolutely perfect Ralph Meeker), at least in the early going. Initially, Aldrich’s Hammer is a total bastard, greedy and sadistic, seeking retribution not so much for the woman named Christina (Cloris Leachman) who is tortured and murdered at the beginning of the film, as he is seeking vengeance for his own abuse at the hands of the same men. In the film, he never betrays a great deal of emotion for Christina, and seems to be mainly getting his jollies by crunching the bones of whoever gets in his way. But Aldrich’s Hammer is an evolving beast, a man whose ape-like savagery slowly gives way to a human confusion, grief, even regret, and a willingness to put himself in harm’s way not just in a search of answers and skulls to bust, but in an attempt to save Velda (Maxine Cooper), a woman he cares about. This is not something critics of Kiss Me Deadly tend to allow for, in their rush to condemn the film’s version of Mike Hammer as completely as they’re able to. 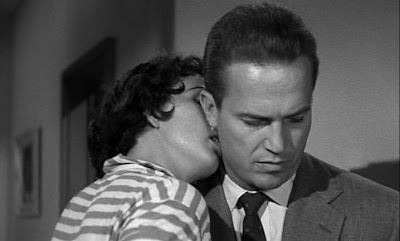 Ralph Meeker is, of course, sublime as Hammer, and why his career didn’t explode as a result of this film is a mystery. Had I been alive, and had I the power, I’d’ve cast that son of a bitch in everything. He has the right sadist’s gleam when crippling the hand of a greedy coroner, or breaking a collector’s prized LP simply because Hammer doesn’t think he’s answering questions fast enough. But when Hammer soon finds himself up to his neck in shit, which is quickly rising, Meeker lets Hammer look not just defeated, but proved wrong. My reading of Spillane has been meager up to this point (I’d like to add here that, flaws aside, Spillane was not a bad writer), but I have my doubts that he ever let Hammer fuck up quite like he does in Aldrich’s film. In this way, Meeker’s Hammer joins Steve McQueen’s Reese in Hell is for Heroes as one of the very few tough guy heroes whose air of violence-hardened superiority is disastrously humbled. 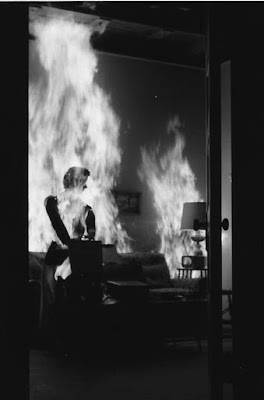 Though it’s not shown, Hammer’s fate might even be similar to Reese's. Who knows how Mike Hammer and Velda will be feeling the morning after Kiss Me Deadly’s horrific finale. Not great, I’d wager, a dark ambiguity Aldrich fully intended. Because Hammer’s violent bulldozing through the film’s mystery lands him in the same room – when the same house, the same zip code, would probably be bad enough – as “the Great Whatsit”, Velda’s name for what some people have referred to as Kiss Me Deadly’s macguffin. Except that implies that what the players in Kiss Me Deadly’s mystery are seeking ultimately doesn’t really matter, and in this case what the Great Whatsit is matters a great deal. Along with the casting of Meeker, this development is Aldrich and Bezzerides’s great imaginative triumph, as this mad convergence of film noir and possible (actual? Again, who knows what tomorrow brings in the world of the film) nuclear holocaust boils down a certain 1950s psychology so much better than Nicolas Roeg’s Insignificance did thirty years later. And the truth of it all makes Mike Hammer feel like a dumb putz.

Regardless, I still have to question Aldrich’s stated anti-vigilante motivation here, because where are we at film’s end? With justice, of a very bizarre and chilling sort, but it was not only not brought about by the police (if he knows so much, where was Wesley Addy’s judgmental cop when Hammer was braving nuclear fire?) but might not have occurred at all without Hammer. If he’d taken no action in this, the Great Whatsit would still be in the wrong hands, the same greed and betrayal would still fire the cylinders of a certain dumb psychotic blonde -- a woman not entirely unlike Hammer, minus his sudden burst of self-awareness -- and Hammer’s cop friends would still be sitting around with their thumbs up their asses. Dumb sadistic ape he may be, but at least Mike Hammer took his shot.
Posted by bill r. at 8:40 PM

Yes, yes yes! One of my all-time favorite films. And I agree, Ralph Meeker was a seriously overlooked actor. I mean, when I found out he took over from Brando on STREETCAR in Broadway or that he originated the role Holden went on to play in the stage version of Inge's PICNIC... Meeker must have had some kind of bad luck. I've liked him a great deal in everything I've ever seen him in, from Sturges' JEOPARDY to PATHS OF GLORY. Also heard he's good in Sam Fuller's RUN OF THE ARROW, SOMETHING WILD (1961), and THE DETECTIVE. Sadly, he ended up having to do less challenging guest roles on TV and some minor roles in the movies. (I don't even remember him in the Kolchak pilot -- where he played with another Hammer, Darren McGavin -- or THE DIRTY DOZEN, and I had to rewind to spot a prematurely aged Meeker as a police captain in THE ANDERSON TAPES.)

As for the film, I saw it for years with the alternate ending before they restored the original. The first one ends before Hammer and Velda get out of the house, but I agree with you. I'm not sure the new one isn't an even darker conclusion given the kind of fate that awaits the couple even if the world survives.

Yeah, I was reading up on him, and the whole PICNIC thing, and then comparing his work in KISS ME DEADLY and PATHS OF GLORY...the guy had range. It's too bad things didn't work out differently. I don't remember him from THE DIRTY DOZEN, either, but I'm anxious to back and look at that one again now.

The crazy thing about the alternate ending is that NOBODY wanted it. Aldrich, the studio, nobody. The footage that was restored was simply gone, and no one knew what happened to it. I can't remember where they ended up finding it, but they lay out as much as I assume is known on the Criterion disc.

Interestingly, the guy who found the ending, Glenn Erickson, is one of my fellow critics in the Online Film Critics Society. Check out his bio.

I listened to (part of) his commentary track for GUN CRAZY last night!

I adore this film, this is a wonderful and evocative review, bill.

I have always felt Kiss Me Deadly was much more complex than most critics gave it credit for. Like Tony, I saw it several times with the strange ending that had the horrible cuts, and like you I find the original ending vastly better but with probably the same ultimate outcome, yet the cut ending doesn't allow us to see Hammer rescue Velda. That rescue seems to bolster the claims that the Whatsit really is a MacGuffin, if we're to see this film in part as a transformation of Hammer from cynical, cold punching machine to a man who can show empathy and concern.

One of my favorite moments in any film is from KMD, when Hammer enters his office and turns on his answering machine. The cold, clipped recorded voice is so distant, so frightening, and it embodies so much while being almost nothing more than a clever detail.

Meeker is fabulous in Something Wild, by the way. It's a confusing and rather problematic film, but the performances are first rate.