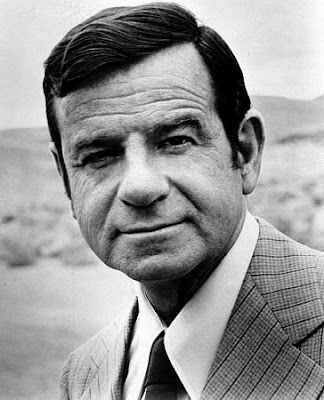 His stuff in the fifties and sixties before he became the Walter Matthau everyone knows, which happened after he won his Oscar for The Fortune Cookie, is really good. I'm thinking of A Face in the Crowd and Fail Safe here. He's excellent in two very underplayed, seething below the surface roles, the kind he didn't get once he became "Matthau."

Not that it's any great loss because, let's face it, the stuff he did get showcased his talents to a fault. Just noting that many casual movie fans would be surprised by how wide his range really was.

I agree. I haven't seen FAIL-SAFE yet, but I recently picked up the DVD thinking "Well, Matthau's in it, at the very least...". He's great in A FACE IN THE CROWD. I love the air of worldly disappointment he gives off.

Matthau was a great actor, of course. It was odd toward the end, though, when that great face had apparently detached from his skull and was as ironically immobile as a mask, leaving him with only his eyes peering through the mask's eyeholes to work with. Look at "Odd Couple 2," for example, if you didn't happen to notice this. (Upon his death, they could've made a Matthau mask for a voice mimic and no one would've noticed had Matthau mimics made movies forever, passing the mask to the next generation as each one died of old age.) And yes, his early work remains some of his best. I remember one of his early pictures in which he beat Burt Lancaster with a bullwhip and was a loathsomely scurrilous villain. His career pinnacles were probably the first "Odd Couple" and his universally beloved performance in "The Taking of Pelham One Two Three." I also rather liked the movie from his heyday, I forget which one, in which he was drinking a different alcoholic beverage in every scene.

"...in which he was drinking a different alcoholic beverage in every scene."

Oh, and Charade. Another pre-"Matthau" role in which he's just great. Also, King Creole. He's the best thing to ever happen to an Elvis movie (well, that and Michael Curtiz directing it).

Way to engage your readers with follow-up comments, Bill.

It's been a rough couple of days, dingus. Quit riding my jock!

Yes, it's a gross phrase. I regretted using it immediately.

KOTCH is a great Matthau role that gets little attention. And among his early roles, LONELY ARE THE BRAVE has to be high on the list.

Charley Varrick was almost derailed by Matthauness, but it's an aggressively miscast movie overall so I was mostly able to go with it. (John Vernon steals the damn thing out from under everybody, so there's that.) I did look away when WM was required to get his sexy on in the bedroom scene; a guy can suspend only so much disbelief.