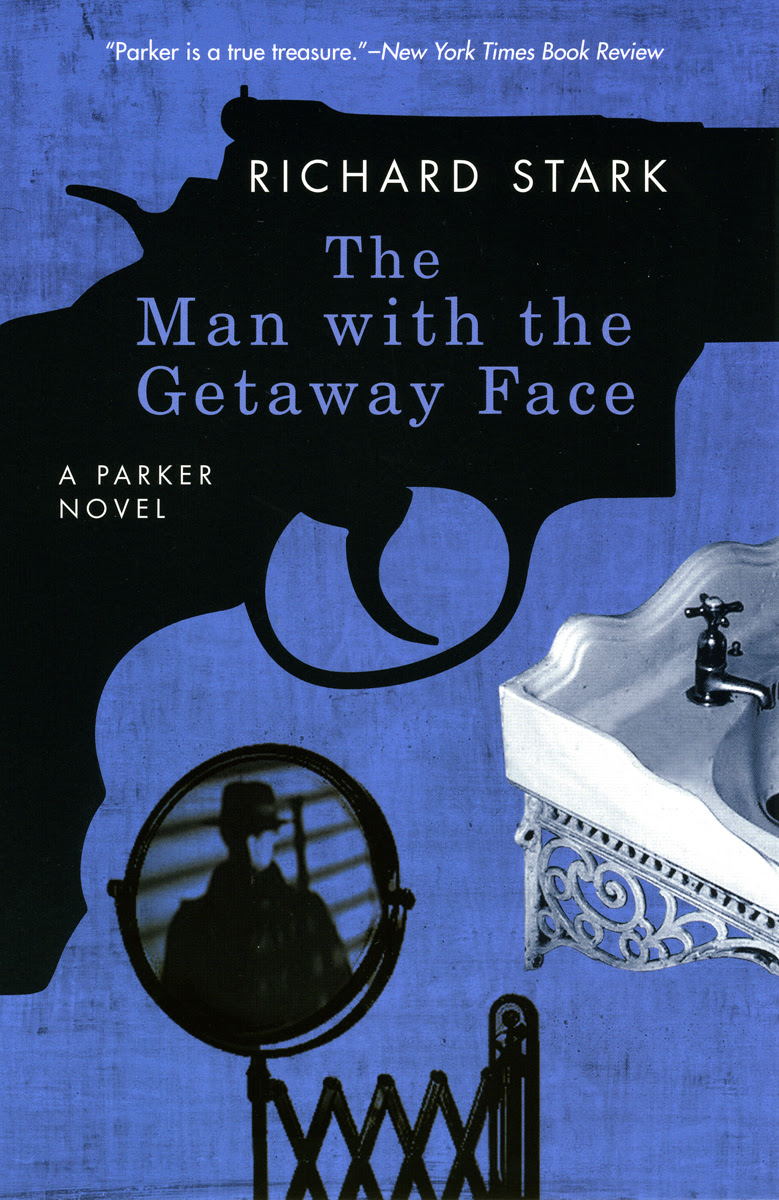 According to Amazon.com, this coming Monday is a day I’ve been waiting for a very long time. On that day (or thereabouts – Amazon isn’t always reliable about release dates) the first three novels by Richard Stark (aka Donald E. Westlake), about an ice-blooded thief named Parker, are being re-issued by the University of Chicago Press.

Under his own name, Westlake is probably best known as a writer of light caper novels featuring Dortmunder, but among fans of the hard-boiled crime genre, Westlake, and Stark (and Parker) carry great we 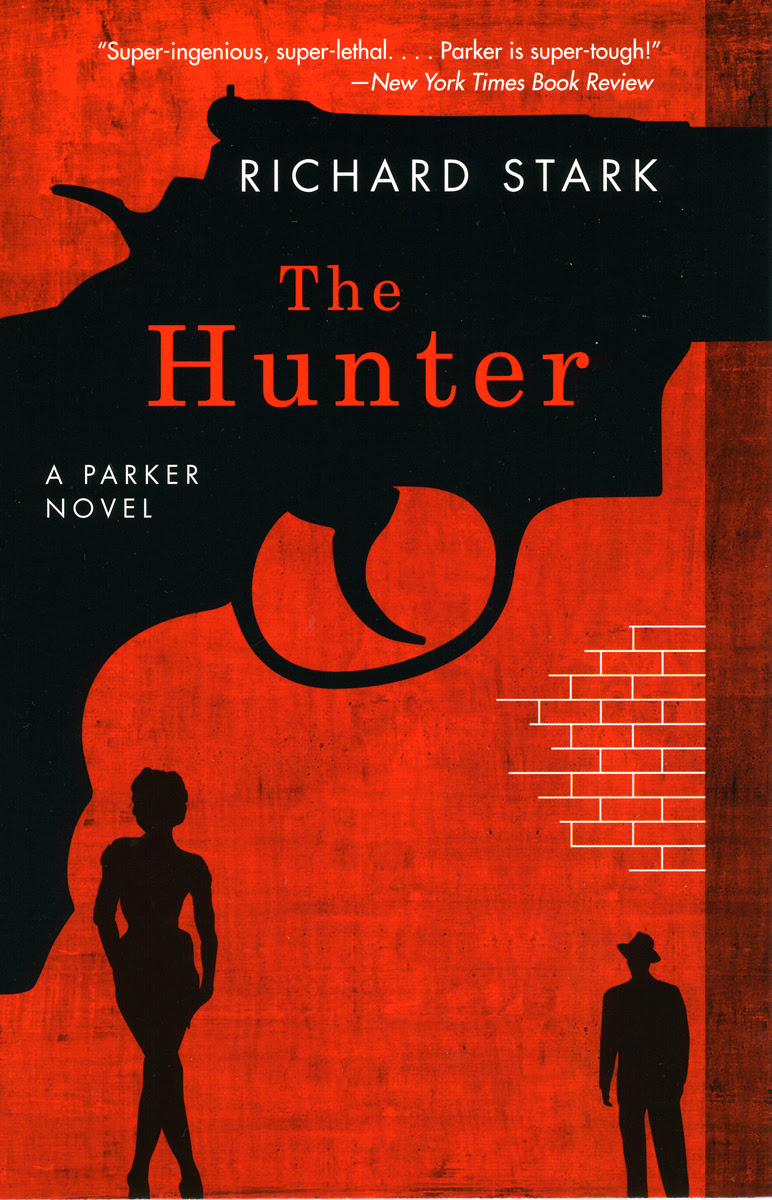 ight, and are rivaled in respect and acclaim perhaps only by Raymond Chandler. These books are crime fiction at its best, hardest, most pitiless and unsympathetic. Parker is a thief, professional and brutal. He's not the "one good thief", the kind of clever con-man you root for because he's smart and honorable in his own way, and besides everyone around him is far worse -- doing things like throwing old ladies at babies, distracting the police by setting fire to pandas, that sort of thing. No, Parker could probably be safely referred to as a scumbag, and you read these books because you know Westlake isn't going to blink. You know Westlake won't betray Parker.

Anyway, that's what I'm told. I've actually never read any of these novels. Oh, I've read Westlake before, and I think he's sensational (I particularly recommend The Hook and The Axe -- despite the titles, these are unconnected apart from certain thematic similarities), but I've never cracked any of the books upon which the bulk of his reputation is built. That's because they've almost all been out of print for the entire time I've been aware of them (which is a long time), and second-hand copies of the early books in the series can sell on Amazon for anywhere between thirty to seventy bucks. It's been frustrating, but I figured I could wait, all the while picking up the rare cheap Parker novel whenever I ran across one.

I look at this Monday as the day I can finally think of myself as a true connoisseur of the crime genre. I've been reading deep into the genre for many years, but I've always felt like a guy who walked around claiming to know more than a thing or two about a little writer you may have 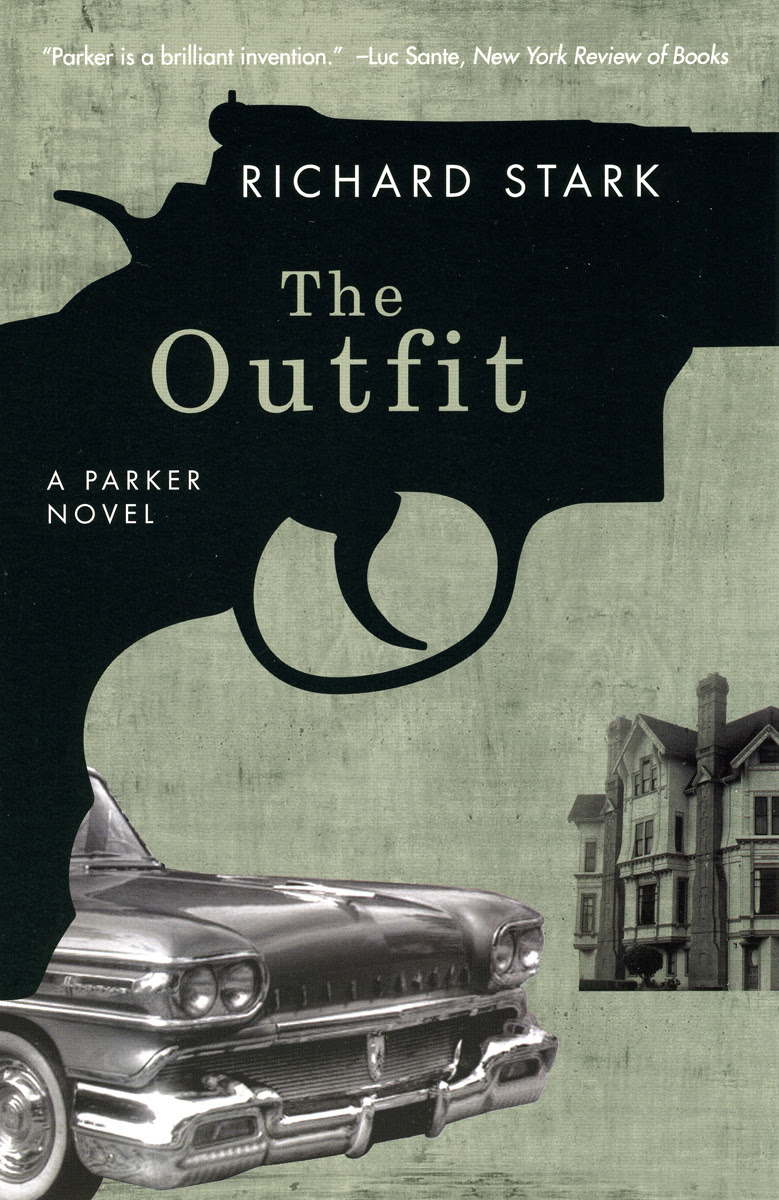 heard of by the name of Shakespeare, all the while concealing the shameful fact that I'd never read Hamlet (though I had seen those two movies they made from Hamlet, the ones starring Mel Gibson and Lee Marvin).

Okay, yes, I could have read any of the five or six Parker novels I've been fortunate enough to stumble across over the years (like Butcher's Moon -- $75 on Amazon, last I checked, bought by me for a buck at a thrift store in Nag's Head, NC), and reading the books out of order is a practice that has even been sanctioned by Booker Prize-winning Irish author John Banville, who, incidentally, recommends starting with The Jugger. But while I'm currently reading John D. MacDonald's Travis McGee series out of order, and finding that in this case the practice seems to be working out fine, I could never bring myself to dive into the middle of the Parker books like that. These are, supposedly, the best the genre has to offer, after all. The experience has to be as pure as I can make it.

So mark your calendars. Or just put a note on your fridge that says "Monday: Stark books. Also buy meat". Or whatever else it is you need to buy that day, I don't know. I'm not you. But anyway...Westlake. Stark. Parker. Monday. 'Twill be a great day.

PS - This post was supposed to mainly be about lesser known crime novels and writers that I wanted to bring to everyone's attention (while possibly taking a few pot-shots at those writers I feel are wildly overrated, George P. Pelecanos!), and now look what happened? It all plum got away from me. So I guess I'll have something to write about tomorrow. Take that, bloggers who at this particular moment are fresh out of ideas!
Posted by bill r. at 7:22 PM

If it makes you feel any better, I haven't read any of the Parker novels either, and I used to be quite the hard-boiled aficionado. Although I never considered myself a connoisseur, just sort of a snotty little dilettante ...

ok, ok, so I was a poseur, a bounder, who would feign knowledge of the greats -- Chandler, Block, MacDonald -- but hide in the bathroom reading Parker, Hillerman and even (gasp!) Christie. Oh, I feel so dirty ...

I haven't read Block, either. Really, there are quite a few big names in the genre I haven't gotten to yet, but the Parker novels are by far my biggest blindspot.

But why the "used to be", Rick? Did you give up the habit for some reason? And what reason could there possibly be for denying yourself one of the great joys that fiction has to offer?

Actually, I've read Block (just a hard-boiled name I came up with.) His thief Bernie Rhodenbarr fits in the category of criminals with redeeming values that you mentioned, his Hit-man John Keller somewhat less so, and his darkest novels Matt Scudder.

I've also read John D. MacDonald, although not nearly all, but not Ross MacDonald, who was the one I was thinking of.

As to the former "hard-boiled aficionado" crack, i don't read nearly as much of anything as I used to, don't know why. Maybe getting old.

Well, maybe you should jump back in the saddle with the Parker novels. You know, I hear they're re-issuing the first three books in the series on Monday...

Thanks for letting me know about this. I am a major Stark fan.

No problem, Larry. I'm picking the books up this weekend. I can't wait.