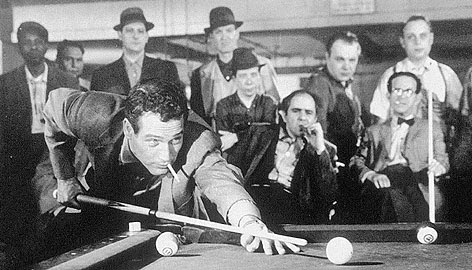 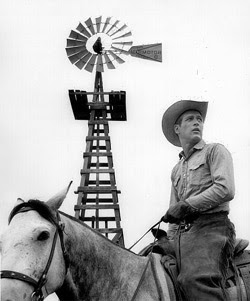 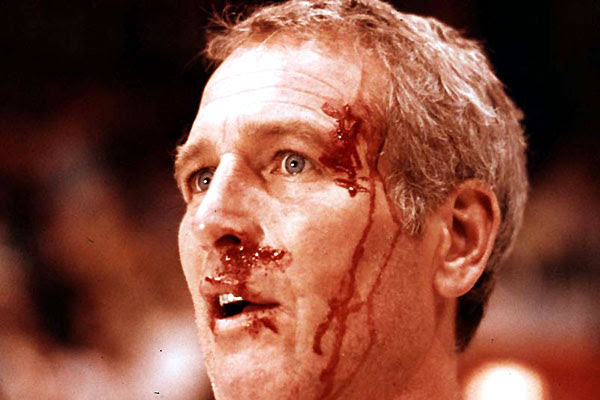 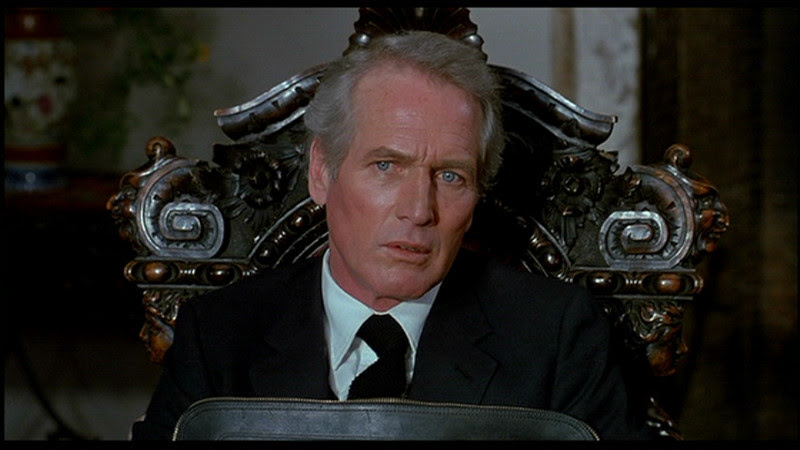 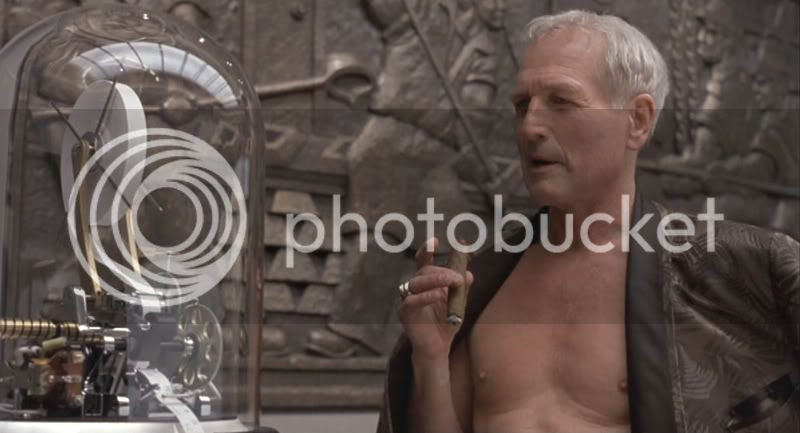 Fantastic montage. But what's the last image from?

That's from the highly underrated The Hudsucker Proxy.

Aha! I should've known-- it's been years since I've seen that film. I think the robe threw me, as all my memories of that movie have Newman in a suit.

I knew you'd have something out here about him! I feel kind of like a good friend has left me. What an actor. Did you ever see 'Iconoclasts' on the Sundance channel with Newman and Redford? It's just an hour with them talking about some of the passions they have in life and some thoughts on the movies they made together. My favorite Paul Newman memory though was when he was filming 'Slapshot' in Syracuse. I happened to be in a bar where some of the movie folks and the hockey players where hanging out. Parked outside the bar was an RV and all the interior lights were on so you could easily see, sitting at the dinette table, Paul Newman with a can of Bud in front of him. What a guy!

Pat, is that you?? I remember you telling me about seeing Newman in Syracuse, and I always thought that was a really cool story. Wasn't it a Budweiser?

I remember two stories that William Goldman has told about him. One is that he, Newman, and some director (Jack Smight, maybe?) were walking down the side of the road, talking about the movie they were all working on, and Newman had picked up a handful of rocks. He would occasionally pitch one of the rocks off to the side, away from traffic. Goldman realized that Newman was doing this so that the people in the passing cars would see his face, pull over, and mob him.

The other story involves Goldman asking Newman why he didn't give autographs. Newman said, "I'll tell you when I stopped. I was at a urinal, and a guy came up to me..."

I never saw that episode of "Iconoclasts", probably because I find Redford annoying. But I should see it just for Newman (something tells me they'll probably air it a few times in the next week or so).

I finally bought The Verdict a month or so ago. I should probably give that a spin. Anyway, thanks for commenting Pat. If that was, indeed, you. If not, man, what a coincidence.

Also, Pat, I see you already identified the beer as Budweiser. Sorry, but I'm tired!

Yes, hi, it's me, Pat. I understood the other comment about would/wouldn't and knew what you meant. Also figured I had told you that story about Syracuse, but I like it. The 'Iconoclast' show is mostly Newman and a lot about the theatre he worked with in CT. Please watch it. The only good thing is we will certainly see a lot of his movies in the next few weeks. Hope you and the K-lady are both well.

I knew it was Pat too. Bill, I'm surprised you haven't seen The Verdict yet, being such a big fan of Mamet. The movie is good, sometimes very good and I like it. But Newman... Damn he's good! It's an excellent performance.

Jonathan, I have seen The Verdict, but I haven't watched it since I bought it.

And I don't know if you were joking, but the "Pat" going by "Deux Chien" isn't the "Pat" of "Doodad Kind of Town". This Pat is an old friend of mine from Northern VA.

But you were probably joking. So forget it.

Jonathan's like an elephant who won't forget ... and you already checked out my blog, bill, so you know how I feel about The Hudsucker Proxy. I love Newman in that.r