Rather a Hard Life 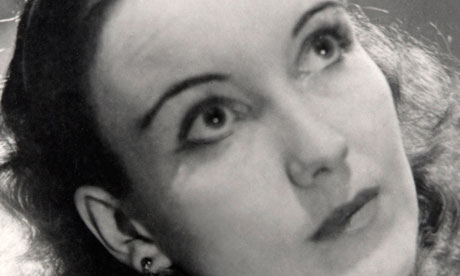 Daniel Handler once pointed out that among the strangest things to be found in Michael Tolkin's hugely strange 2003 novel Under Radar was that it "has a witch in the first sentence who never shows up again." Similarly, maybe two-thirds of the way through Barbara Comyns' second novel, Our Spoons Came from Woolworths from 1950, a ghost appears for a few sentences and is then gone and forgotten. I would be inclined to dismiss this visitation as the dream of our narrator, Sophia Fairclough, except that the ghost is seen and remarked upon by a second person. At least according to Sophia, who I'm inclined to believe, as she'd seemed pretty honest up to that point.

Otherwise, Our Spoons Came from Woolworths is essentially a realist novel, though one which makes room for character names like Peregrine Narrow and Bumble Blunderbore. Though the novel is far from soaked in such flourishy character names -- those are, I believe, the only two -- I believe the reference to Dickens is clear. When reading the name "Bumble Blunderbore," let's not forget Mr. Bumble from Oliver Twist, though the two would seem to serve different purposes. But anyhow, the story of Sophia Fairclough's life is a story of poverty, heartbreak, sadness, and tragedy, and so Comyns seems to me to be nodding back in the direction of Britain's, and perhaps history's, foremost chronicler of the terribleness of life. Our Spoons Came from Woolworths is not otherwise Dickensian, however -- apart from its considerable brevity, the title itself suggests this is a novel which is not only picking up almost directly where Dickens left off (Dickens having died in 1870, Woolworths having been founded in 1878) but one that has a wryness to it with which Dickens, though himself a writer possessed of a rich sense of irony, may not have recognized. Our Spoons Came from Woolworths isn't a funny novel, and it's not nakedly striving for social reform through satire. Its wryness, and Comyns', comes from simply having been around the block a few times.

The novel, which has just been reissued by NYRB Classics, begins like this:

I told Helen my story and she went home and cried.

This is being said to us by Sophia Fairclough, our narrator, as I've said, many years after the main action of the novel, which comprise the worst years of her life up to that point, have occurred. Sophia is consciously, even self-consciously, telling us her story. In the first stretch of the book, there are several, I don't know if you'd call them post-modern exactly, but anyway references to the fact that first person narrators must be telling us all of this stuff somehow. The most explicit of these comes when chapter nine begins like this:

This book does not seem to be growing very large although I have got to Chapter Nine. I think this is partly because there isn't any conversation. I could just fill pages like this:

'I am sure it is true,' said Phyllida.

'I cannot agree with you,' answered Norman.

'I beg to differ,' said Norman sternly. That is the kind of stuff that appears in real people's books. I know this will never be a real book that business men in trains will read, the kind of business men that wear stiff hats with curly brims and little breathing holes let in the side. I wish I knew more about words. Also I wish so much I had learnt my lessons at school. I never did, and have found this such a disadvantage ever since. All the same, I am going on writing this book even if business men scorn it. 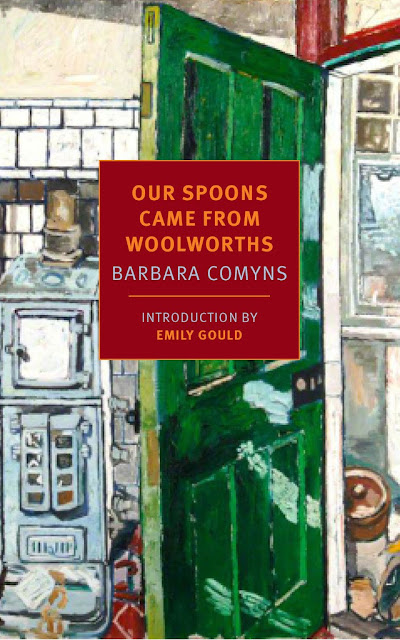 Perhaps you've detected a certain frustration in that passage, from Comyns no less than Fairclough. Our Spoons Came from Woolworths is considerably autobiographical. In the novel, Sophia marries Charles Fairclough, an aspiring painter from a broken but not unwealthy family. Sophia has two siblings, a brother and a sister, but the rest of her family is gone "for one reason or another." In life, Comyns' first marriage was to John Pemberton. Pemberton was an artist, and Comyns an art student at the Heatherley School of Fine Art. The marriage was brief, but it brought Comyns into the world of people like Dylan Thomas. Even though Comyns herself claimed that "The only things that are true in this story are the wedding and Chapters 10, 11 and 12 and the poverty" (that's on the copyright page) it's easy to regard that claim as disingenuous. The monstrous laziness and selfishness displayed by Charles in the novel may or may not correspond to John Pemberton, but the artistic ambition of the fictional couple must correspond on some level with that of the real one. Then again, who cares? What matters is, in the first chunk of Our Spoons Came from Woolworths Sophia and Charles Fairclough fight to be allowed by Charles' divorced parents to get married, and when this is achieved their lives immediately begin to disintegrate.

It's worth noting that it's true, as Chapter Nine indicates, that there is very little in the way of dialogue in Our Spoons Came from Woolworths, and such dialogue as there is is contained within paragraphs, as opposed to being separated out (which would beef up the page count, as Sophia implied). That doesn't mean that Comyns' novel resembles something written by, say, Thomas Bernhard, but it does mean that the story is written in a style that doesn't focus on individual scenes of drama, or is a story even much interested in progression. Sophia's life, like history, is just one damn thing after another, so that major events (deaths, marriages, ghost) are often presented with the same level of significance as more minor ones (being taken out to lunch, getting a pet, getting a part-time job). It's all one life. There's no build, as such. She's telling it to us, and it's in the past for her.

Given the above, it's difficult to describe Our Spoons Came from Woolworths in terms of plot. Most of the story is a chronicle of struggling with poverty, the blame for which must fall pretty much entirely on Charles, who sits at home and paints and paints and paints, and who we're told is not without talent, but who also lazily and obliviously eats the small, poor birthday cake that Sophia made for their child, Sandro, before Sandro ever even laid eyes on it. This drives Sophia to actually strike Charles, but this reaction is rare. Mostly she's ashamed. Mostly, she feels disgraced. Everyone else, however shitty they may be, is rather comfortable with the fact that they are correct. Sophia enjoys no such confidence. During the years of poverty, this is as good as things get:

As the year went on our poverty got worse and worse. Charles just painted away and didn't notice unless there was no money for cigarettes. Then he would borrow a few shillings from Francis to buy some and he would be happy again. I was out working so much he had to look after Sandro nearly every day, but he was more reconciled to him now.

Please note the word "reconciled" to describe a father's relationship with his infant. There is much in Our Spoons Came from Woolworths about pregnancy and childbirth, and the fear of pregnancy and the dangers of it. Much of it, of course -- most of it -- is also about poverty. Having nothing, living with nothing, being happy to get a break on milk. Comyns is never ostentatious about this (as Dickens would have been, which I do not in any way hold against Dickens). Add a baby, or babies, to the poverty, yet remove any gilded language that you might expect from such material, and you have Our Spoons Came from Woolworths:

After Christmas things became grim again. No more book jackets came Charles's way and my model work was irregular and poorly paid, and the expenses were heavier now Sandro was weaned. We seldom had a fire and the light got cut off because we had not paid the bill, so we bought a little lamp for two-shillings-and-elevenpence and it gave quite a pretty light. We went to the electric light people and asked for the money we had given for a deposit back. It was nice to think they owed us money instead of it being the other way round. They gave us the deposit money less what we owed them and it paid for our food for a week. These days we lived on vegetable soup and bread. Sandro had milk and an occasional egg as well. 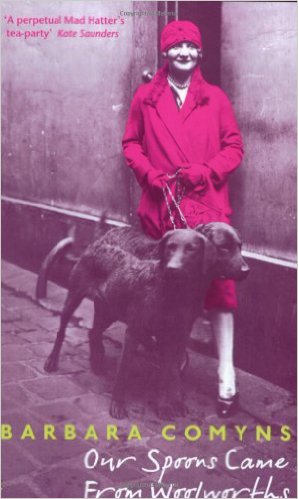 "...and it gave quite a pretty light." That perhaps offers a nutshell-account of Our Spoons Came from Woolworths better than anything else could. It's not so much that Sophia is naive or passive, or even optimistic, although at various times she's both. It's that she's young, and wants things to be nice, although she's no Pollyanna. How could she be, when her poverty and loneliness, in a life that includes a husband and children and a love affair, is so relentless? I was surprised while reading Our Spoons Came from Woolworths to be reminded of post-apocalyptic novels like Cormac McCarthy's The Road (and even horror/survival novels like Scott Smith's The Ruins). I realized the connection between such books, where in one a free lunch at a restaurant by an admirer or a kindness given by a landlord, and in another the divvying up of a single tuna fish sandwich among a half-dozen starving people, or sudden discovery of a fully-stocked bomb shelter by a father and son who've lived for many days on nothing, is pretty much unshakable, and as a regular reader of books that fall into all these categories I should have picked up on them before. And it's not the parts where the characters have nothing that grind you down -- it's the brief periods where the smallest things seem like decadence in comparison. The power of Solzhenitsyn's One Day in the Life of Ivan Denisovich is that that one day was the best day he could have hoped for.

Barbara Comyns was a great writer. Our Spoons Came from Woolworths is the third by her I've read, following The Vet's Daughter and Who Was Changed and Who Was Dead, each of which made my "Best Books" list in respective years (in which I read them, that is). Yes, she's forgotten, but there's no reason she should be. She's coming back in print, slowly but surely. Give her a look.
Posted by bill r. at 9:35 PM