Capsule Reviews Again, But Short Ones This Time 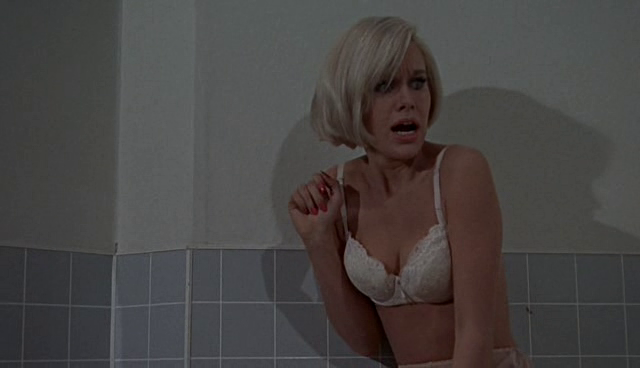 The Deadly Bees (d. Freddie Francis) - The other day on Social Media, I was moved to remark that over the course of his career, Freddie Francis directed many films for Hammer Studios, such as Dracula Has Risen from the Grave, and films for Amicus like Torture Garden, as well as interesting yet unaffiliated horror-ish one-offs like an adaptation by Ronald Harwood of the previously unproduced Dylan Thomas script about Burke and Hare, The Doctor and the Devils. In addition, Francis was perhaps an even more accomplished cinematographer, with DP credits on Scorsese's Cape Fear, Lynch's The Elephant Man and The Straight Story, and, most fascinatingly, Edward Zwick's 1989 Oscar contender Glory (my favorite film for a period of time in my youth). That is an interesting and varied career, fellows and ladies.

All that being said, what can one, finally, say about The Deadly Bees? This is a film that Francis directed in 1966, from a script by Anthony Marriott and, more notably, Robert Bloch, from a novel by H. F. Heard. I'll confess that I came to it first via the episode of Mystery Science Theater 3000 that showcased it, but amusing as I've always found that episode I have often wondered if, removed from that context, the film was really that bad. Well, Olive Films has provided me, and all of us, the opportunity to find out with their release of The Deadly Bees on Blu-ray. And of course, no, it's not that bad. Yes, there's some goofiness early on involving Britain's groovy music scene, from which our heroine Vicki Robbins (Suzanna Leigh) needs a break. But once she's sent, at the behest of her manager, to a rural English village to enjoy some peace as the tenant of a prominent local beekeeper Ralph Hargrove (Guy Doleman) and his wife Mary (Catherine Finn), it's really not that bad. We know, from a subplot involving a police investigation, that someone from that village has been sending letters to the cops threatening to unleash a deadly bee attack, and so the question is, is the culprit Hargrove, or his rival beekeeper H. W. Manfred (Frank Finlay)? All signs point to Hargrove, and Vicki teams up with Manfred to bring him down.

I think Hargrove and Finn are both pretty terrific. Theirs is an awful marriage, Hargrove is a cold bastard, Mary is understandably embittered, and both actors play the day-to-day reality of such a relationship quite well, without ever going into hysterics. Finlay is also really good -- I love the sympathetic yet thoughtful way he says "Poor little dog," regarding an early victim of the bees -- and in general the environment of the village is well sketched. The film is tripped up by Leigh, who simply doesn't seem like an actress here, to be honest, and the special effects -- you'd expect killer bee effects to not be at their peak in 1966, and you'd be right. But otherwise, it's, you know, it's fine. There are worse films. There are probably worse films about bees. I will say, however, that The Deadly Bees ends with one of the strangest and most unintentionally funny non-sequiturs I've seen in a film that's not really all that bad. 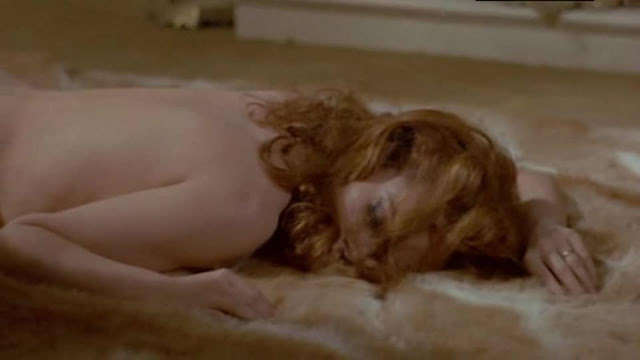 A Black Veil for Lisa (d. Massimo Dallamano) - Also just released on Blu-ray by Olive Films from which, when I threw it on last night, I didn't know what to expect, is this Italian thriller from 1968. I thought it was going to be what we in the movie-watching business, and also Italians of all sorts, call a giallo, but it isn't really. It's a cop movie, about the hunt by Inspector Franz Bulon (John Mills) for a mysterious drug dealer, a well as the hitman that drug dealer has hired to kill anyone who is about to give information to the cops. That hitman, named Max Lindt, we actually meet early. He's played by Robert Hoffmann, and when Bulon hunts him down the film gets flipped on its ear because Bulon hires Lindt to kill his, Bulon's, wife. Her name is Lisa (Luciana Paluzzi), and Bulon's love for her is intense to the point of obsession. So when he learns that she's been unfaithful, he snaps.

So what A Black Veil for Lisa turns out to be is Vertigo by way of James M. Cain. John Mills was no Jimmy Stewart, but he was John Mills, and there's something about the silence of his pain and anger that is both moving and unnerving. I wasn't shocked that he hired someone to kill his wife. But while Massimo Dallamano is Massimo Dallamano (I believe the only other film I've seen that he directed is the fairly ridiculous What Have You Done to Solange?), he's certainly no Alfred Hitchcock. I don't know, I just think that if your influence, or source, is going to be so obvious, maybe goose things up a little bit. There's not a whole lot going on here visually, but it's a good enough way to pass the time. It's certainly competent, and I'd wager the storytelling and Mills will be enough to get you through.
Posted by bill r. at 7:36 PM

I read this. Now leave me alone.