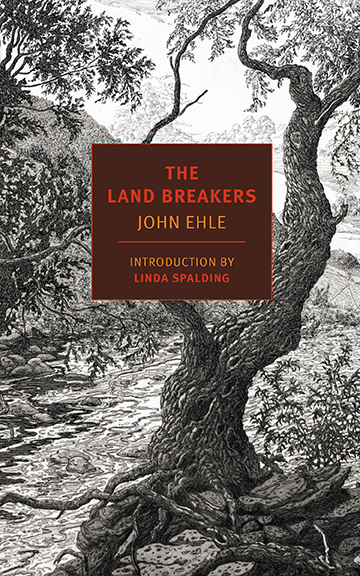 At the beginning of John Ehle's novel The Land Breakers, a young married couple named Mooney and Imy Wright arrive in North Carolina in 1779 with the dream of building a home and possibly being the first members of a new settlement. After much struggle that brings them close to despair, they are able to buy a section of land in the mountains -- difficult terrain to farm, and to transport livestock from, but it's what they can buy. But not long after they've built their cabin, Imy becomes ill and dies. Before Mooney can bury her, another group of settlers arrive, led by aging patriarch Tinkler Harrison, arrive. His large family, some livestock, as well as slaves travel with him, and his dreams of starting a settlement are bigger than Mooney's and Imy's had ever been. They find Mooney digging her grave, and Tinkler orders family and slaves to help. Eventually, Imy is buried, and Mooney grieves:

There would be no more touching her, he knew, no more seeing her by the fire, no more holding her of a night or feeling the softness, then the tightening of her body; they would not plant together the torn rows of their own making. The dirt was closing over her now; the mountain had received them with noisy challenges and now had taken her. The mountain wanted the old way still, and he who changes what is ordered and old and set is a man who grasps the lion's jaws.

The Land Breaker was published in 1964, and for its 50th anniversary it has been reprinted by NYRB Classics. This is one of only a few times that the book has been reissued -- in 2009, poet and novelist Michael Ondaatje had recently read the Down Home Books edition when he wrote:

John Ehle, from North Carolina, is now 84, and is still shockingly unknown. It has taken a small press, Down Home Books, to begin republishing his work in the last two or three years. The Land Breakers is a great American novel, way beyond anything most New York literary icons have produced. And that is only one of several remarkable novels, though the one a reader new to Ehle should begin with.

So this is a forgotten book, though loved by those who know it, this also being a reasonably good summary of NYRB Classic's mission statement. But if I say that Ondaatje is slightly overstating it -- which New York literary icons are we talking about here, exactly? -- that doesn't mean I think he's wrong.

After Imy Wright's burial, the novel jumps ahead to 1780. The novel is structured around such time-jumps -- the novel is about 340 pages long and ends in 1784. At any rate, by 1780, Harrison's stretch of the settlement has spread. There is him, of course, and his new bride Belle, who is in fact his niece. Also building a home in the mountains is Harrison's sister Inez and her husband Ernest Plover, they being Belle's parents, their gaggle of children including sixteen-year-old daughter Mina, and Harrison's daughter Lorry. Still technically married, Lorry is nevertheless alone, her husband Lacey Pollard having disappeared, evidently abandoning her and their two sons, Fate and Verlin, some years before. In the process of creating this now mountain home, she will meet Mooney, and as his grief passes they will fall in love and settle down together. 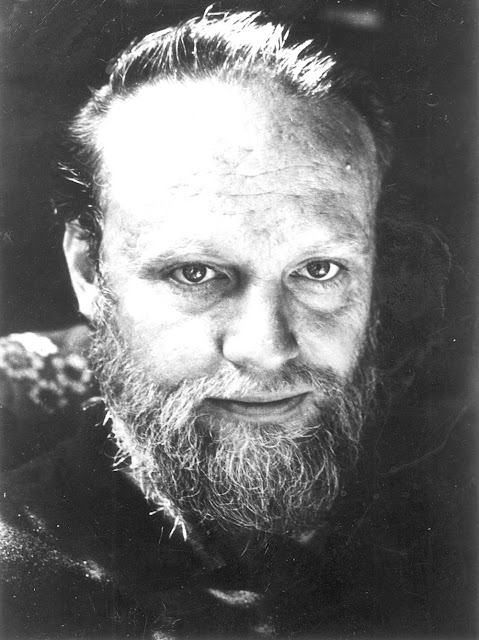 More will come: a family of German immigrants, another young married couple led by a foolhardy husband, two men and their wives, all four of whom seem to revolve around the existence of a lazy outlaw. Also coming to the settlement, and never really leaving, are the beasts that were there first, the wolves and bears and snakes who attack the people rarely but are constantly going after livestock. Bears are chased as they carry pigs into the woods. It's a constant battle to protect the stock, to grow food, to make clothes, to efficiently move goods down the mountain. Ehle spends a lot of time on the details of these facts of life, but he somehow avoids making these passages feel like a dry recitation of facts he'd like you to know he knows. This stuff is, after all, the very lifeblood of the novel. It's about settlers, after all; not just settlers but settlers who are new to it, in a country that only came into existence a few years earlier. And besides that, for Ehle it's not just facts -- it's character:

[Lorry] carded the wool and spun it on the wheel, and she spun the flax. She could relax as she made cloth. She could sit there at the loom and listen to the boys talk and watch Mooney work on wood and leather. The shuttle murmured under her hand, and there was the steady thud of the batten striking the web, sounds which settled in nicely with the fire sounds. She would tramp the treadles, all without conscious thought, for she had done it in many winters before this one, had made cloth for her boys before this time, and cloth for a husband before this one. The flax was on the loom, dyed light tan from the black walnut bark, and she threw the shuttle, carrying yarn of undyed lamb's wool, through it, and the cloth inch by inch came from the loom night by night. It was a loosely woven cloth, but once she had put it in the dye pot and the dye had struck the lamb's wool, once the new wool soaked it up, it would shrink around the linen with a tight grip.

There's a certain Hemingway-esque "The river was there" feel to a lot of this, so your patience with The Land Breakers may depend on your patience with Hemingway. Then again maybe not, and I besides I like Hemingway, so you're on your own. Anyhow, it's not all looms and farming. There's a great deal of high drama of the kind that could be considered soap opera if Ehle was interested in, or unimaginative enough to rely on, clichés. For example, the young woman Mina is attracted to Mooney before her cousin Lorry, and Mooney reciprocates before deciding Mina is too flighty, to much of a child. At one point, I believed Ehle would spin this out in a way that would milk Mina's youthful jealousy for all it was worth, but he doesn't do that. Mina is not a simplistic, childish time-bomb -- she is, in fact, not a time-bomb at all. Being turned away by Mooney is simply one of many things that happen to her, another hardship to be suffered on this mountain, one that is perhaps unique to her on this spot at this time only because of her age. She handles it no better or worse than millions of others. The whole novel is like that. The climax sets up an event you might have anticipated, but plays it out in a way that I, at least, would never have dreamed.

And it's this kind of refusal by Ehle to take an easy route, or to create an easy villain, that can make The Land Breakers such an exciting read. By eschewing the lazy signposts of suspense, he's written a novel that I found impossible to predict or outsmart. Even Tinkler Harrison, who is the least sympathetic character in the novel, is still no simple devil to be struck down, or conversely despised as his greed conquers all. Good and bad exist together, and the fact that morality was different in the 18th century is understood and not remarked upon. Ehle is depicting the lives and minds of early Americans without judgment.

The Land Breakers is the first of John Ehle's seven "Mountain Novels." Whether or not NYRB has plans to reprint any more of them I couldn't say, but on the basis of this one it's pretty clear that Ehle has been neglected for too long, and a full rediscovery is in order.
Posted by bill r. at 9:42 PM