Once again I would like to tell you all about some books I read last year. As always, my list isn't meant to be a "Best of 2013" because I never read enough new books in a given year to make that work and, indeed, there are no 2013 books on this list at all. I think I only read two anyway, George Saunders's The Tenth of Decemberand Sam Lipsyte's curiously-similar-to-Saunders The Fun Parts, neither of which made the cut. So take that, contemporary literature! Also, as always, you should make nothing of the order of these -- it's not a ranking. But also, as always, the last book on the list probably actually is the best thing I read all year. 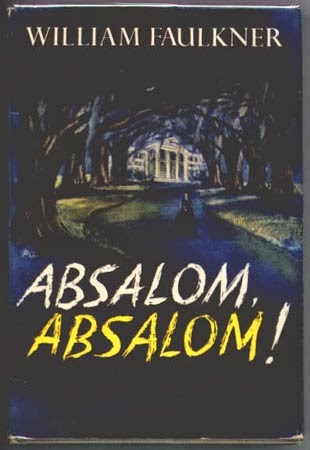 Absalom, Absalom! by William Faulkner - Amazing, complex, infuriating, deeply bizarre, possibly, or probably, heavily inebriated. Quite a performance. What more can I add about this psychically morbid chronicle of the complicated moral disease of history, embodied in the immortal, sort of, Tom Sutpen? On a number of levels, for my purposes today, this novel, considered by many to be Faulkner's masterpiece, completely defeats me. But while reading it, it's a book you sink into, like quicksand. 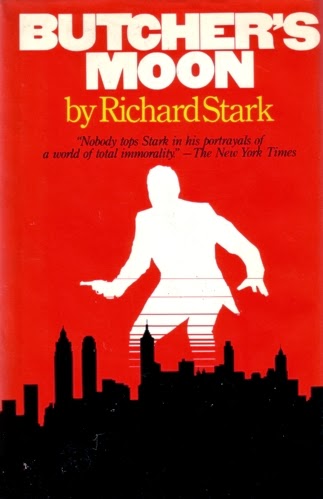 Butcher's Moon by Richard Stark (Donald E. Westlake) - This is the last of the original run of sixteen Parker novels that Westlake wrote before taking quite an extensive break from the character. And as is often advertised when the book comes up, it is the culmination of quite a lot of things, not so much in terms of plot (though this story does directly connect to a previous novel in the series, Slayground) or even, really, character, because Parker is unchanging, but in terms of ruthlessness. Butcher’s Moon is not quite so pitiless about Parker’s moral universe as The Jugger – which is still, to me, the gold standard of the series, and quite possibly of the whole genre – and there’s even, to my dismay, a mild softening here. Parker is not inhuman. Or he’s not entirely inhuman. Of course you could say that already happened with the introduction of Claire, Parker’s girlfriend, but I firmly believe the only reason Claire exists in the series (and the book in which she’s introduced, The Rare Coin Score, is pretty excellent, and not especially soft) is because Westlake got tired of repeating Parker’s between-jobs downtime in every book. No, here, in Butcher’s Moon, Parker does something for someone else. I’m not sure how to feel about that. But then again what he does is rain down Hell, if not precisely on the just and unjust alike, then at least on the deserving and the undeserving. But “deserve”’s got nothin’ to do with it, and so on. 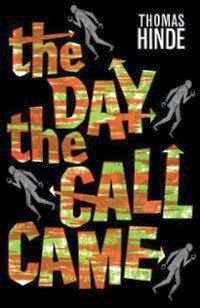 The Day the Call Came by Thomas Hinde - Reviewed here. 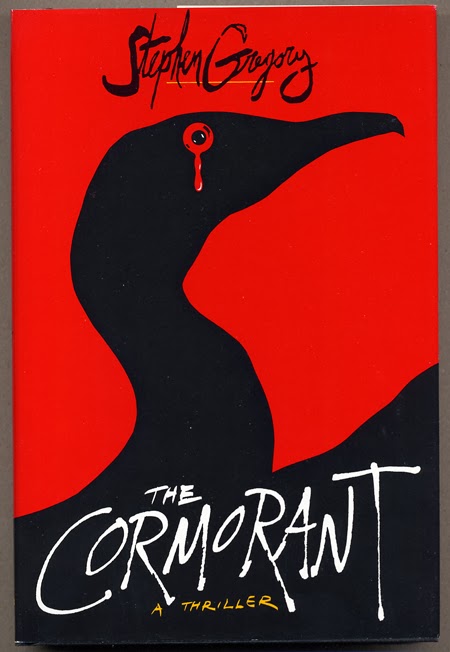 The Cormorant by Stephen Gregory - I wanted to write about this one last October, but with one thing and another I never did. This is one of those slender little British horror novels, set in the country, about a family who, when one strange element is introduced into their lives (in this case, the titular bird, which sounds like a terrible kind of a bird), begins to implode. Quite weird, subtly skeevy, and finally horrifying. 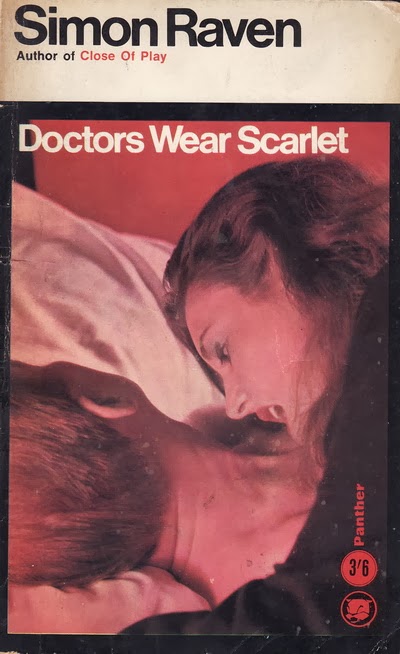 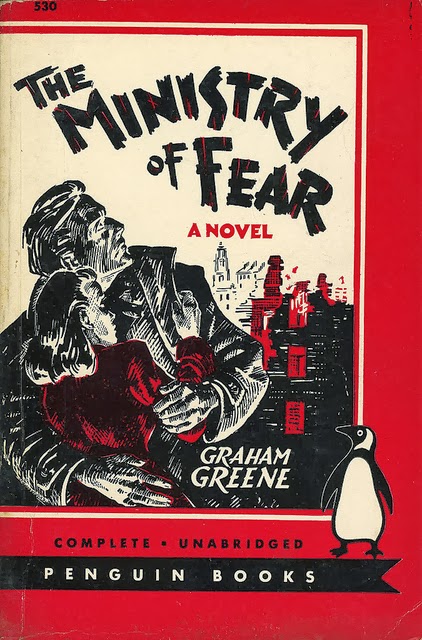 The Ministry of Fear by Graham Greene - Discussed here. 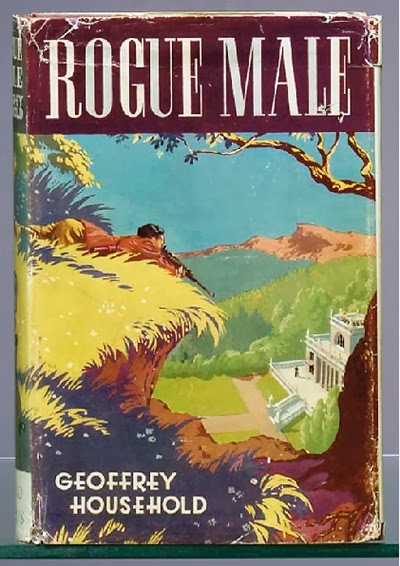 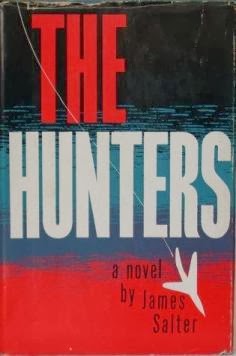 The Hunters by James Salter - Salter is pretty dismissive these days about his first two novels, this one and Cassada (aka The Arm of Flesh), both of which are about his years as a fighter pilot in Korea. Well, he may dismiss away, but I very much liked both. The Hunters in particular is a fascinating novel about an American ace who finds, through bad luck (or some might call it “bad” luck) and vanishing self-confidence, unable to live up to the hype. Salter’s approach is unusual, and the dogfight scenes, while as clear as any I’ve read outside of Derek Robinson (“clear” is not the only word I’d used to describe Robinson’s dogfights, but anyway), are few and far between. They are, in fact, almost beside the point in that the means through which the goal is being sought could be anything. This becomes more plain once you’ve seen the film Downhill Racer, which Salter wrote, and which feels like The Hunters but for skiing. 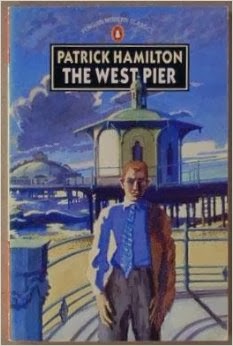 The West Pier by Patrick Hamilton - The Neil Labute who wrote In the Company of Men almost certainly has read Patrick Hamilton’s The West Pier, and I’d say he owes Hamilton an apology, on various grounds. This comparison, even with the stuff about owing an apology, probably won’t sell Hamilton’s black-hearted novel (part one of a trilogy about sociopath Ernest Ralph Gorse) to many of you, but there is a big difference (plus lots and lots of smaller ones): with In the Company of Men Labute acted as though he was describing all men. In The West Pier, Hamilton is only concerned with describing this one man. It is therefore all the more persuasive, and disturbing. 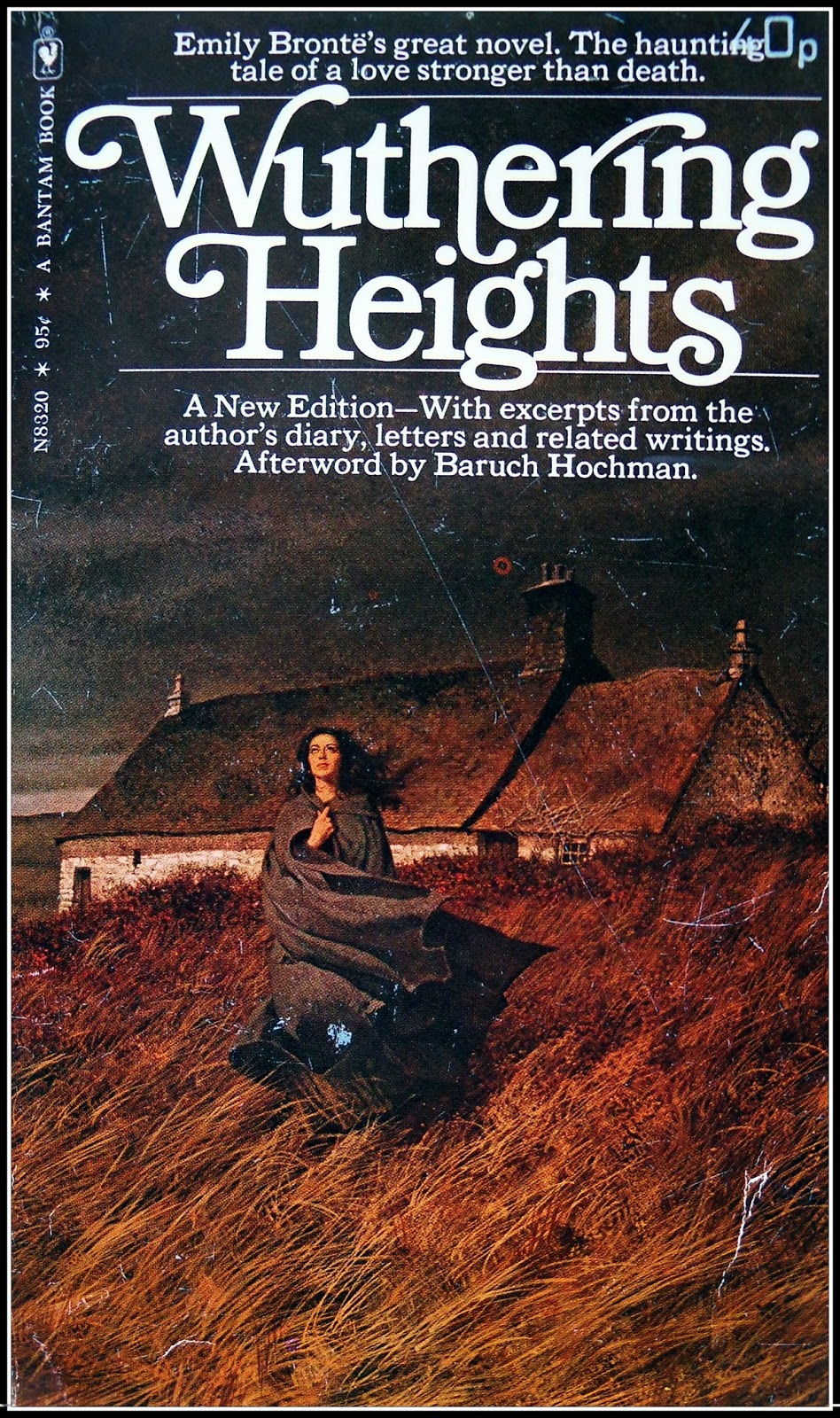 Wuthering Heights by Emily Bronte – For a long time, my belief was that Wuthering Heights was what you might call a “classic romance.” Happy, unhappy, whatever, but love was all around. I didn’t know very much about books back then. Of course, this is not to say that love is not all around in Wuthering Heights, but a more scabrous, hateful, ruinous, vicious kind of love that doesn’t actually end with knives plunged into flesh, I can’t imagine. And by the way, I did not find Heathcliffe very likable! Or very relatable! Yet somehow I got through it anyway. 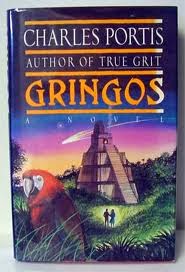 Gringos by Charles Portis – Portis’s forgotten novel, in a way, I opened Gringos with the expectation that this, his…well, I refuse to say “last,” so I’ll be optimistic and say instead “most recent” (as in, "published in 1991"), would be a lesser offering, hoping only that True Grit and Masters of Atlantis and Norwood and The Dog of the South wouldn’t loom to heavily over its pages so that I might still enjoy what pleasures I was sure must still be there. Did these lowered expectations have anything to with my belief that Gringos is one of Portis’s best, or anyway, given the amazingly consistent quality of his sadly meager output, every bit on the same level as his other novels? Don’t know, don’t care, but I also kind of don’t think so because Gringos, while every bit a Portis novel, is possibly the oddest book he’s written, a combination of The Dog of the South and True Grit, is maybe the only way I can describe it, a hilarious depiction of a group of white eccentrics who have found a home in a curious Mexico town that eventually becomes…quite something else, before becoming that first thing again. I can say no more. All I’ll note is that the fascinating narrative balancing act that Portis pulls off here (in a way that I found supremely satisfying) also sets up perhaps the single funniest sentence the man ever wrote.
Posted by bill r. at 12:38 PM

Besides the Faulkner and Wuthering Heights, The Cormorant is the only book I'm familiar with here, an underappreciated gem of a horror story, and a truly "Gothic" tale in its own right. The author's later novel The Blood of Angels is even better (worse?), a seemingly little-known pinnacle in modern Gothic horror that outdoes Ian McEwan's nastiest work in every way that matters.

I particularly like that Parker's silhouette makes plain the fact that he's wearing a suit coat of some kind, because without it of course he'd just be a common criminal and who wants to read a book about that?

John - THE CORMORANT is really wonderful, and while I haven't read Gregory's other books I immediately bought all of them. Except his new one, which I believe came out in November or something.

Will - Lee Marvin, gray suit, white shirt, black tie. That's Parker. And I'm not even crazy about that movie!