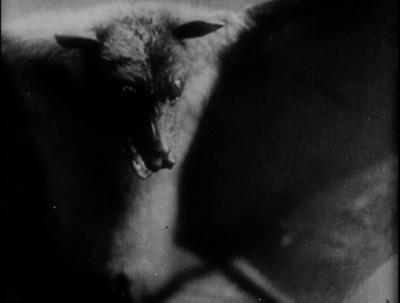 "I'm less interested in pointing out ostensible flaws than I am in going where the movie takes me." - Richard Harland Smith

Oh, hello. As you may already be aware, today sees the release on Blu-ray of director Jean Yarbrough’s 1940 Bela Lugosi vehicle The Devil Bat, courtesy of the good people at Kino, and I’ve recently had the opportunity to give it a look. For the second time in my life, as I quickly realized -- I think it hit me that the film wasn’t new to me when Lugosi’s Dr. Paul Carruthers is on the phone, warmly speculating that the family party he’s been invited to might include among its celebrations the engagement of Mary Heath (Suzanne Kaaren) to "that rascal" Don Morton (Gene O'Donnell). This is very early in the film, before, though not long before, we discover that Carruthers plans on slaughtering the apparently nice Heath and Morton families (for whom he has worked, developing new and powerful shaving lotions, and who Carruthers believes screwed him out of a fortune) with his giant mutant bats (okay, we know the bats exist), but even so that kind of sentiment coming out of the mouth of a character played by Bela Lugosi seems alien. I’m sure there are exceptions – I mean, hell, Lugosi even played a good guy now and then – but Lugosi very often played villains who, if they didn’t come by their evil naturally, had nevertheless been driven ‘round the bend long before we meet him. Contrast this with Boris Karloff, who frequently played villains whose descent we get to witness. Anyway, over the years I’ve learned not to trust Lugosi’s smiling face.

Which brings me to a few things, the first of which is sort of the key to where I want to go with this whole post. That is, the way Lugosi delivers the line about the engagement struck me, both times I’ve seen the film, as ridiculous. By which I mean, I laughed at it. Not, I don’t think, with derision, but more with a “Oh, Lugosi sure wasn’t suited for that kind of thing!” attitude. To what kind of thing? you may well ask. Happiness? An emotion we soon learn is a put on anyway. Well, get off my ass, it sounds funny the way he says it. Still, this kind of thing can infect a person, and taint how they engage with a movie, any movie, really, though I submit that horror and science fiction films of a certain vintage, and usually made for a certain budget, are the most likely to suffer at the hands of the infected. The process of watching such movies, and the early days of the revival of Ed Wood probably began the popularization of this, often seems to be one of presumption followed by a need for quick and relentless confirmation. If The Giant Claw is not bad enough, then your seventy-five minutes has just been wasted. And it naturally follows that whatever might actually be good or interesting about The Giant Claw might easily be missed because it is not why we're watching the film.

And this seems like a good time to refer back to the quote that opened this post. I know Richard, and I think of him as a friend -- how I think of him is immaterial -- and this quote, which comes from his excellent commentary track included on the Kino's The Devil Bat disc, is a more baldly-stated version of a philosophy that has been clear in his writings for Movie Morlocks and his superb yet now sadly mostly inactive blog Arbogast on Film. The philosophy, as best I can express it, is "Don't start a movie with your fists up." Or with a smirk on your face, is maybe better. This way of watching a film is not something I'm immune to. I mentioned The Giant Claw before, and I don't honestly know if there is anything good or interesting about it, because when I saw it I wasn't looking (that bird is something else, though). I mean, it can be a great deal of fun, and movies can also be a great deal of fun for all the wrong reasons. Many who lean towards the Smith/Arbogastian side of things can get so wound up about it that they're unable to enjoy Mystery Science Theater 3000, and that's not the kind of life I want for myself. But some years ago, at his blog Cinema Styles, Greg Ferrara, another friend of mine and of Richard's, hosted a blogathon, back when people did that sort of thing, called The Spirit of Ed Wood Blogathon. The idea there was not to have any illusions about Wood's talent, or to burn your leg with a hot needle any time you thought of laughing at something ridiculous in Bride of the Monster, but rather to celebrate the intent and the passion, and even the clumsiness. The Doing Of It, whatever it might finally look like. Otherwise you can find yourself not being amused by the content of an ineptly made film, but by its very existence.

And maybe it's not actually as inept as the hype, or "hype," has led you to believe. The Devil Bat, Richard strongly argues, is not inept. This being a Poverty Row production, it is cheaply made, but that's not the same thing. It was made by a crew of professionals (and by the way, a not entirely brief digression: Richard's commentary is of the "film historian" stripe also favored by your Eddie Mullers, your Tom Weavers, your Steve Habermans, and so forth, by far my favorite type, and as such is something of a juggling act between cast and crew biographies, necrologies, film analysis, and sidenotes. The connections, in a six-degrees kind of way, that Richard unearths between The Devil Bat and The Three Stooges, The Red Skelton Show, Notorious and lots of other stuff proves, if any more proof was needed, that the early days of the studio system in Hollywood was a crazy goddamn time. Richard also makes a point that might make "What was the first slasher film?" types throw up their hands in despair) who weren't delusional about what their job was in this particular instance, but tried to use their experience and imagination to make the best out of their limited budget, an admirable way of going about things that can lead to Cat People or it can lead to, well, The Devil Bat, which I do not, as it happens, like as much, or rather sincerely like as much, as Richard does. The film is structured around the deaths of the Heaths and the Mortons, so that outside of Lugosi and the the wise-cracking journalist pair (Dave O'Brien and Donald Kerr) who come in to investigate, all the characters are related, or betrothed, and yet the deaths register as nothing much at all. This heedless, ever-forward kind of filmmaking can be thrilling, but in a story like this kind of begs the audience to scoff -- it matters to no one onscreen, so why should it matter to me?

Though why is that kind of narrative base-touching all that matters? Richard, who doesn't entirely agree with me about this emotional, or emotionless, depending who you ask, facet of The Devil Bat, would argue that the baby should not be thrown out with the bathwater. And he's right. Nowadays, audiences, particularly the vocal online sort, will throw out that baby and then piss all over it for far less. Prometheus leaps to mind unbidden, and the cries of "But a guy who was a space zoologist..." and "If I was a space robot I would never..." that swarmed, smothered, and torched that film's chances to be seriously engaged with by anyone other than loony-bird "apologists" such as, well, myself. Hitchcock, were he still alive and making movies, would, in the face of the Plot Hole Condemnation Affiliate and the Two-Dimensional Character Persecution Affinity, say something like "Fuck this shit." You get the idea, I think, but my point is the kind of dismissal that Richard argues against is spreading and taking new forms, hiding as sophistication within the bodies of Glenn Kenny's "know-somethingish" types, who, quite frankly, plague us, and whose most distinguishing characteristic is that they walk into a film believing that they know better than the film itself what the film is, and what it's goals are. Or they bring with them a mental checklist of what a film is supposed to be, and if all those boxes aren't ticked, brother, you better watch out (Coppola's Twixt is a recent victim of this, but more on that, and this is a promise I can actually keep, later). This even applies to Ed Wood, which was the idea behind Greg's blogathon. I'm a bit dubious about the levels to which some people have taken their appreciation of Wood -- if he was something other than incompetent, I've yet to notice it -- but if Glen or Glenda? is only hilarious to you, then you didn't sit down with the goal of actually watching a movie. This does not mean that Glen or Glenda? isn't hilarious. It also doesn't mean that the "you" in my previous sentence has never applied to me. It has, and often. But boy is that experience becoming emptier and emptier.

So anyhow, that's the pile we're buried in, and it's left to The Devil Bat to fight its way out. Not liking the film as much as Richard doesn't mean I don't take his point, both in general and as it pertains specifically to The Devil Bat. Lugosi, Richard says in his commentary, is on point throughout. That's true. It's up to the viewer to understand where that point is located.
Posted by bill r. at 7:54 PM

While I don't have much time for the whole Mystery Science Theater thing, myself, or for the sort of smirking blanket dismissal, usually of older works clearly tainted by the cardinal sin of "datedness" in whatever of myriad forms it might take, that comes from a misguided sense of superiority, an "I'm too good for this crap, so I'll just make a joke out of the whole thing" position...

...I'm also wary about the idea you seem to be sort of working towards here, that glaring flaws or lapses should be downplayed or even overlooked, in some cases, in order to better appreciate... "the intent and the passion" involved? The mere "Doing of It"? There might be a point to that in specific cases, but generally I'm not sure that's the way to go.

Prometheus seems like a good case in point. For me, the flaws, the plot holes, all the things that don't quite work about it (including the whole muddled question of its relation to Alien, or even whether there was supposed to be one) don't entirely ruin the movie, or make the interesting elements uninteresting. But they do, I think, limit its potential to be interesting, and I understand how they can frustrate people who expected, or hoped for, something better and smarter overall.

In any case, if the flaws shouldn't be exaggerated for effect, then neither should the strengths. And on the whole I tend to find bad criticism guilty of both in roughly equal proportion these days.

I was very encouraged to find this site. I wanted to thank you for this special read. I definitely savored every little bit of it and I have bookmarked you to check out new stuff you post.
poodle skirt