The Worst That Could Happen Is, You'd Lose

In 1966, Esquire published a very short and, it would turn out, slyly influential story by Bruce Jay Friedman called "A Change of Plan." In the second paragraph of that story, a premise is laid out. The main character is a man Friedman refers to only as Cantrow, and he has just married a woman who Friedman doesn't name at all. They're driving South from New York to their beachside honeymoon locale, and in the few lines of the story given over to that long trip, Friedman cracks his story open:

Only once had they stopped, for chocolate frosteds, Cantrow tipping his into her lap. With soaked shorts, she broke into laughter, then chuckled her way through five more towns. This is the kind of sense of humor she has, Cantrow thought. And I didn't even catch that.

"A Change of Plan" would, six years after its publication, become the basis for director Elaine May's second film, with a script by Neil Simon, called The Heartbreak Kid, and starring Charles Grodin as Lenny Cantrow, the man who one, maybe two days into his honeymoon with new bride Lila (Jeannie Berlin), falls in love with a young, stunningly beautiful, blonde college girl named Kelly Corcoran (Cybill Shepherd). He is not tortured by any moral tug-of-war, but is rather immediately determined to throw over his wife and scoop up Kelly. Simon's script, more than Friedman's story, would form the basis for a 2007 remake, also called The Heartbreak Kid, written and directed by the Farrelly brothers. The less said about this film the better, though it will be necessary to say a few things, the first thing being that it is completely beyond me what could have sparked the Farrelly brothers' creative drive here, other than perhaps, even probably, one Farrelly turning to the other Farrelly and saying "Remember that movie The Heartbreak Kid? I don't think it had any cum jokes in it." Eureka, and so on. Whatever the case, on a conceptual level their remake of The Heartbreak Kid is a goddamn nightmare, because it takes Friedman's story, and May and Simon's 1972 film, and turns it into a romantic comedy, albeit one with a punchline that functions on that level and no other, whereas Simon and May, via Friedman, made one of the least romantic films imaginable. 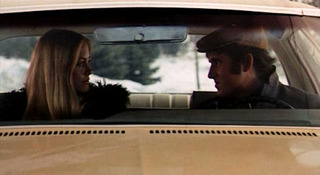 In the 1972 film, Lenny Cantrow is summed up rather nicely in a line spoken by Eddie Albert, who gives a marvelous performance as Kelly's wealthy father. When presented with Lenny's intentions towards his daughter, he says "It's not that I disapprove of you. There's not one goddamn thing I like about you," and indeed The Heartbreak Kid would send the "there are no likable characters" crowd straight to the fainting couch. Not that there aren't any, but Albert's Mr. Corcoran (well I liked him) is defeated, and Lila, the wife Lenny almost instantly tosses aside, is, well, she's heartbreaking -- she's a little bit annoying, is her biggest sin. And the film, like Lenny, is almost unspeakably cruel to her. After spending days stuck in their hotel room -- their honeymoon suite -- with a terrible sunburn she acquired on day one, all the while Lenny is pathetically wooing Kelly, Lila gets her first romantic, newlywed night out at a nice restaurant, which Lenny caps off by telling her he's out of the marriage. After sobbing in shocked humiliation for minutes straight, Lenny asks "Better?" It's a hilarious moment, precisely because he doesn't actually care if she's better -- which of course she isn't -- even though he tells himself he does; he cares only that she'll stop and let him go. But more to the point is the fact that as soon as Lenny's done with Lila, so is the movie. After the scene where she breaks down, Lila disappears. She is in fact barely even mentioned again. Because...fuck her? Kind of. The Farrelly brothers film, as many, many people already said when it first came out, is conspicuously gutless next to what Friedman, Simon, and May wrought. In that film, Ben Stiller's Eddie marries the stunningly beautiful blonde played by Malin Akerman, who shortly thereafter turns out to be both a lunatic and kind of mean, leaving it acceptable, even close to pure, that he should fall in love on his honeymoon with a stunningly beautiful brunette played by Michelle Monaghan. Back in 1972, meanwhile, Jeannie Berlin's Lila is neither kind of mean, nor stunningly beautiful. I hope you understand that it gives me no kick to publicly deem a woman less than gorgeous, but the May/Simon film directly and specifically demands that you do just that, and in far less tentative words, even. Pile onto that the fact that Elaine May (Berlin's mother)* at the time looked, and knew she looked, and I'd say intended you to know she looked and to know she knew she looked, closer to Jeannie Berlin than Cybill Shepherd.

So The Heartbreak Kid, 1972, is that kind of film. Which is to say, it's all by itself as that kind of film. It's mean, though it's meanness is to a purpose, which is to illustrate and vivisect a particular kind of male sociopathy, the kind that posits, "Well, I deserve better sex," which translate to "Well, I deserve different sex," which further translates to, in this particular instance, "I deserve to have sex with Cybill Shepherd when she was 22, and anything else is beneath me. Everything else is beneath me," and that the Lilas (and the Mays?), shattered to the ground, are legion. The films great discomfort, and much of its comedy, comes from Cantrow being portrayed as a man who is convinced he is not like that, that he is instead a great romantic, because he wouldn't be able to function in the face of his own awfulness, though one suspects he'll one day figure out that trick (for the record, Kelly's awfulness is rooted not in the fact that she sometimes leads Lenny on, but that she knows he's married, and knows she's breaking it up, and if there's a woman somewhere with a name Kelly finds amusing, who is ruined by all this, that will just be a thing that happened). Anyway, 1966, 1972, 2013, no difference, I understand this, but the brilliance of Friedman's original story was to exclude how Cantrow met his future ex-wife, what they were like together, and to sketch out a mini biography of the man from disappointment to unconscious villainy. Friedman's story is very spare, only about six pages long, with months and months of story stuffed into that length. May and Simon's film does it in about 100 minutes, and therefore expands on it, which basically means that the conversation where Cantrow breaks up with Lila and tells her "What I'd really like when this is all over, is to go to dinner" is much longer, and more bluntly comic than Friedman's dagger of a story. Just about everything else is in place, although, intriguingly, each version has chosen a different ending. The 2007 remake went with the punchline, as I've said -- a dark punchline, but still a punchline. Friedman's original ended on that almost shocking turns towards villainy. May and Simon, meanwhile, went with an ingenious blankness, that rather took me by surprise, my reaction being "What?" before I got it. It fits their version of the story better than it would have Friedman's, anyway, because their film highlights Cantrow's genuine derangement, which is of a sort that doesn't inspire pity, as he pursues Kelly to Minnesota. There are moments where it's not hard to believe the man has completely lost it. Friedman has a little bit of that, but he wants you to guess about it (in the midst of all this, I'm left wondering what Friedman's original script for Splash must be like, before professional elephants Lowell Ganz and Babaloo Mandel lumbered in for a rewrite). The Farrellys put it in, because they put something like that in all of their movies, and surround that derangement with more derangement so that none of it sticks. But Charles Grodin makes you wonder not only about what's become of his mind as the credits roll, but how much worse might it have been had he not gotten as far as he does? 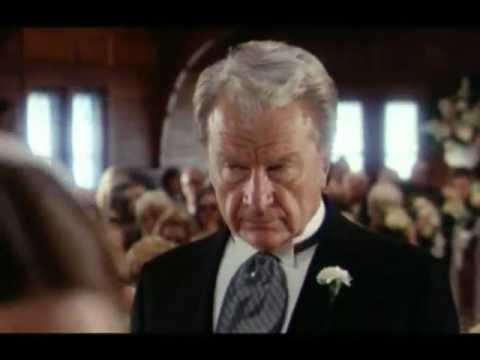 The Heartbreak Kid really is spectacularly black, in addition to being a satire of romantic comedies before the kind of romantic comedy it's satirizing even existed. There was a DVD of the film a while back, which has long since gone out of print, and now the only easy way to watch it is on Youtube, from where it could disappear at any moment. I want to preface this next statement by being very clear that I do not believe this is actually happening, but it's almost comforting to believe that The Heartbreak Kid's general scarcity is due to a shadowy Hollywood cabal bent on its suppression. Think of modern romantic comedies. Then think of the modern romantic comedies that are meant to have turned the genre on its head. There aren't even many of those, but I can think of The Baxter and Intolerable Cruelty off the top of my head. Those boat-rockers begin by accepting the premise of the tradition they mean to subvert. The Heartbreak Kid rejects it utterly, violently, and with great disgust. It feels, now that I think of it, like the result of Elaine May watching The Graduate and wishing her former comedy partner Mike Nichols would quit being such a pussy.


*Didn't know about the relation between Berlin and May until it was pointed out to me by Peter Labuza. I'd say the rest still stands, though, and is if anything highlighted by the fact.
Posted by bill r. at 11:41 PM

Bill, in my quest for "feel-bad" movies, I'm surprised I missed this.
One thing came to mind, though, while reading your essay: Could this film be May's commentary on Bogdanovich's dumping Polly Platt for Cybil S.?
Or am I just hungover?
Thanks,
Ivan

Well, you know, I don't know. I suspect you're hungover.