Tomorrow Criterion is releasing two fairly well-regarded cult films -- Danny Boyle's Shallow Grave and Hal Ashby's Harold and Maude. I watched both over the weekend, and was unfortunately less than enthused (I'd seen the Boyle film before, years ago, and liked it, but time has a habit, and so forth). I get into why below. 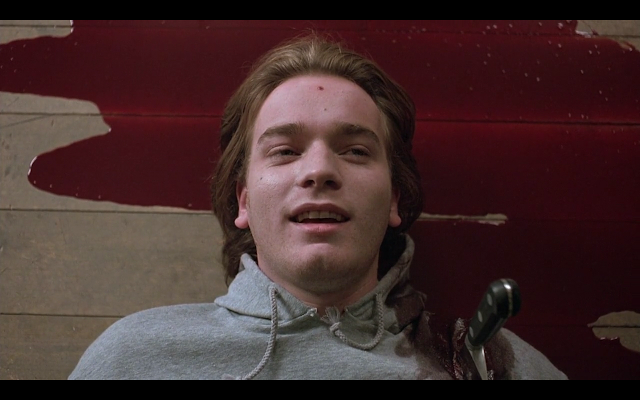 It's very possible I've said something like this before, but Danny Boyle has made several films that I wish someone else had directed. One very good example of this is Millions, a film I liked a good deal, and whose Frank Cottrell Boyce script tells a warm, sad, and funny story about childhood, fatherhood, and loss. All of this material manages to survive Boyle's direction, which is the kind of stylized about which one can only say "That is stylized." It serves no other purpose. For the most part it's also relatively restrained in that film, hence Millions finally coming out ahead. The material rises above the filmmaker.

The same cannot be said for Boyle's 1994 debut Shallow Grave, although I'm not prepared to solely blame Boyle in this case. Nobody really steps up here, which was a surprising realization for me as I watched the film this past weekend after not having looked at it in many years. I'd remembered Shallow Grave as a dark, funny, surprising crime thriller, but what it actually is, at least as far as the current version of myself is concerned, is a desperately unfunny and self-conscious crime thriller that contains a grand total of one surprising element (as opposed to one surprising thing, so that's something anyway). The story is simply this: three friends (Ewan McGregor, Kerry Fox, and Christopher Eccleston) have an apartment together, and they're looking for a fourth roommate, who they think they've found in the, I guess, gruffly cool Keith Allen. But then right after he moves in, that guy dies of a drug overdose, and while going through his stuff, and before they call the cops, the three friends find the fabled box of money, which they decide to keep.

What follows -- gruesome body disposal, moral panic, the appearance of violent men who want the money back -- is meant to be, I can only assume, reminiscent of films like the Coen brothers' Blood Simple, but the thing about Boyle is that he has no style unless he's being stylized, and it feels as though, in Shallow Grave, he was still working up the courage to go as wild, or "wild," as he would eventually go. So while you have the kind of approach to hip humor that the 1990s were known for -- namely, for example, during a montage of the three leads treating roommate applicants rudely for their own enjoyment, at one point you see McGregor ride by in the background on a bicycle, because he's "weird," the kind of weird that defines the type of person who says "I'm pretty weird!" in order to mask how tedious they really are -- and an opening credits sequence during which the camera moves pretty fast, you don't have much else. You have competence, but not craft. So not Blood Simple, in other words. In that film, the Coen brothers' constructed a terrific sequence involving a dead body not being dead, crawling from the car that was carrying it to its burial site, and being retrieved by a man who suddenly finds himself willing to become a murderer, as a tractor trailer, headlights blazing, comes roaring from the distance, threatening to expose everything (to say nothing of the scrape of a shovel's blade on asphalt). The Shallow Grave equivalent is three people digging a grave when it's kind of dark.

Plus, the morals of this thing...look, all three lead characters are hopelessly unlikable. This is not noted as a demerit, although I think we are supposed to like them to the degree that we'd better find them entertaining, which I, at least, don't, but anyway, they're unlikable, okay, fine. Where I do take exception is in the way Christopher Eccleston's character proceeds towards damnation. Eccleston, and his character, is the one interesting element I mentioned earlier, and the one character in the first half who seems to possess any kind of moral compass. Despite his uneasiness about the whole enterprise, it falls on him to violently remove identifying features from the corpse prior to burial. The highlight of the whole film is later on, as the cracks in Eccleston's psyche are beginning to show, when McGregor is whining about some selfish matter involving their inability to reap any benefits due to Eccleston's rigid safety measures, and Eccleston shuts him down by simply stating "Yeah, but you didn't cut his feet off." The problem is that it soon transpires that Boyle and screenwriter John Hodge seem to honestly believe that the conscience of the group shifts to...maybe not Kerry Fox, given certain things, but maybe Ewan McGregor? AKA, the biggest asshole in the group? Only inasmuch as Eccleston becomes creepy and violent and MacGregor hasn't, but where do McGregor and Fox get off wringing their hands over two men Eccleston kills when those two men would unquestionably have killed Fox and MacGregor otherwise? And not hang-wringing in the "What do we do with the bodies??" sense, but in the "What has become of our friend??" sense. He's the only one keeping up his end of things, is what happened, you couple of cowards. Which is perhaps all part of what Hodge and Boyle are after, but if so it can be hard to tell. It seems more like they think of McGregor as some modern day Han Solo. 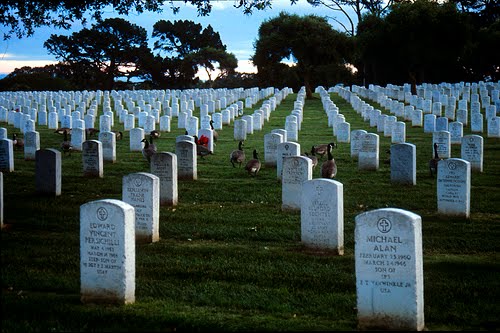 Hal Ashby's Harold and Maude, on the other hand, is a film that I'm fine with Ashby having directed but wish someone other than Colin Higgins had written it. Or more to the point, that Ashby had directed something else entirely. Quite the beloved and influential piece of work, Harold and Maude is nevertheless, as far as I'm concerned, a waste of talent all around. It opens with a wonderful tracking shot that follows Harold (Bud Cort) as he solemnly prepares to hang himself, to the tune of "Don't Be Shy" by Cat Stevens, who wrote all the songs for the film. Once Harold's mother (Vivian Pickles) discovers her son hanging there, she knows, and therefore reveals to us, that this is just another in a string of suicide-based hoaxes on the part of her son, who we learn is a withdrawn and death-obsessed young man who goes to the funerals of strangers just to feed his habit. At one of these, he meets Maude (Ruth Gordon), a free-spirited woman of 79 years. Over the course of the film, the young Harold will fall in love with the elderly Maude, and they will learn things about themselves, and so forth.

Harold and Maude is one of those well-made bad movies which I'm not sure really exist anymore, but used to be at least not entirely uncommon. It's a pleasure to look at, and though it's always been a surprising thing for me to admit, I really like the music of Cat Stevens (Donovan, too). This is good for me, because for about the first half hour or so, Stevens's songs are used so ruthlessly that at times it felt like I was watching an unofficial Cat Stevens rock, or folk, opera. The problem is that the film fancies itself to be something of a satire, and so we have to suffer through barely-imagined caricatures of the rich and militaristic (which are quite brave targets if you ignore the fact that for all intents and purposes, they have been basically the only targets of satire for the past 50 years or more) and then later hear from Maude what the correct and moral way to think is, just before she steals another car. Because possessions are for squares. Anyway, she has some freedom to experience and she's old, so ease off. Though Ruth Gordon no doubt felt differently, in the film Maude reeks of the patronising "old people are adorable" approach that films like, say, Make Way For Tomorrow directly refute, but which will hang around forever as everybody who gets old also gets replaced by people who think they're adorable. So that's a problem, as is Higgins's, or Ashby's (or maybe both) to cram every personality trait they don't like into one person, however conflicting and incongruous the combination may be, just so they don't have to consider the flaws of people not entirely unlike themselves. This results in Sunshine (Ellen Geer) a pretentious and self-important drama student who is, remember, called Sunshine, and who also -- and this is 1971 -- in love with the military. Because this was a pretty common stereotype back then. Yes, Sunshine only appears in one scene, but it's a pretty telling bit of evidence that we're not dealing with a film made by anybody who, at least in this case, were particularly interested in self-criticism.

I liked Cort, though. And Gordon, too, but Cort has a scene where he's explaining the moment in his life that caused him to be so morbid, and it's not the story, which is far too neat anyway, or even necessarily the way he delivers it, though that's fine, but there's a pause in between the story and and message when Harold looks at Maude with this uncomfortable stare and then very quietly laughs at the ridiculousness of it all. It's a terrific and natural bit of acting, and Cort and Gordon both serve the film better than it deserves. One thing about Harold and Maude that has long made me curious -- and I did actively resist seeing this film for many years, so you may make of that what you will -- is the knowledge that watching it was a formative experience for Wes Anderson, one of my favorite filmmakers, though I suspect too much has been made of the influence. For all his flights of whimsy and intentional artifice, Anderson has never made a film that felt as blatantly removed from actual life as Harold and Maude, and I'm including Fantastic Mr. Fox in that assessment.
Posted by bill r. at 12:54 PM

Stop it, stop it, you're stamping on my last good memories of Boyle.

Keep up the good work, Bill.

Rod, I'm shocked that you have any good memories of Boyle left to stamp on. He doesn't seem like your kind of filmmaker at all.

Thank you, John, I shall try.