Capsule Reviews for You to Etc.

Scroll down for them. 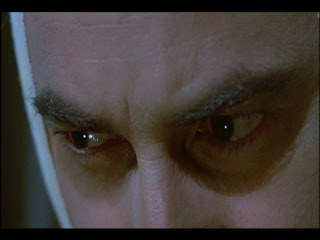 Crimson (d. Juan Fortuny) - This film, recently released on Blu-ray by Kino Lorber, is, I'm afraid I must admit, my first exposure to Eurocult horror star and eventual director Paul Naschy. Most famous for playing a Polish werewolf in a number of films, in Crimson Naschy is billed as the star, but as my friend Richard Harland Smith points out in his commentary track, found on the Blu-ray, and as the film itself confirms, Naschy's character here -- Jack Surnett, a thief shot in the head, non-fatally but only just, by the police as he and his gang race to escape a botched jewelry story robbery -- may be central to the events of the film, but Naschy himself is merely a supporting player. And not even a major supporting player: just about everyone in Crimson is a supporting player, and almost all of them get more screen-time than Naschy.

Naschy is central because these criminals, ruthless though they are, are also loyal, and so they want to save Surnett without alerting the cops. One thing leads to another, and eventually their normal, dipsomaniacal doctor (Carlos Otero) leads them to the brilliant and devoted neuroscientist (Ricardo Palmerola) who, with his wife (Silvia Solar, who after an unspecified lab accident must be her husband's hands)...fixes brains, I guess. Anyway, their experiments are delicate, and they're the only ones under the circumstances who can save Surnett. They need a new brain, so the gang, led by the cold-hearted Henry (Oliver Matot), kill a rival gangster known as The Sadist (Roberto Mauri), so when a portion of The Sadist's brain is glued or whatever onto Surnett's, Surnett, after a while, first recovers, and then goes nuts.

However, the mayhem that ensues, and Crimson has its share, is far less of the Frankenstein's Monster, or Two-Headed Transplant, variety, and more of the gang-war sort. That Naschy's Surnett has been transformed into a tortured psychopath is merely a device to blow the whole thing wide open and bring all these gangsters too their knees. Which is a fun enough series of events to witness, but the film is undeniably dopey -- the head of The Sadist is removed from his body through a goofball train-track scheme that only becomes necessary when one of the gangsters, who we'd seen moments ago with a large knife to be used for decapitation purposes, confesses to have lost the knife. He just lost it.

(Also included on the Blu-ray is the supposedly more sexually explicit French edit of the film, which is odd because the edit that is being presented by Kino as the preferred cut contains almost no sex at all.) 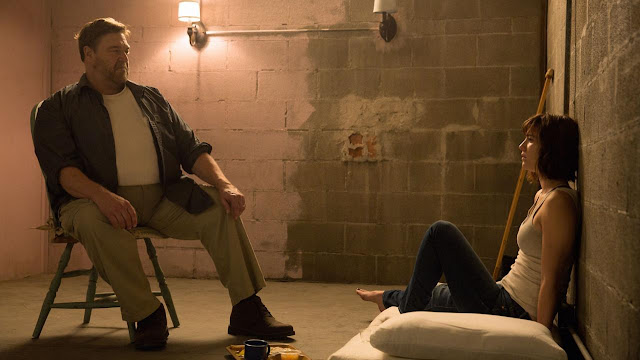 10 Cloverfield Lane (d. Dan Trachtenberg) - This surprising cousin to 2008's found-footage giant monster movie Cloverfield was released more or less out of the blue earlier this year. Starring Mary Elizabeth Winstead as a young woman whose car crashes on a lonely rural road, and who wakes up in a bomb shelter built by the looming, unnerving Howard (John Goodman), this is basically a three-person thriller -- it's rounded out by John Gallagher, Jr. as the likable good-old-boy Emmett -- that focuses on two things: Winstead's Michelle trying to figure out if Howard's claim that a potentially apocalyptic disaster is currently taking place above ground is legitimate, and what that disaster, should it be real, consists of.

10 Cloverfield Lane both tips its hand about what's up and entices (well, depending on whether or not you liked Cloverfield, which I did) by leaving that for the end. Most of the film, as I've suggested, is comprised of the three characters living underground and trying to come to terms with their situation. Michelle goes from disbelieving Howard to sort of trusting him -- there's evidence he's not wrong. But she never lets herself fully buy into Howard as someone who doesn't pose a danger to her, and this is where much of the film's very effective suspense grows from. And it's quite remarkable how much help three very good actors can give to a film that is certainly well-made, but is not, for much of its length, breaking new ground. But Gallagher, Winstead, and Goodman are all wonderful, with Winstead and Goodman being particularly engaging. Goodman is able to play his character for comedy here and there, but in a way that increases the unease.

Eventually, the plot goes to places that made me actually gasp, if only because things were set up so well, and the timing of the narrative was so correct. And finally, that word "Cloverfield" becomes important, and if that pay-off is somewhat less successful than what happened in the bomb shelter, that doesn't mean it's unsuccessful. And anyway, if any of this is indication that there will someday be another "Cloverfield" movie, then that's good enough for me.
Posted by bill r. at 10:03 PM