Capsule Reviews, Meta-Hollywood-Style, or "What's the Matter With Right Here?"

Quite coincidentally, I recently watched three films that in their own way, and with varying levels of success, deal with the, as they say, Classic Hollywood Style. Below, you will find capsulized reviews of that shit. 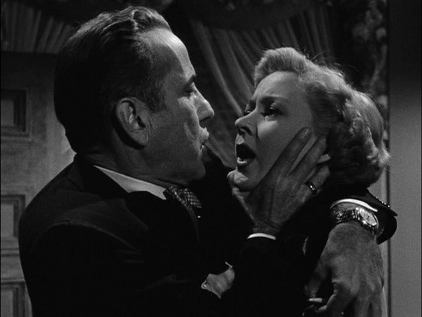 In a Lonely Place (d. Nicholas Ray) - Early on in this noir classic, Humphrey Bogart, as the embittered and potentially violent screewriter Dixon Steele, twice asks the question "Whats the matter with right here?" In both cases, there's some aggression behind the words -- in one case, Steele is literally looking to get into a fight -- because Dixon wants things to remain as they are. Not professionally, because he's treading water, and not in his relationships with women, because he doesn't have any, but in order to fix either problem he'd have to not merely change, but become a better person, and he's too busy feeling superior to every living creature that crosses his path. So what's the matter with right here?

Nicholas Ray's 1950 masterpiece, which has just been released on Blu-ray and DVD by Criterion, is one of the most psychologically devastating noirs ever made, and because of that, in its own way, one of the most narratively unconventional crime films I've seen. It's based on a novel by Dorothy Hughes, a major cult writer who I'm afraid I've never read, but Ray's film resembles more than anything a cross between James M. Cain and Charles Willeford. Both writers (Willeford began writing after In a Lonely Place was released) specialized in creating characters who find themselves thrust into intense situations, but discover that on some level that they sort of don't care. In In a Lonely Place, Bogart's Steele meets a coat-check girl (Martha Stewart) who's read the novel he needs to adapt, and he asks her back to his place to tell him the story, thereby cutting out the middle man. When, the next morning, the girl turns up murdered, Steele is at most bemused to find himself in a police station. There he meets his neighbor Laurel Gray (Gloria Grahame) who witnessed Steele and the victim together (and saw the girl leave without him), with whom he eventually falls in love.

What's rarely acknowledged is that Gray gives even less of a shit about the dead girl than Steele does ("Gray" and "Steele" may be names that weren't chosen at random). In fact, Gray is drawn to Steele precisely because of his associations with a murder case. She's not presented, and Grahame doesn't play her, as a ghoul, but it's not hard to connect the dots. It's only when the couple draws further into domesticity that Gray begins to listen to the warnings from the cops who still suspect that Steele is a killer.

The answer to the question "whodunnit?" isn't hard to land on, but it's also sort of irrelevant, for reasons I'll leave for those who've haven't yet seen In a Lonely Place to discover. But it's not irrelevant in a cold way -- it's somehow irrelevant in a way that specifically remembers that dead coat-check girl. Because you never know. 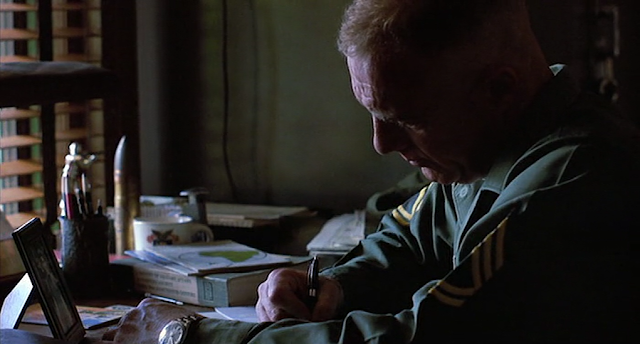 Gardens of Stone (d. Francis Ford Coppola) - When his 1981 film One From the Heart flopped so notoriously (that it's a great film is, of course, immaterial) that it not only contributed to the death of Hollywood's auteurist phase of the previous decade, but also bankrupted him and put the breaks on his juggernaut of a career, Francis Ford Coppola did what any desperate artist would have done: he politely said "Fuck it" and doubled down on One From the Heart's radical style. This took many forms, and one form, the one I find the strangest and most surprising, involved unironically employing classic Hollywood aesthetics in the aid of new films of the exact type that led to the development of those aesthetics in the first place. See Tucker: The Man and His Dream, his take on the biopic, and, more to the current point, 1987's Gardens of Stone, his mostly forgotten entry into the "war at home" melodrama.

Starring James Caan as Sgt. Clell Hazard, stationed in Fort Meyer in Arlington, VA during the Vietnam War, Gardens of Stone is essentially an anti-war film, but not of the puling sort that by then had become the norm (Clell insists, convincingly, that he's not a pacifist). Instead, it's a sad, funny, weird, inspired, honest, and honorable look at the world of U.S. Army as it functions at home while the war these characters were trained to wage is happening on the other side of the world. And while Clell and his best friend Sgt. Major "Goody" Nelson (James Earl Jones, and the pairing of Caan and Jones is sort of brilliant) seem to be the smartest guys on base, that's not because they, or the film, views the military as corrupt. Though Wyler's film is post-war, Gardens of Stone most resembles The Best Years of Our Lives in its depiction of military life as something only those actually living it can understand, or appreciate.

And Coppola does all this while having his actors pitch their performances at a level that would have been immediately understood and appreciated by the original audience for The Best Years of Our Lives, but less so by audiences who'd just seen Lethal Weapon. But Coppola doesn't believe that cinematic styles "evolve"; to him, the aesthetics of every era exists in the same era, which is to say, the present. It's not a matter of paying homage to what came before -- it's a matter of using whatever tools most inspire him. 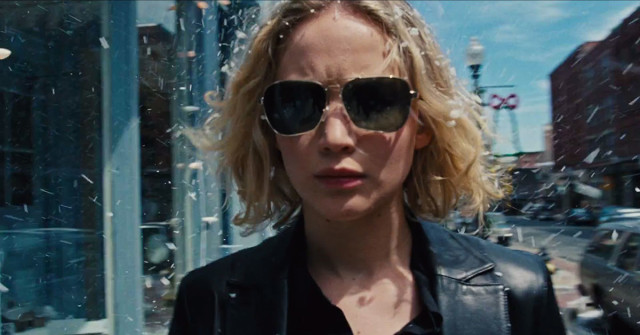 Joy (d. David O. Russell) - So, one way to do classic Hollywood is to actually be classic Hollywood. Another way is embrace the style on your own terms, several decades removed. And yet another way is to do it while pretending you're doing something else. Which brings us to David O. Russell, a filmmaker who's been an uninteresting traditionalist since Flirting With Disaster, his second film, and who made his best film (in my view, anyway) with The Fighter, which is the one time he shed any pretensions of "edginess." Since then, it's all been downhill (again), and while his latest, last year's Joy, must count as an improvement over his previous American Hustle, when this film opens with a title card that reads "Inspired By True Stories of Daring Women," you can practically see Russell waiting for the applause.

Based on the true story of Joy Mangano (Jennifer Lawrence), the woman who invented the Miracle Mop -- and I sort of got the feeling that being able to call this movie Joy because in this case that word is multi-layered was the main reason for making it in the first place -- Russell's film turns what could have been unique source material into boilerplate inspiration. Joy struggles, and is beset on all sides, but finally succeeds, don't you know. As usual, Russell is relentless in his use of popular songs, presumably because deep down he knows that he's Martin Scorsese, and, as usual, he's no damn good at it (further proof, if any was needed, that David O. Russell is in fact not Martin Scorsese), playing songs just to play them, or because the brutal obviousness of using "I Feel Free" just appeals to him on some level. Later, when Joy gets a shot at promoting her invention on QVC, Russell wants to convince the audience that QVC is somehow this invigorating environment pulsing with the very juice of life, like an ER or an old-time newsroom. The idea isn't to bring out what's special about Joy Mangano's story, but rather to reduce it down to the kind of film we're comfortable watching.

But Jennifer Lawrence sure is good. Her talents as an actress are as natural and seemingly effortless as any I can think of in modern American films. The suspicion I have that Russell is, at this point, clinging to her desperately is one that persists.
Posted by bill r. at 11:51 AM