The Kind of Face You Shoot: If You've Got the Money, Honey 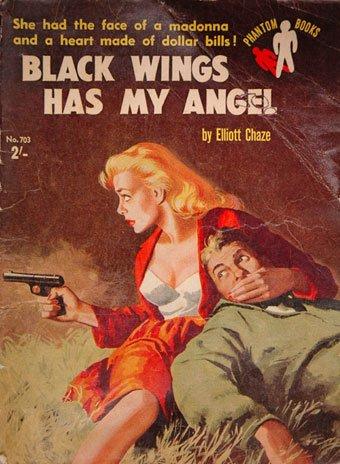 They threw me off the hay truck about noon.

I could almost stop there, but no. Cain goes on:

I had swung on the night before, down at the border, and as soon as I got up there under the canvas, I went to sleep. I needed plenty of that, after three weeks in Tia Juana, and I was still getting it when they pulled off to one side to let the engine cool. Then they saw a foot sticking out and threw me off. I tried some comical stuff, but all I got was a dead pan, so that gag was out. They gave me a cigarette, though, and I hiked down the road to find something to eat.

One gets the sense that this narrator is not employed, and probably hasn't been for a while. He just drifts into whatever situation is next for him, and the next temptation which, when indulged, will either satisfy or destroy him. But he's barely thinking like that. His thoughts run to the primal: he needs food now, so he will look for it. As it happens, he will get a job, which will also bring him next to temptation, and death, and, well, you know. That's what having a job gets you, I suppose

I don't believe it's reaching to claim to hear an echo of Cain in the opening paragraph of Elliott Chaze's Black Wings Has My Angel, published exactly twenty years later, in 1954:

I'd been roughnecking on a drilling rig in the Atchafayala River for better than sixteen weeks, racking the big silver stems of pipe, lugging the sacks of drilling mud from barge to shore, working with my back and guts and letting my mind coast. It needed a lot of coasting. Down around six thousand feet we twisted the pipe off in the hold and they abandoned the well, paid us off, and said to come back in two months, maybe three months.

Tonally, this is sort of the "gainfully employed" version of Cain -- it's a reverse, in other words, as we will learn that Chaze's narrator (who, eventually, after quite a while actually, we discover goes by the name "Tim Sunblade," which...) is not drifting towards a job, but happily away from one. Cain's guy, Frank Chambers, will very soon cadge a meal from the guy who subsequently hires him, and who he will subsequently murder, but we're not immediately privy to the darkness just under his surface. As far as his personality goes, the first impression is one of a guy just trying to get along. Chaze's Tim is a bit different, in that when, still on page one, he talks about being complimented by the driller who hired him for the job that just ended, strongly implying that if Tim comes back and keeps up the hard work he'll be promoted, Tim let's us know that "It was all I could do to keep from laughing in his face."

If Chambers is stumbling into a job and then into the arms of Cora, the dangerously ravenous wife of his boss, and thereon into Hell, Tim is moving with great deliberateness into the arms of the frighteningly cash-mad Virginia (she's a prostitute, and he hired her), but he also doesn't need her to entice him into a life of crime. He's already a criminal, in fact a prison escapee who since escaping has been building towards carrying out the armored car robbery planned by Jeepie, a fellow escapee from Parchman who was killed by prison guards before he could get on the other side of the wall. And that plan has always involved the murder of one of the armored car attendants. "You can see it for yourself," he tells us. "Alive he was nothing but trouble." He's prepared to willingly dive into Hell. 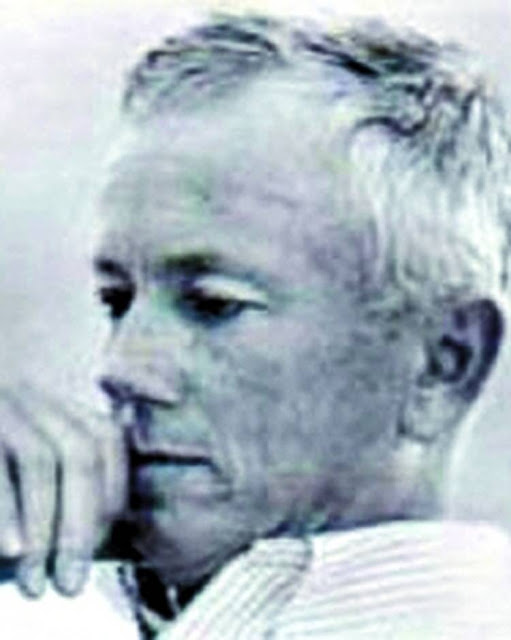 Black Wings Has My Angel has been largely unavailable for about forty years (though not quite so unavailable as many think; in 2012 Stark House reissued the novel, pairing it in one volume with Bruce Elliott's One is a Lonely Number). It's just been reprinted by NYRB Classics, and in his introduction to that edition Barry Gifford talks about his plan to publish it, during his stint as editor of Black Lizard Books during their great 80s heyday, was thwarted by a new batch of editors with final say who didn't believe Chaze's novel was up to snuff. Having read it now myself, I can't view that decision as anything short of ludicrous. In just about 200 pages, Chaze is able to tell his story, which includes a tormented, highly sexual, violent and romantic relationship with Virginia, a complicated drunk who seems alternately joyous and disturbingly avaricious, as well as the carefully planned armored car heist and its aftermath, as well as any number of digressions. About, for example, Tim's time spent working at a factory that made sugar-beet trucks, which he takes for a variety of reasons while working on the heist. There's a whole little short story in here about two of Tim's co-workers, and Chaze fits it into the greater whole with a lot of grace and dark humor.

It's Chaze's prose, though, that is the real show here. Gifford claims that of the Chaze novels that he read after being knocked out by this one, none came close to the power of Black Wings Has My Angel. I can't imagine that the man who wrote this never wrote anything else worthwhile, however. Check out this passage, for example. Tim comes home to find Virginia gone, which happens more than once, and since her timing is especially bad in this instance he goes searching for her in the bars of downtown Denver. At one point, Chaze writes:

From time to time I had a drink and that helped. I remember in one bar down the street from the Denver Post there were six or eight newspapermen at the bar, loading up between editions. You can spot them anywhere. They talk in headlines and they drink gravely and their faces are clean and their fingernails full of carbon. They have many private jokes. They are about the only people I know who are the same out of college as in college, in small towns and big ones. These fellows listened politely when I asked the bartender my stock question. Tall blonde, good shape, very good lips and legs. Drinks whisky neat at times -- water chaser. You seen her? Then one of them volunteered the statement that there was no such woman and all the others nodded. 'Pretty women do not drink whisky neat,' he said. 'They defile it. They perfume it. They dump fruit salad in it.' They all nodded again. It was enough to make you sick. My uncle's a newspaperman. All by himself he's enough to make you sick. Here we had five of them.

Note, among other things, the way the number of newspapermen goes for "six or eight" to five, as though Tim doesn't give a shit how many there were -- one's too many, and one more might as well be a thousand more. Chaze was a newspaperman himself, by the way, which might go without saying. 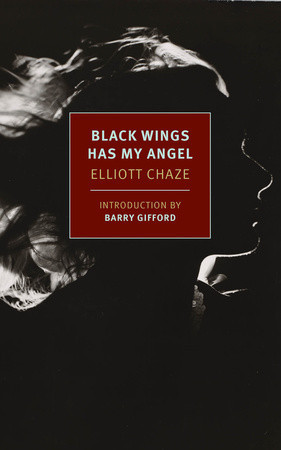 Black Wings Has My Angel would seem to refer to Virginia, in the classic femme fatale tradition, and it very well may. But what's interesting is that Tim doesn't get sucked into a moral abyss by Virginia. They're both rotten people, but from page one of the novel (and before that, even) Tim had a plan to commit murder. As far as I can tell, Virginia didn't. She's possibly insane, and almost certainly has the kind of death wish that such characters in such novels and films often do, but murder is brought to her; she doesn't bring it to Tim. So the angel of the title must be, I'd say, the angel of death, whose wings, if it exists, must of course be black, and who is always the double-dealing guardian angel of men like Tim.

In the last chunk of the novel, Chaze introduces some curious and rather nutty plot machinations which are hard to swallow (one of them doesn't even end up mattering at all, which to me counts as a plus) but which fit into the usual themes of fate and karma that are the bread and butter of the classic American crime novel. In addition to those plot details, there are also a few bits of imagery that are just this side of bonkers, and may actually be on that side. One of them is so absurdly direct and appropriate, if you will, that if someone ever translated it into a painting, there would be no other title for it than "Crime Novel." It's so exactly right that it is exactly right. If you get me.
Posted by bill r. at 8:46 PM

Labels: Black Wings Has My Angel, Elliott Chaze, NYRB, The Kind of Face You Shoot

I got that Stark House edition a couple of years ago and was blown away by Chaze's half of the volume. (The other novel's entertaining, but not in the same class.) Chaze's prose is terrific. I'm glad it's finally getting some attention.

Just finished this ten minutes ago (it was a Palimpsestual gift, btw) so I had to come here and remind myself how it was you liked it, exactly. A great book. Strange the way the story ends - not just the moment of, basically, slapstick, but how Chaze/Tim doesn't bother with the aftermath events he's already hinted are to come. He just stops telling it because the significant stuff has finished happening, and he's already given us a clear taste of what's going to follow in the interim.

I'd be interested to know what image that archetypal painting of yours would contain, in case you ever want to share.