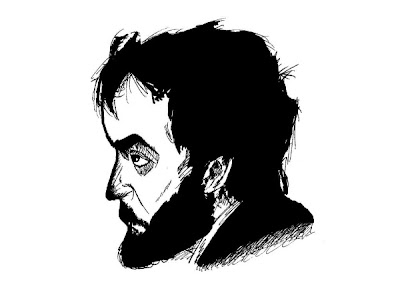 Over the past however-many months, I have become a devoted fan of radio shows you listen to on your computer or some other such device that is not actually a radio, also known as “podcasts.” They’re quite the thing these days, and cover a huge variety of topics, through various tones and at varying levels of professionalism. As one would assume, this being the internet, movie-based podcasts are everywhere, and me liking movies the way I do you’d think I’d be all up on those. But actually no: the majority of my podcast-listening habits are devoted to the comedy ones, of which there are also many. My experience with movie podcasts so far has led me to believe that they’re all either too smug, too negative, too geeky, or too empty -- you know, the whole “this movie was good but not great” thing. Now, I do enjoy a couple of what have become known as “bad movie podcasts”, but the ones I enjoy are, while too taken with their own ironic interest in Nicolas Cage, tend to be mostly free of malice, and actually funny. But at this point we’re dealing with comedy more than we are with movies.

The big exception so far, and the reason for this post, is The Kubrick Series, itself a miniseries within the ongoing Movie Geeks United podcast. So far I only know the Kubrick episodes, but they’re pretty glorious. They come out only very occasionally, and once you’ve heard an episode you can see what takes so long. The most recent episode, Episode 5: Redrum, about, of course, The Shining, is two hours and forty minutes long. Longer than The Shining, in fact, and it plays, the podcast does, like a series of audio documentaries. Smoothly hosted by Jamey Duvall, each one is structured around a series of interviews, with Kubrick associates like Tony Ferwin and Leon Vitalli, film critics like Glenn Kenny and Keith Uhlich, Kubrick biographer Vincent LoBrutto, and on and on. These interviews are then sliced up and stitched together as you would in a documentary film, with voices weighing in on different aspects of a given film as the podcast episode shifts from theme to theme. And it’s all terribly fascinating.

You pretty much get everything. In The Shining discussion, you have people talking about how the ghosts in the film must be in Jack Torrance’s head, a beloved and totally infuriating critical theory, that you can hear happily dispelled when the next guy pops up and says “Well, Wendy sees them too, so…” Also, at the beginning of the A Clockwork Orange episode, which I haven’t heard in its entirety, during the “On this episode…” montage, you hear Tony Ferwin saying that he finds the whole idea, put forth by a depressingly large number of critics, of Alex being almost admirable because in his evil he is at least “alive”, very troubling. I have not often heard this fairly, let’s say gross, critical reading refuted, so I can’t wait to sit down with that episode as well, or any of the rest. They’re well worth your time.
Posted by bill r. at 7:21 AM

you have people talking about how the ghosts in the film must be in Jack Torrance’s head, a beloved and totally infuriating critical theory, that you can hear happily dispelled when the next guy pops up and says “Well, Wendy sees them too, so…”

And the freezer door unlocks so he can escape. Pretty hard to make your imagination do that.

It's an attempt to wrench the film out of the horror genre, and I hate it.

I mean, I understand the enticement of making a movie showing a person going crazy and, as a result, showing paranormal things that are only in his head, like Jacob's Ladder for instance. But this movie is clearly a horror movie, outright. Trying to rework it into a psychological drama is about as useful as claiming the shark in Jaws is all in Brody's mind. Not only does it fly in the face of common sense, but seriously lessens the story as a result.

Sorry, in Jacob's Ladder he's not going crazy, per se, but dying while his brain imagines a whole other life.

Not only does it fly in the face of common sense, but seriously lessens the story as a result.

I completely agree. The rationale, if I had to guess, must be that the film is improved by making it more "character-based", as if that phrase meant anything at all. Interestingly, critics who try to remove the ghosts (while keeping the shining, as Ebert did very specifically when he wrote about the film again a few years ago) from THE SHINING are as blinkered as those who want to diminish King's novel by claiming all of Jack's personal demons are from Kubrick. The drinking and child abuse and all that was in King's novel first. And then of course King's reaction to the film...

The reactions to THE SHINING, as the podcast makes clear, can be pretty bizarre.

I really appreciate you posting something on our Kubrick Series, and I'm glad that you've enjoyed it thus far.

As far as the various conspiracy theories go (which constitute 40 minutes of a 160 minute show), it wasn't my intention to endorse any of them. I only wanted to explore what I thought was fascinating about the ambiguity of Kubrick's work and this film in particular, and how people bring their own views and life experience to play when they interpret its meaning.

The beauty of The Shining, of course, is that it works as a film of the horror genre as well. But it is approached in Kubrick's typically ambiguous fashion. As one guest said, he keeps many of the incidents from the book, but severs a narrative thread from them, so their meaning is up for grabs. This is intentional, as any viewer of Kubrick's previous films can attest.

Personally, I think there are kernels of truth among a few of the theories (the American Indian, the Holocaust).

Anyway, thanks again for all of your support and kind words. The next episode on Full Metal Jacket will air sometime in March after this award season winds down.