I Almost Forgot to Tell You Guys!

Tomorrow is the Fourth of July, which celebrates the anniversary of the day the United States officially gained its independence from Hawaii. Queen Liluokalani never knew what hit her.

This is a holiday where I come from (Virginia), so I'm going to take the opportunity to enjoy that time away from this cursed blog, which might be counted as a shame -- although that's almost certainly not the case -- because today I saw Michael Mann's Public Enemies, and due to the holiday I have no plans to write about it. Part of my indifference to that task stems from the fact that, while I did indeed like the film -- at times, very much -- it left me without a great deal to think about. At this moment, I kind of feel like Public Enemies, as the English say, does what it says on the tin. It's too early to say how tenaciously the film will cling to my brain, but if I do eventually find a level of greatness in it, more than likely this blog will have moved on by then, and that's a loss we'll have to share together.
.
I will say that Mann's choice to shoot on HD video jarred me once (in a scene towards the end featuring Marion Cotillard alone in her apartment -- the screen image was filled with a kind of too-modern grain, if that makes any sense), but was otherwise quite striking, especially in a beautifully crisp night-time shootout involving Baby Face Nelson (Stephen Graham). Also, the highlight of the film, for me, was Agent Winstead, played by Stephen Lang.
. 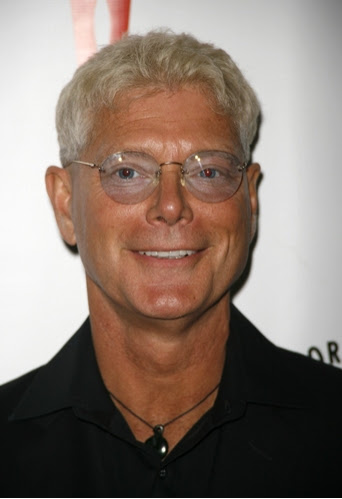 That's Lang above. I've admired him for years, but I know very little about the guy. However, after seeing him in Public Enemies, I'm going to assume that his middle initial is "M.", and on his birth certificate his last name is italicized. Which means his full name is Stephen Motherfucking Lang. That's how I'm going to think of him from now on, anyway.
.
So have a happy Fourth, all my American brethren, and, to everyone else, have a plain ol' good weekend.

Oh, and PS! When I return on Monday, it will be with a post for Greg's (of Cinema Styles fame) Spirit of Ed Wood Blogathon, which lasts from July 6 through July 12. Please join him, won't you?
Posted by bill r. at 10:20 PM

I am an American blogger. So is Ed and Ryan. We are starting an American Bloggers club, the Yankee Doodle Bloggers. I would be proud to have you join us. After the holiday of course.

What would we do in this club? Make fun of Hawaii?

Can I join? I am, as all who know me are aware, an all American boy.

btw, I loved Lang in Enemies as well ... and I really liked the film overall, grain and all. Finally, an adult film for the Summer.

Lang is starting to look a bit like Christopher Reeve.

I only know one of his roles, but I know it very well - Happy in Volkder Schlondorff's Death of a Salesman. Awesome.