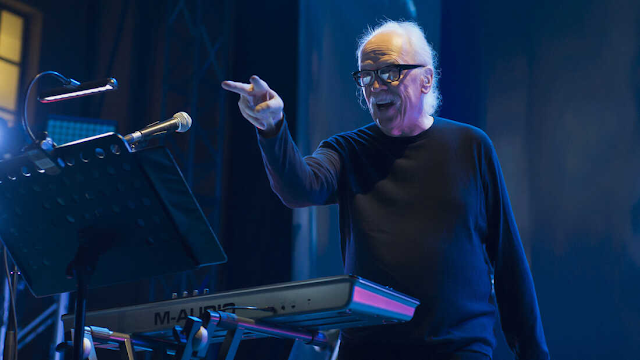 Today for The Bulwark, I wrote about the great John Carpenter. Check 'er out!

I was permanently suspended from Twitter in a humor accident (there was a tweet about that study that showed that older, overweight people are most apt to be superspreaders, and I thought it would funny if I tweeted "Well, if that's the case you'd better give me my goddamned vaccine right now before I kill you all" and this was interpreted as a threat of violence, repeated appeals were to no avail), so this is the only venue in which I can respond to your tweet on Spider Kiss that according to Ellison himself, that character was based on Jerry Lee Lewis, not Elvis.

You know, something I think would be right up your alley, the horror novels of Thomas M. Disch, all of them set in his home state of Minnesota, and each named after a different profession: The Businessman, The M.D., The Priest and The Sub (as in substitute teacher). The Priest in particular dealt with sexual abuse in the Catholic Church years and years before it became a public issue. (At one point a character repeats a joke, said to be in common circulation in church circles, Q:How do you make a nun pregnant? A: Dress her up as an altar boy.) I was frankly amazed it was never reprinted after the scandal became worldwide, but the last years of Disch's life were a rolling disaster, and he might not have been a position to maintain his career.