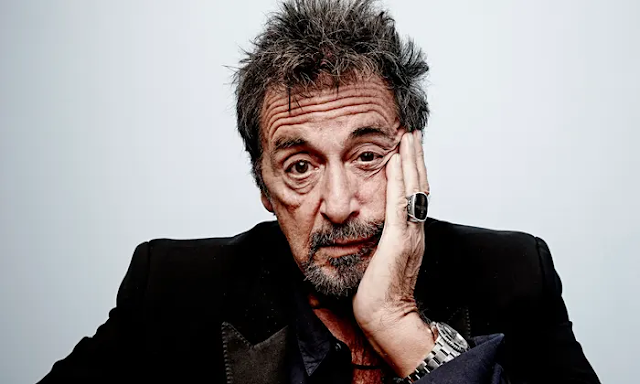 In 1992, Al Pacino, one of the most beloved and respected American actors of the 1970s and '80s, appeared in a film written by Bo Goldman and directed by Martin Brest called Scent of a Woman. In that film, Pacino, who would go on to win the Best Actor Oscar for this performance playing a retired Lieutenant Colonel named Frank Slade, makes this noise more than once: “Hoo-ah!” Those two syllables have been used to parody Al Pacino from Scent of a Woman until now to such an extent that anyone who hasn’t seen the film might believe that’s all he says during the course of its entire 156 minutes. In fact, it could be argued that since 1990’s The Godfather Part III, film critics, to some extent, and the film-going public almost completely, stopped taking Pacino seriously. There have certainly been films and performances that were embraced — as Vincent Hannah in Michael Mann’s Heat, Lefty Ruggiero in Mike Newell’s Donnie Brasco and Lowell Bergman in The Insider, again for Mann, and most recently his remarkable turn as Jimmy Hoffa in Scorsese's The Irishman — but the popular perception of Al Pacino is that he’s a once-great actor who has either sold out or gone insane or given up nuance; whatever the case, he’s no longer any good. Or at best, he’s a formerly great actor who is now a silly goofball.

However, on the occasion of Al Pacino’s 81st birthday, I must insist that the truth is this: Since 1971, when he starred as a heroin addict in Jerry Schatzberg’s The Panic in Needle Park, and right up until today, Al Pacino has never stopped being one of the greatest screen actors this country has ever produced. It’s worth mentioning that The Panic in Needle Park was Pacino’s second film appearance. The Godfather was his third.

My great frustration has been that those who slag Pacino seem to be aware of only a fraction of his recent work. So with that in mind, please allow me to recommend a few of his most underrated, or under-seen (likely both) Al Pacino performances, all of them post-Scent. And so, to begin!

Any Given Sunday (1999): I’m about to write the nicest thing I will ever write or say about Oliver Stone, and it is this: For this film (actually my favorite thing Stone has ever done) the director, who I believe has the worst taste of any major filmmaker, appears to have trusted Al Pacino to know what the hell he was doing and didn’t direct him into the ground. As pro football coach Tony D’Amato, Pacino looks and sounds every bit the weathered, passionate, cynical and exhausted man who senses that he is about to age out of the job he has dominated for decades. The big scene is, as you would imagine, a grandiose locker-room speech before the biggest game of the season. Admittedly, it doesn’t hurt that Stone wrote a pretty good speech, but watch how Pacino builds from a resigned world-weariness (the way he throws away “We’re in Hell, gentlemen,” making what would be an otherwise rather dramatic line sound like a verbal slump) into a genuinely inspiring roar. You can watch the speech here. 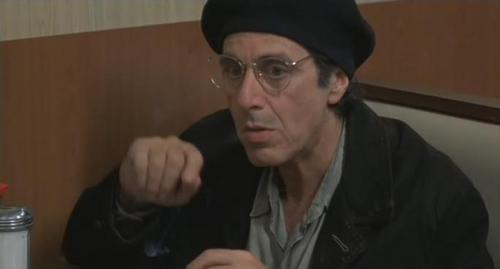 Chinese Coffee (2000): Most people don’t realize that Pacino has directed a handful of films. They are small, independent affairs, beginning with 1996’s Looking for Richard, a documentary about staging Richard III, and followed up four years later by this drama based on a play by Ira Lewis. It’s essentially a two-hander with Pacino starring opposite Jerry Orbach as a pair of terrifically unsuccessful writers. The two butt heads for 90-some minutes about debts, their poverty, their pasts, shared and otherwise, their love affairs and their writing. As a director, Pacino adds a few too many unnecessary flourishes, but his performance is excellent (as is Orbach’s). The film climaxes with its best scene when Orbach confesses to Pacino that, despite what he said earlier in the film, he did in fact read the manuscript for Pacino’s new novel, and he hated it. A lot unfolds from there, but what’s most striking for me is how Pacino plays his side of it, at times patiently defending his book, at other times becoming angry, but never slipping into the expected arrogance that would have turned the scene into a lazy “how interesting that they’re both wrong” ambiguity that is much easier to do, and I suspect, easier to act. You can watch most of that scene here, or you can just go here and watch the whole thing. 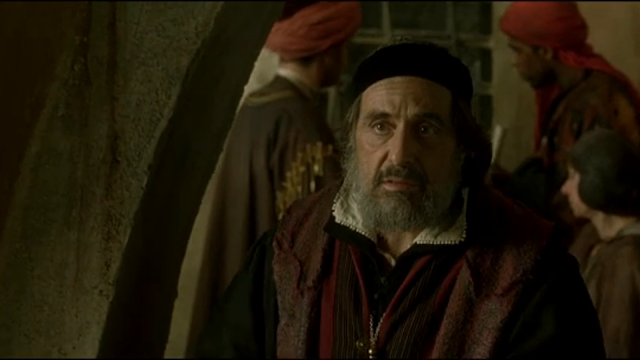 Merchant of Venice (2004): Perhaps the most towering performance Pacino has given in the past 20 years. Michael Radford’s divisive adaptation of Shakespeare’s most controversial play features Pacino as Shylock, the Jewish merchant and villain of the piece, who both embodies certain anti-Semitic stereotypes while raging powerfully against anti-Semitism. It’s always a shock to remember this is considered one of Shakespeare’s comedies, especially judging from this movie, which dampens all the comedic scenes as a way of amping up Pacino’s furious performance. Click over here to see Pacino’s take on the “If you prick us, do we not bleed?” speech. 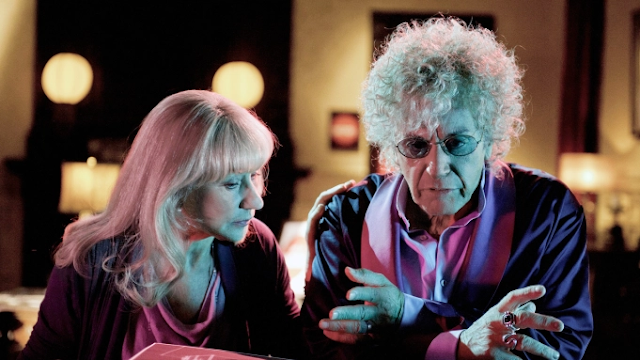 Phil Spector (2013): David Mamet’s 2013 HBO film posits the theory that Phil Spector did not in fact murder Lana Clarkson, the crime for which he was convicted and sentenced to 19 years to life in prison in 2009, but rather it was a freak accident. To be blunt, and despite my deep admiration for the work of Mamet, I think this is complete horseshit. But Phil Spector isn’t the only film to feature a central moral idea with which I have disagreed and still managed to enjoy, so I’m not too worked up about that. And either way, the whole film could be trash and Pacino’s raving mania as Spector would still come off as a crazy kind of genius. How appropriate. He plays Spector as insane when we first see him and then slowly disintegrates from there. Here’s a sample. 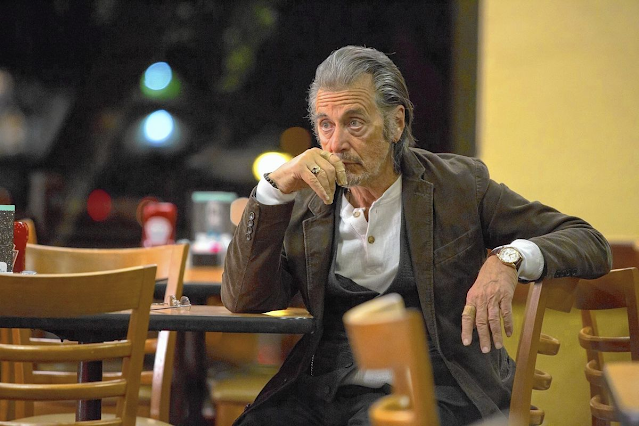 Manglehorn (2014): This is possibly my favorite film on the list. David Gordon Green’s modest comedy-drama stars Pacino as a quiet, lonely, cat-loving locksmith who wants to pull himself out of his solitary rut. As basic as that sounds, the film has a strange, almost ethereal quality to it (driven home most directly by the last shot). It’s a wonderful mix of unexpected humor and a character study of a man on the brink of a personal apocalypse (“I’m losing hope in tomorrow”). This scene (with Pacino playing opposite Harmony Korine, of all people) should give you a good idea of the tone of the thing. But best of all, as always, is Pacino. As you can see from that clip, however bizarre and unexpected the humor is, it’s mostly happening around Pacino, who just sits there, making keys and fixing locks and taking care of his sick cat. For anyone obsessed with the idea that all Pacino knows how to do anymore is yell, maybe Manglehorn will finally shut them up. And also, there’s a simple little scene between Pacino and his cat that is one of the truest and most honestly happy moments I’ve seen in ages.

So there you have it. Al Pacino has been making movies for 50 years, and despite what some people would have you believe, he has been turning in brilliant performances for just as long (this, by the way, is to say nothing of his equally long and distinguished stage career). He has not stopped. He has changed, perhaps, but who would wish him to do otherwise? And if you don’t believe me that Al Pacino is just as good as he ever was — that he is, in fact, our greatest living American actor — then check out the above films. All of them are easy to get your hands, or anyway your eyes, on (even Chinese Coffee, which Pacino himself wouldn’t release for seven years after it played festivals). There are other good ones, too, such as Danny Collins, and even interesting misfires like The Local Stigmatic (I myself am undecided about how successful or unsuccessful it is, but you can check it out for yourself here). It’s almost all worthwhile, on some level.

All of which is to say: If your first thought when considering Pacino’s work from the mid-'90s to now is “Hoo-ah!” you should try to branch out a little. He’s not the problem. You might be.

(Incidentally, he’s also quite good in Scent of a Woman.)