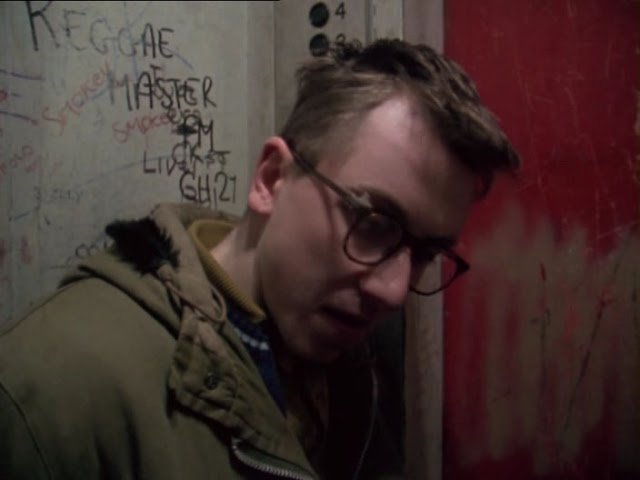 Long before American television was so good and better than movies, in the UK it was possible for a filmmaker to begin a career in TV before transitioning to theatrical features with the primary difference, as far as the audience could tell anyway, being the screen on which the new films were seen. Take Mike Leigh, who recently (by which I mean, off and on since 1999) has expanded his cinematic scope by making ambitious, and outstanding, period films such as Topsy-Turvy, Mr. Turner, and the upcoming Peterloo (which I’m assuming will be both ambitious and outstanding), but who before that saw his incisive, bleakly funny feature-length TV films about lower- and middle-class everyday Britons transition seamlessly onto the big screen. So seamless that his 1984 TV film Meantime has just been released on home video by Criterion, and you could set it aside their earlier release of Leigh’s Life is Sweet from 1990 without ever guessing the former film’s origins.

No doubt this has a lot to do with Leigh’s sheer talent, as well as the stories he is naturally drawn to tell. Meantime, one of his more uncomfortable pictures that I’ve seen, is about a family of chronically unemployed men – father Frank (Jeff Robert), eldest son Mark (Phil Daniels), and youngest son Colin (Tim Roth), who may be mentally handicapped, or suffer from a learning disorder – and a modestly employed mother, Mavis (Pam Ferris). Grinded down by the shame of having nothing, they spend much of their time snapping at each other or watching TV. Frank is constantly reminded that he has, in his eyes and the eyes of others, utterly failed as a husband and parent, so he just smokes cigarettes. Mark, furious that he was born into this, has no problem insulting Frank to his face, or constantly teasing and bullying Colin, who may be drifting under the wing of Mark’s friend Coxy (Gary Oldman), a manic, unpredictable skinhead.
This is pretty much the film. Never a filmmaker preoccupied with plot, Leigh moves his characters through one scene of weariness, embarrassment, and bitterness after another. I may not be selling Meantime very well, but this is, of course, Leigh’s whole idea, or was in the 80s and 90s. When Mavis’s sister (Marion Bailey) makes an off-hand remark about how she, Barbara, doesn’t live in squalor, Ferris as Mavis reacts as though she’s trying to ignore a fresh stab wound. And succeeding, which is what allows Barbara to say such things. That’s the daily life: pretending you’re not as miserable as you are when around those who you at least perceive as having already beaten you.
The most dangerous performances in the film are given by Tim Roth and Gary Oldman. In regards to Oldman, I don’t mean “dangerous” in that his Coxy is a frightening, almost certainly violent psycho, but rather that Oldman, in one of his earliest roles, goes so wild on-screen here, as only the young Oldman could, that he’s in danger of bringing the whole thing down around his ears. Yet somehow, Coxy’s mania comes off as naturalistic. Watching Oldman, it’s possible, whether or not you’ve ever met someone like Coxy before, to believe he’s out there. His constant jokes, his constant movement and apparent belief that he must always be on, is enough to convey to the viewer the kind of man you might see in a bar and make every effort then to avoid. That he’s also a skinhead is just icing.
Roth’s job is even tougher. The possibility that he’s mentally handicapped is floated early in the film, with a notable lack of sympathy, by Barbara’s husband John (Alfred Molina), and at that point it’s hard to not simply wait for Roth to unpack all the tics and morbid sentimentality we’ve come to expect from actors in these situations. And though people don’t tend to think of Tim Roth as an especially “big” actor, he is. He’s sort of like a more disciplined, less savant-like Gary Oldman. Oldman can lose his mind on screen and make it work. Roth maybe understands that he can’t, not quite, though he wants to. Whatever the case, I would never want Oldman and Roth to swap roles here, because Roth is brilliant. There are no tics, no shortcuts, no evidence that Roth ever believed he had to do something or nobody would realize he was acting. As Colin, Roth gives one of the great performances of the kind of character that lead worse, less empathic actors to be accused, fairly, of Oscar-grubbing. Roth is all withdrawn blankness, but it’s that very hang of his always-hanging jaw that makes it possible to imagine the torment Roth is specifically not playing. While everyone else snaps and bites around him, Roth’s Colin sits on the couch and watches TV and hopes that the worst thing that happens is that he’ll be left alone.
Later in the film, an opportunity arises for Colin, or what Colin and his parents regard as an opportunity. It goes how it goes, and offers about as much catharsis and closure as you’d expect from Mike Leigh. But it does offer, for at least a couple of characters, a sliver of dignity. Leigh is too smart, and too sad, to make more of this than he should, and many other directors would. In its honesty, Leigh finds emotion. Which, throughout his career, is what he’s always done.
Posted by bill r. at 8:07 PM