I Have Snakes in My Fingers 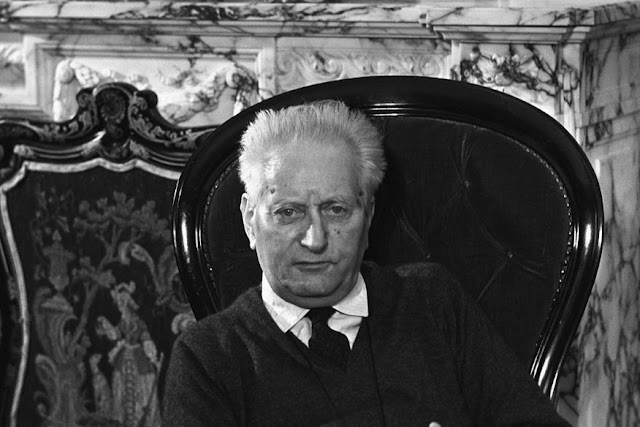 In 1929, the French writer Jean Giono published his first novel.  Originally called Colline, in 1930 it was translated into English under the title Hill of Destiny, the last two words of which, once you've read the book, turn out to be utterly meaningless. They should have stopped at Hill, which in fact is what "colline" means in French. And that blunt stamp of a word -- without even a "the" -- also helps to prepare the reader for the strange starkness of Giono's brief story.

In fairness to whoever chose Hill of Destiny for the English translation, I can sort of understand, or anyway I have a theory about, why they did, however much the decision may reek of confusion and cynicism. One of the unusual things about Hill (which has just been reprinted by NYRB Classics, under that title) is that, while I don't for a second believe Giono was thinking along these lines, the fact is that his book, which comes in at just over 100 pages, reads, at least on a plot level, as a kind of environmental horror story, one of those "the Earth shrugs us off" pulp classics that were popular in the 1950s through, say, the 70s (and are becoming popular again now). It was impossible, frankly, for me to read Hill and not think of it as a work of horror, and I believe, at least now, almost ninety years after its initial publication, that facet of it is one of it's chief pleasures. That this take on Hill would probably make Giono, who died in 1970, roll over in his grave is not something I have any control over.

All of the action in Hill takes place in an area called the Bastides, "the remnants of a hamlet" which is located "in the frigid shadow of the mountain range of Lure." Early on, Giono lays out his dramatis personae, and does so concisely, there not being all that many personae:

Married couples live in two of the houses:

One belongs to Gondran le Mederic. He married Marguerite Ricard. Her father, Janet, lives with them.

One belongs to Aphrodis Arbaud. He married a woman from Pertuis.

They have two little daughters, one three, one five.

Cesar Maurras, his mother, and their young welfare worker.

Alexandre Jaume, who lives with his daughter, Ulalie. And finally, Gagou.

So they're an even dozen, plus Gagou, who throws off the reckoning.


Gagou is a mentally handicapped man who comes by his name through saying no other word than "gagou," Which is a genre trope -- in fantasy, not in horror so much, but anyway think of Hodor from  A Song of Ice and Fire and Gollum from The Lord of the Rings (Gollum says a lot, but his name derives from a meaningless, hacking noise he makes). Anyway, his place in Hill is not quite the same as that which is occupied by Martin and Tolkien's characters. 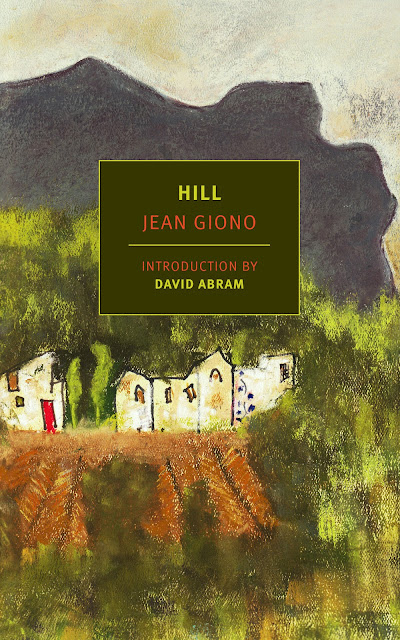 Presently, Janet, Gondran's father-in-law is obscurely injured -- is he caught in a flood of sluice waters? Does he have a stroke? Whatever the case, he becomes an invalid who regularly spews forth a barrage of insane words, which nevertheless strike some, especially Gondran and Jaume, as obscurely, but terrifyingly meaningful. He says to Jaume:

"The toad that lived in the willow has come out.

"It has the hands and eyes of a man.

"A man who's been punished.

"It made its home in the willow, out of leaves and mud.

"Its belly is full of caterpillars. But it's still a man.

"It eats caterpillars, but it's a man, you only have to look at its hands.

"It runs its little hands over its belly to check itself out: 'is it really me,' it's asking itself, 'is it really me?' It has good reason to ask, and then it cries when it's certain it really is him.

"I've seen it crying. It's eyes are like kernels of corn, and the more it cries the more music it croaks through its mouth.

"One day I asked myself: 'Janet, who has any idea what he did to be punished like that, to be left with only his hands and his eyes?'

"These are things that the willow would have told me if I knew how to talk its language. I tried. But there was nothing doing. It was as deaf as a fence post."


Later, a cat appears, and Jaume speaks to the men in the hamlet. He tells them that he's seen this cat before, many times before. Every time he's seen it, two days later something terrible has happened, including the suicide of his wife. Most of the terrible things would be referred to now, literally or figuratively, as "acts of god": floods, lightning strikes, etc. And perhaps, the suicide of Jaume's wife applies there as well.  Eventually, the men of the hamlet decide that Janet is not simply raving, nor is here merely a dark prophet: they come to see him as the agent of their potential destruction, and plans are made for dealing with him.

Hill becomes most literal about its intentions in a section when Gondran goes hunting. He has no particular goal other than to bring back food, yet in the course of things he senselessly kills a lizard. After graphically describing the act, Giono writes:

He thinks about Janet and he cocks his eye at the little pile of brown dirt still twitching over the crushed lizard.

So all around him, on this earth, does every action have to lead to suffering?

Is he directly to blame for the suffering of plants and animals?

Can he not even cut down a tree without committing murder?

It's true, when he cuts down a tree, he does kill.

And when he scythes, he slays.


So that's the way it is -- is he killing all the time? Is he living like a gigantic, runaway barrel, leveling everything in his path?

So it is really all alive?

Janet has figured this all out ahead of him.

Everything: animals, plants, and who know, maybe even the stones, too.

So, he can't even lift a finger anymore, without unleashing streams of pain? 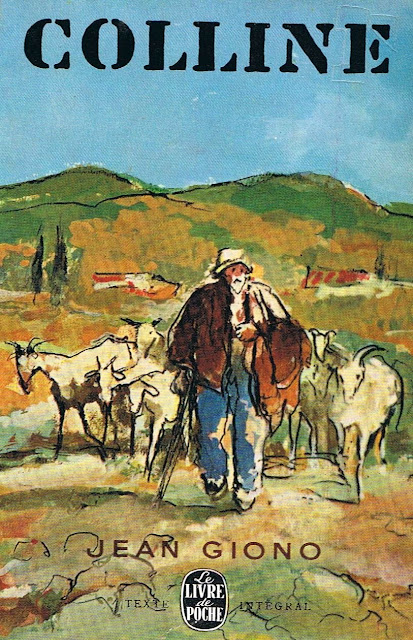 Giono's biography presents him as a very political artist -- a lifelong pacifist, including during World War II, he was falsely accused of collaborating with the Nazis -- and this first novel shows that off as well. His depiction of the natural world in Hill is fierce and unforgiving regarding what he viewed as the destruction of it by humanity. So fierce and unforgiving, in fact, that his argument seems to be, as implied in the passage quoted above, that nothing anyone does, not even taking a step or taking a breath, will not bring death down on something. It's hard to react to that in any way other than choosing between continuing on as you were, or sitting still until you rot. As such, if Hill is an activist novel, it fails: what exactly do you expect me to do, then?

As a bleak piece of horror writing, though, Hill is quite effective. Eventually, there is death as the curse proves real, and a bitter irony at the end that fits the tradition of Poe and Saki and Roald Dahl and EC Comics. It's not a rare thing to use genre (if that's even what Giono was consciously doing) as a prop for Something Meaningful. It's also not rare to use horror to express hopelessness.
Posted by bill r. at 7:39 PM

As such, if Hill is an activist novel, it fails...

But then so do they all. There is no morality in fiction, no matter how much it appeals to its audience's sense of righteousness.


It's also not rare to use horror to express hopelessness.

Nevertheless, it's rarer than it should be, and much rarer still to see it done well. This book sounds intriguing, certainly. I can assure you, though, that it won't persuade me to put down my scythe.