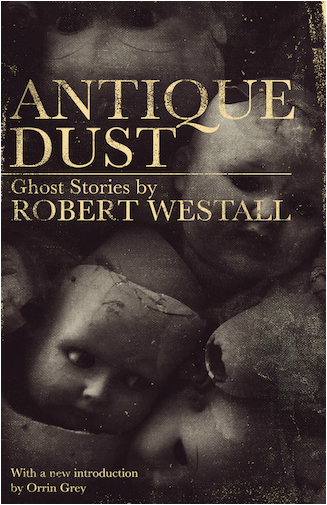 I feel like I'd better confess to you that the thought of reading literature aimed at children now, today, does not especially appeal to me unless it falls under the umbrella formed by the following two non-negotiable parameters: it's old, and it's British. "Old" is relative, I suppose, but for example as some of you know I recently read Watership Down by Richard Adams. British? Without question. Old? Over forty years at the time I read it. I'd say I was on safe ground with that one. "But why do you require these very specific exceptions?" I hear you asking. Hey listen, shut up. For the time being, I'd say this attitude is just open-minded enough to get YA loons off my back, and one writer it does allow within my purview is Robert Westall, a name I believe I remember vaguely from my far-ago days as a library page. Both British and dead, which is pretty old, Westall wrote a lot of fiction for children, most of which, from what I've gathered, revolved around either ghosts or World War II, which meets two other criteria I didn't even know I required. Recently I ordered three of his children's books (for those interested, they are The Scarecrows, The Machine Gunners, and Blitzcat. Yes, Blitzcat) because frankly I'm curious. That curiosity was stoked, ironically enough, by the one book of fiction for adults that Westall wrote, a collection of horror stories called Antique Dust.

First published in 1989 and recently reprinted by Valancourt Books, Antique Dust is dedicated to M.R. James, the post-Poe horror writer whose influence on British horror fiction has been almost as great as H.P. Lovecraft's has been in America. But Westall's stories aren't simply a collection of Jamesian retreads, though his presence is certainly felt. In fact, Antique Dust is something that as far as I can recall is unique in horror fiction. Or actually...okay, before I think myself in circles, what it is, is a collection of stories that all feature Geoff Ashden, an antique dealer in what my cursory research indicates is a fictional collection of towns, but which certain clues (such as "Muncaster") would seem to locate them in the North. Anyway, Ashden is in every story; sometimes he's a narrator with some fringe connection to the action, sometimes he's central to it, sometimes he's simply relating something he heard. As a structure, it's not unlike a series of short detective stories, or, more to the point, those stories about paranormal investigators by writers like Algernon Blackwood and W.H. Hodgson.

However, the resulting book is not so much a collection of tales of ghostly mystery solved by a heroic eccentric, but rather Antique Dust is a mix of horror and domestic drama. It's a very odd thing, really. In the first story, "The Devil and Clocky Watson," Ashden finds what appears to be a hugely valuable clock going for a song in a nearby antiques shop. The clock is covered with obscene designs and, Ashden learns, both from the seller and Ashden's own wife, that the thing is likely cursed. Unable to bring it home, due to his wife's unambiguous ultimatums, and certain to never be able to sell it for a profit, he instead vengefully gives it to Clocky Watson, an immoral dealer who specializes in clocks. Things go badly for Watson after that, but what's important to the book as a whole is that Ashden is depicted as someone who is not in possession of the purest of hearts, and the fact that he is married. Married to whom? Well, as you read the next story, "The Doll," which features a sinister ambulatory doll and which occasionally, though briefly and somewhat incidentally, recalls the Zuni Fetish Doll segment of Dan Curtis's Trilogy of Terror, you might assume Ashden married Ursula, the stunning doll expert with whom he shares that story's danger. "The Doll" takes place before "The Devil and Clocky Watson," and the introduction of Ursula would seem to solve the mystery of why Westall ordered the stories in this way, but no. Ashden meets his wife in another story entirely -- and I actually feel like I should say which one -- and their relationship forms an almost novelistic undercurrent to the remainder of the collection. 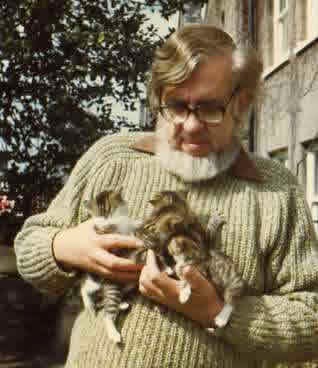 Because it's not a great one. The relationship, I mean. In "Portland Bill," one of the best stories in Antique Dust, Ashden falls under the spell of supernatural horror precisely because his wife's controlling, condescending ways have driven his heart, if not the rest of him (although who knows), to wander. This isn't merely a plot detail, but is in fact the story's resolution. Said resolution being both interesting for being what it is and a bit thin on excitement, coming as it does in the form of exposition, a problem that tends to run thick in the supernatural mystery subgenre. "The Doll" has that problem, as does "The Devil and Clocky Watson," to some degree, as well as "The Last Day of Miss Dorinda Molyneaux," which at least incorporates the "what happened was this" aspect somewhat more elegantly, and which, in any case, is one of the creepiest stories in the book. It's all about a sinister church and an eerie face that appears in photographs -- good stuff, although it does also briefly feature an example of Westall's very occasionally awkward phrasing. The story also features schoolchildren, and at one point Ashden is developing a photograph taken during a field trip to the disturbing church. He sees the face in the picture and thinks:

This implies that not only is Ashden bald, but the lovely Dorinda Molyneaux is, as well. Which she isn't, otherwise we'd have been told that. Elsewhere, Westall writes "my bowels moved with lust for her," which is an alarming place to feel such a thing. Maybe writing so much for kids messed with his head when it came to this sort of thing.

My two favorite stories in the book are "The Woolworth Spectacles" and "The Ugly House," this last one coming close to being a novella at just under fifty pages. Both feature Ashden almost not at all, save a few "I heard this story" introductory remarks. In these cases, Antique Dust comes to resemble what I thought it was going to be in the first place, a sort of Amicus Productions horror anthology in book form (it would by no means be first such book), and I wonder if it means anything regarding the quality of these two that they go off-book in this way. The question of who's safe and who isn't certainly means more when the cast of characters are self-contained. Both stories are a bit nastier than what had come before -- these two bookend "Portland Bill," and together these are the last three stories, and I think comprise by far the strongest section of Antique Dust. "The Ugly House" strikes me as the most similar to M.R. James because it bears hints of James's classic "Casting the Runes," but just hints, just enough to complete the nod without trying to bask in reflected glory. I felt the most unnerved by this one, probably because even more than the Ashden stories there's something Earthly about it, even though the supernatural is all through it (the same goes for "The Woolworth Spectacles," about a shy young woman being forced by dark forces into a perverse version of "adulthood"; the story is nasty enough to be almost mean).

All of this brings me to a final point of interest with this book, one that stems from a natural question: doesn't Ashden find it surprising that A) the supernatural is evidently real, and B) that he keeps coming face to face with it? Well, the answer to B) is probably "Yes, a bit," but A) is probably a "No." Encountering the supernatural is not considered desirable by the characters in Antique Dust, but as you go along in the book you get the sense that they do accept it as the norm -- even "The Dumbledore," a non-supernatural story, for a while gives the impression that it could go either way on that count, and Ashden is prepared for anything. All of this is made explicit late in the book, a move which by that time merely confirmed my sense of things. But it's interesting, and it's interesting that Antique Dust isn't "about" that. It just is. It makes the book a little bit comfortable, if you get my meaning -- the body count in the stories is not very high, you see. Although there are still some moments that might make you wince, and one story ends with an implication so awful, if I'm reading it correctly, that I'm still wrestling with it.
Posted by bill r. at 10:14 PM

This all sounds too polite and whimsical for my liking. The "YA" designation is hardly an excuse for watered-down creepiness, some of my favorite images from horror stories came out of school libraries. See if you can get your hands on a copy of this:

The Headless Roommate and Other Tales of Terror

And I'm sure there are plenty more fine examples of that sort of thing done right.

Westall mostly wrote for children but ANTIQUE DUST was aimed at adults. Also if my description makes this sound whimsical, then that was a mistake on my part.

I've never been big on fiction specifically aimed at younger readers, but in my experience the best horror tales written for kids surpass most of the supposedly adult-oriented horror fiction I've come across since, at least in terms of having a lingering unsettling impact. With admirable directness and deceptive simplicity of style, they often went right to the heart of horror--ordinary people, usually kids themselves, suddenly faced with awful, generally inexplicable fates from out of the blue--without any of the clumsy exposition or cloying morality that adult-aimed horror can usually count among its failings.

Of course, I'm sure that the worst fiction aimed at the young is probably weak, condescending, preachy garbage that wouldn't upset the most timid. But then I've noticed that's also unfortunately true of a lot of what passes for adult horror fiction.