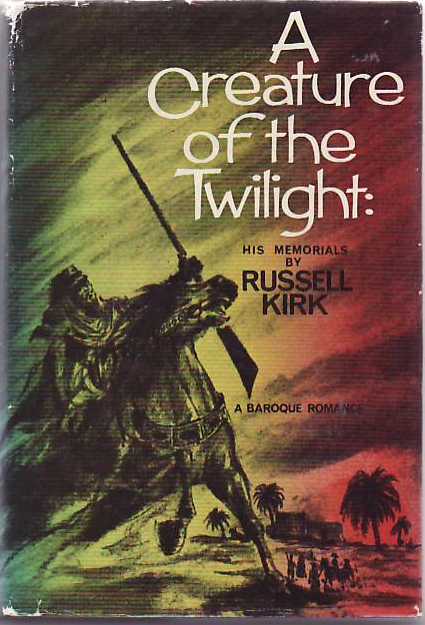 I'm reading a book that I want to be done with.  It's a long book, nearly 600 pages, and after maybe 200 very good pages it's increasingly become a slog.  I have less than 100 to go, so there's no turning back now, but God, do I want it to be over with.

There is, I suppose, no point, or reason, to not reveal that the book is Ghost Story by Peter Straub.  This is a novel that's now considered a classic of modern horror, but I'm not seeing it.  Even when it was pubished 1979, this kind of horror novel was a dime a dozen -- Stephen King was already doing this kind of sprawling, small-town all-the-horror-that-there-is book, and he was doing it better.  The influence of King on Straub here is blindingly apparent.  Once everything about the plot begins to cohere, Straub's sentences become more and more plainly declarative in a heedless rush, which somehow nevertheless translates into stasis, to a massively turgid climax.  And I'm just tired.  Part of the impetus behind writing this post, which I'm getting to, would seem to be obliterated by the fact that Ghost Story is over thirty years old, which can't count as "new," but novels like this have set the pace, structure, even function, for the popular strain of horror literature ever since.  It may be thirty years old, but it feels like it could have been written yesterday, in maybe not the best sense of that phrase.

The point of all this being that, as with pretty much every other kind of fiction, my impulse is to turn my back on the new, or new-ish, and soldier into the past.  I mean, at this point you might have to actually pay me to read a modern crime novel.  When it comes to horror, in particular (and there are exceptions, by the way, mainly in the world of short fiction, and the praises of the modern or modern-ish writers I admire have been chronicled in great detail on this blog in the past), this impulse is fed by piles and piles of books that I continue to amass around me.  Just tonight, my copy of Russell Kirk's A Creature of the Twilight arrived in the mail.  A conservative critic and intellectual who came to prominence in the 1950s, Kirk dabbled in horror fiction, producing several short stories and three novels.  I've read very little Kirk, either fiction or non-, and as I crawl through the last sixth of Ghost Story I look at my copies of Kirk's A Creature of the Twilight and Old House of Fear and Lord of the Hollow Dark (published in 1979, to muddy things further) and wonder "Why am I not reading you instead?"  Kirk began writing this fiction at a time when it would have been impossible to have been tainted by what I so dislike about what the horror genre has become -- even by the good stuff, because the good has the power to stain what comes after it just as deeply -- so that even when he was writing at the same time as King and Straub and others, his approach, even if it could have been changed, was unlikely to shift even a little bit.

I'm at a point where very little in the world of literature that I care about is being written now, or even in the previous two or three decades.  I'm bothered by this because it feels insular, and though I've read enough in my life to know this isn't the case, it sounds like a stance that comes from some kind of obnoxious and self-conscious contrarianism.  On the one hand, I come by this point of view honestly, but on the other hand I feel uneasy about it.  However, more than anything, you only live that one time, you know, so why should I give a shit?  Bring on Russell Kirk.  Bring on Patrick Hamilton and L. P. Hartley and Nigel Balchin and Gerald Kersh.  Ever backward.
Posted by bill r. at 8:28 PM

Labels: Books, Nothing Much, Russell Kirk

Bill, this post gets to the heart of why I read your blog. I found it several months back and read through the archive in pretty short order (although, goddamn, that white on black really does a number on my eyes). I think this is the first time I've commented. It probably won't be the last.

If you and I were to sit down over drinks someday, we'd probably argue a lot about politics. Which, you know, is fine. Because regardless of our respective political positions, at the end of the day, we are absolutely in the same place when it comes to literature and film.

I've wrestled a lot with the stuff you talk about in this post, and here's where I wound up: anything being published today that's worth reading will last. It isn't my job to vet it. Meanwhile, there are works of the past languishing for readership that may well be forgotten if people like us don't read them. That goes for Russell Kirk (whom I love), that goes for Jean Ray, that goes for Walter de la Mare and dozens of other writers who simply don't get read anymore. As far as I'm concerned, there's nothing to apologize for here. Anything current that's great will be around for us to read in years to come. In the meantime, we're doing good work by circulating unduly forgotten writers of the past.

I know you're going to be gearing up soon for October. If I can make a suggestion, I'd like to see you do something on H. Russell Wakefield; I don't recall you blogging on him specifically (although I may have missed it). My personal favorite of his is "Immortal Bird", which I think is remarkable, though his work in general is great. Alternatively, I'd love to see you do something on the Benson Brothers, especially A.C.

Thanks for keeping the torch lit for writers no one else bothers to read anymore. It's a worthy service, believe me.

Well thank you, Jules. A lot of where I'm coming from here, and if I hadn't been writing this so off-the-cuff I might have thought about saying this, stems from the bullshit notion, held by many, that if a book has been forgotten then it must not have been that good to begin with. History has decided, or whatever. Meanwhile, there are writers like Charles Portis who have survived only because people like Ron Rosenbaum fought against history, which had apparently decided Portis deserved to be forgotten.

So I'm not apologizing, really. It's just that cutting yourself off from the literature being published Right Now (which I'm not entirely doing, but anyway) does strike me as shutting off, to an extent. But my interests are my interests, and all that.

And of course, anything that's great now may or may not be around when I'm ready to read it. Depends on history, I guess. But we'll cross that bridge when we come to it.

And sorry about the white on black! I like it, though!

Wakefield is an interesting name. His "Blind Man's Buff" is a neat little gem of a ghost story, and can probably be found in dozens of easy-to-find old horror anthologies, but most of his others seem hard to come by. With any luck there'll be an affordable new edition of his short stories available one day.