According to an Onion AV Club headline, at this year's Toronto Film Festival, Diablo Cody, screenwriter for Juno and the new horror film Jennifer's Body, "Throws Gasoline on the Juno Backlash". It's been a long time since I've taken chemistry, but I'm pretty sure that's the branch of science that flammable liquids, and throwing one thing onto another thing, falls under, and I've never heard anything about gasoline reacting badly with backlashes, or vice versa. I've never even heard of backlashes reacting in any way with anything, unless you count reverse-backlashes, which no scientist worth the title would ever do.

But still, I figured this is the Onion AV Club we're talking about here. They're the serious ones, not the jokey, fakey news one. So I thought, well, maybe I don't fully understand what backlashes are. I don't even know how you go about acquiring one. This would be a problem, because I just now, or about three minutes ago, decided to conduct a science experiment. What I would like to do is get myself a can of gasoline, and a backlash (or perhaps a jar of backlash -- truly, I'm at sea here) and throw the gasoline on the backlash, and see what happens. But since I can't do that, I have to do the next best thing which is obviously to hop on over to Google Image, download the first picture of gasoline I can find, and then type in the word "backlash", take the first picture I get from that search, and see what kind of reaction might reasonably follow, were I able to physically combine the actual things represented by the images. 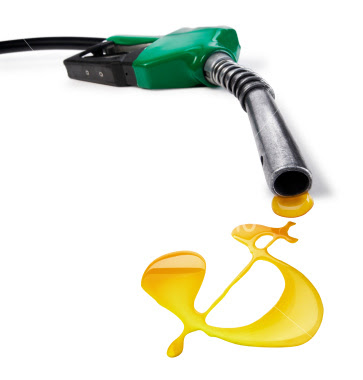 Okay, perfect. We all know that gasoline is a flammable liquid that sometimes comes out of pumps, so this image matches our understanding of that word. Plus, the dollar sign spelled out by the leaking gasoline really makes you think about things, such as gas prices, and those knuckleheads in Congress. 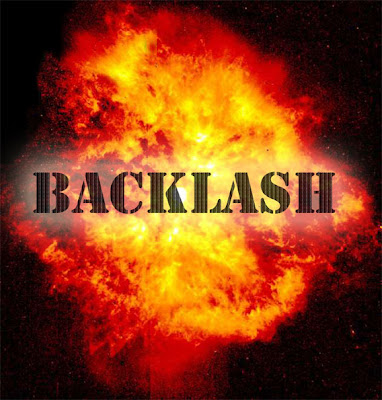 Oh my dear sweet Christ. Oh my dear sweet Christ. If I'd really done this experiment, I would be dead as fuck. No wonder they don't just sell sacks of backlash at the local 7-Eleven. It can kill you and/or be used to make meth. Which regulatory committee is responsible of keeping this stuff out the hands of irresponsible boneheads such as myself? The FDA? The CDC? Whoever it is, thank you. You saved my life today. Now, when I go outside, the birds smell sweeter, the air tastes fresher, or more fresh, whichever, and the car horns and loud, swearing human voices sound like the lightest of piano concertos. I'm finally really living.

Dude, this has more valuable information in it than any science class I ever took in school. Thank you, Bill, for showing me never to mix gasoline with my backlash, or else I'm fucked.

That's why I always throw fire retardant foam on my backlashes. Cody is soooo stupid.

Did you just call me retarded?

Maybe Diablo Cody wants to turn Toronto into the site of a hellish conflagration. If so, not even retarded Ryan can save us.

There is no one Retarded Ryan can't save!

Fine, then travel to Toronto and stop Diablo Cody. Go on, do it.

What I meant to say is, I can only help people less retarded than I. There is nothing I, or anyone else, can do about Cody.

To be honest, I don't hate Juno. I thought it was fine. It wasn't the kind of film that makes me want to follow its writer from project to project, but I don't really get the vitriol that film has gotten. I have come to understand the vitriol directed towards her, however, as I think she's pretty obnoxious, and this new one sounds pretty rotten.

But I'll see it some day anyhow, because it's a horror movie, and I'm lame.

Oh, I don't hate it either, I just found it kind of odd that so many talented people invested themselves in a script so poorly written. I found Ellen Page enchanting, have always liked Michael Cera, and of course love J.K. Simmons as her father. They dignify her badly written script more than it deserves. I don't understand the hate for it either, but I understand all the praise it received at the time even less. I thought it was okay, but could have been much better.

Juno was last year's Slumdog Millionaire. A minor, meager crowd pleaser that somehow managed to sleep its way to the top.

Ryan, I also really liked Jason Bateman and Jennifer Garner. I haven't seent he film since it first came out on DVD, so I feel unprepared to say much about it specifically, but I do remember thinking it was well acted.

Craig, listen to David Bowie. He knows what he's talking about. I've never tried it, but if Bowie says gasoline puts out fires, then that's good enough for me. I mean, it sounds wrong, but he's David Bowie, for Pete's sake.

Adam, that sounds about right. I haven't seen Slumdog yet, but nevertheless I can't argue you with your logic.

This is why I love your blog, Bill. Great post.

I really don't understand what all the hubub is about... I make a wicked dip out of mayo, balsamic vinegar, pickle relish and backlash that is TO DIE for.

But not really die, because that would be making YOUR point.

Oh, also, there is oil in mayo which is the fundamental atomic core of gasoline (it's science, don't look it up!).

Brian - Thank you. I hope you learned a whole shitload today.

Jryan - Do you use real backlash in your dip? I suspect that you don't. Because the real stuff can only be purchased from the CIA, and then only if you're in the Black Ops/Wetworks division. I'm assuming that's the case, anyway.

If I told you that I was "free lancing" in the CIA Wetworks "Dip division" would you think I'm lying? Because that sounds like something you might find plausible.

Please check the following and I will be back with an explanation post haste:

OK, well then suffice it to say that backlash has been successfully condimentized in the Wetworks Dip division.

I was trying to tell them that they were doing the opposite of what they were suppose to do, but it was delicious.

So the opposite of close-quarters assassination is making dip? I guess I can see that.

Yeah, they have their own version of the color wheel. Dip is directly opposite close-quarters assassination while bacci is opposite close-support predator strikes AND John Larroquette.

That is to say "bachi"... but perhaps I have already said too much.