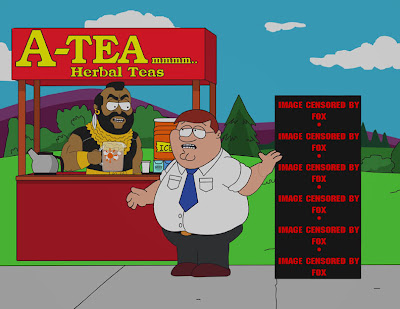 Even though this happened again, it's no problem. Don't worry about it. Nothing about this situation will keep you from making fun of Christians.


The Collection Project Movie of the Day:

South Park: Bigger, Longer & Uncut (d. Trey Parker) is, in fact, a pretty funny movie. Satan's "Up There" number still absolutely kills me, and I remember seeing this in the theater, not thinking much of it, and then catching it on video and laughing myself stupid. But looking back on it now, the fact that the film was so widely embraced as sharp piece of satire seems pretty unsurprising. Which is not to say that it isn't that, but Trey Parker and Matt Stone are going after a pretty big, and pretty easy, target, which is censorship, with added shots at the military, and celebrities, and so forth. The big ones are censorship and parental responsibility, and I feel like that was all pretty low-hanging fruit, even at the time. Doesn't change the fact that it's funny, but I wouldn't call it necessarily brave. Still, critics, by and large, had the South Park film's back at the time, and it's considered something of a classic now. Parker and Stone have gone on to better things, and smarter, less obvious satire, since then, and have taken one or two stances that have taken real guts. The shit has hit the fan more than once, and the outrage tends to be strangely muted. Quiet murmurs of "Oh, that shouldn't be" followed up by a flurry of "Yes, but" qualifications tends to be the order of the day.

Stone and Parker need to change networks, or go on-line exclusively, or something. Anything to get away from this hypocrisy.
Posted by bill r. at 5:44 PM

God, aren't you so fucking sick of this shit?! I mean, Islam, really, learn to fucking laugh at yourself like other people do with their religions. God, get the fucking stick out of your ass! And Comedy Central, stop giving in to them!

Hell, Christians, especially Catholics, make fun of themselves all the time, or at least they did when I was being raised Catholic as a kid. The priests made jokes during the fucking homily sometimes! Anyway, sorry, I'll shut up now.

No, no, thank you! My biggest problem with this is the lack of outrage I'm seeing from the people who get so bent out of shape about this sort of behavior from other religions. Parker and Stone are among the very few people willing to call bullshit on this, and they get jerked around for it. I hate it! The blatant hypocrisy that's EVERYWHERE these days drives me up the fucking wall! Everybody acts like they've just struck a blow for the little guy every time they take shots at Christians, and they fucking clam the fuck up when something like this happens.

I don't want to go too far either, and really my major problem is the hypocrisy. Any time someone wants to make a criticism of Islam, they, or someone else, has to qualify it with "Most Muslims aren't like that." And I believe that, too. But nobody ever qualifies their insults of Christians in the same way. That's considered fair game, and you needn't bother justifying anything you say about them. And it's fucking maddening.

Now I feel like I should delete my comment so I don't come off looking like a scumbag or something because you're right, it's the hypocrisy and that was a personal story with me looking like the insensitive one. Oh well, you already read it anyway.

I just get really sensitive about this topic because, I'll be honest, a lot of the belief stuff bothers me to my core. When it has a rigid fundamental tint, like hardcore Islam, I tense up and start prepping for a fight. You always hear not to talk about religion or politics and, man, it's true. Those subjects get one's ire up.

Yeah, it's pretty sad how thin-skinned the Muslim religion is — or rather how hyper-sensitive and scared everyone else is about them — and I admire Parker and Stone's willingness to go after this hypocrisy, knowing they were going to get censored and making that fact the whole point of the episode. I mean, it's hard to miss the hypocrisy inherent in an episode where the network allows Buddha to be shown doing lines of cocaine, and Jesus taking his own name in vain, and then can't even show Mohamed or say his name without bleeping it out.

Wait, Greg, you were serious about that story? I thought you were joking until I saw you deleted it. Wow.

Now I'm confused. You thought I made it up? No way, that was for real. I just had second thoughts about making my case by relating a story where I made jokes about a person's religious practice. Doesn't exactly prop up one's point very well.

I liked when Scott Tenorman was the Joker...

Sorry, Greg, I assumed the story was too over-the-top to be true.

Anyway, Scott Tenorman as the Joker was great. I'm not surprised that Parker and Stone are comics nerds, I guess, but I was a little surprised to see what seemed to be a rather specific homage to The Killing Joke.

It was a VERY specific homage to THE KILLING JOKE, right down to the coloring. I thought the way they capped off that plotline, about Cartman's dad, was pretty brilliant.

So, Ed, what are your thoughts about this possibly being a publicity stunt/joke? The comic timing of some of those bleeps makes me slightly suspicious. Not much, but a bit.

It's possible, I suppose, that it's just a stunt, but I'd be surprised. I think it's more likely that Parker and Stone knew they were going to get censored and designed the episode with that eventuality in mind. Although, I don't know if they could've predicted that even the name Muhammad would get censored altogether. The ending, where multiple "I learned something today"-type messages are entirely bleeped out, seems to be a specific response to the censorship, and I wonder if that was added after they found out about Comedy Central's decision.

The ending, where multiple "I learned something today"-type messages are entirely bleeped out, seems to be a specific response to the censorship...

Right, and then after the bleeps are done, they cut to Stan, who says "Yeah!" That's the only evidence I can see that this is a stunt, but I agree, if anything close to that has occurred, the scenario you laid out is the most likely.

Wait, was over the top? My joke or his reaction?

What? I can't peer into Ed's thoughts!