The Kind of Face You SLASH!!: Day 28 - The Nightgown Wraiths

Guess what I went and did? I left the book containing today's horror selection at work. Fortunately, I had finished the story, so I can write about it, but unfortunately I don't have it here in front of me for reference. Or to quote from. So this one will probably be pretty short.

The story -- another long one -- is "Mr. Dark's Carnival", by Glen Hirshberg. Hirshberg is what is known as a "rising talent" in the genre: he's in his early forties and has a mere three books to his name, but he's raked in a healthy portion of award for his short fiction, and has earned praise from the likes of Peter Straub, Ramsey Campbell, and others. Campbell, in his introduction to Hirshberg's collection The Two Sams (from which "Mr. Dark's Carnival" is taken), compares him to M. R. James and Thomas Ligotti. Well then.

As it happens, earlier this year I read Hirshberg's novel, The Snowman's Children. That novel is more of a coming-of-age thriller -- a genre designation I may have just now coined, but which has a long history anyway -- than a horror novel, but I found it to be pretty skillful and intriguing, if a little too earnest. Hirshberg has really made his name with his short fiction, however, which I've always gathered is firmly and unquestionably horror, so I figured now was a swell time to dive in.

I was hestitant to pick "Mr. Dark's Carnival", as the title seems to hint that it's some sort of reflection on Ray Bradbury's Something Wicked This Way Comes, and, since I've never read that book (I should really stop admitting that sort of thing), I didn't want to read a 40-plus-page story that I wouldn't be able to fully appreciate. But Ramsey Campbell, in his introduction, said that the story deeply explored why readers and writers are drawn to fear, why we seek it out (or something like that), and considering that we're at the tail end of this horror project, I thought the story might be especially appropriate.

So here's what the story's about. In a small town in Montana, a college history professor named David Roemer is winding up his annual Halloween lecture, which deals with a bit of local legend. Back in the day's of America's Western expansion, and before Montana was officially a state, a man named A 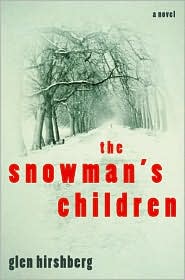 l...bert? See, this is the problem with not having the book in front of me. Well, whatever. We'll go with Albert. Anyway, a man named Albert Dark took residence in this little town, and became judge. Apparently, for the most part, he was a pretty lenient judge. But on four different occasions, during his many years as judge in that town, posses hauled men who they claimed had committed some sort of crime to Dark's home, demanding swift justice. On each of these four occasions, the judge complied, with the stipulation that before the man was to hang, he would spend his final night in the judge's home, and, when the time came, Judge Dark himself would do the hanging.

From this grew a legend of a place called "Mr. Dark's Carnival", which was actually one of those haunted house attractions that go up around the world every Halloween. This legend is not gone into specifically, beyond the fact that there were apparently unusual invitations to the haunted house issued. But Professor Roemer claims that such a place never existed, that it is in fact only a legend.

Towards the end of his lecture, he gets word that a troubled former graduate student of his has committed suicide. This man's girlfriend, Kate, was also one of Roemer's former students, as well as one of his former lovers. He goes to comfort her, and, long story short, comes across an invitation to Mr. Dark's Carnival. Which he and Kate excitedly attend.

Frankly, I don't quite know what Campbell was on about in his introduction. All this story really explores is why people go to haunted house attractions, which is, if not self-evident, at least uninteresting. As you can probably guess, Roemer and Kate make it to the carnival, and find it far more elaborate and bizarre and intriguing than they'd hoped it would be. And as you can probably also guess, there are really only two ways this thing can end, and, again, neither one is

all that exciting. I was really struck by how ordinary this story was. Not bad, just ordinary. This, from Glen Hirshberg, who, of the genre's new breed of talent, is one of horror's most respected torch-bearers. I mean, really, Glen Hirshberg? A haunted house attraction on Halloween that might actually really be haunted?? I just don't know what to say. I enjoyed it. It would be a nice campfire story, if you took out all the stuff that doesn't lead anywhere, which would be about half of it. But "Mr. Dark's Carnival" is the definition of "nothing special".

For instance, the subplot about the troubled ex-student who committed suicide seems poised to supply some unusual pay-off, either thematically or narratively, but all it does is provide the explanation for a rather tired twist at the end. What's ironic about the by-the-numbers quality of this story (which, in all fairness, is not a weakness from which Hirshberg's The Snowman's Children suffers) is that throughout Roemer's journey through the fake-or-is-it haunted house, any time he's not suitably impressed with what he takes to be effects or clever bits of misdirection, he expresses his disappointment about some standard bit of haunted house business that he's seen too many times in his life to count. Was Hirshberg not aware that he was practically begging his readers to make similar complaints about his story? Was that part of his point? I really don't think it was, and I'm left just feeling befuddled.

And remember when I said that one of the drawbacks of The Snowman's Children was that it was too earnest? Well, this next complaint is connected to that, although I'm not sure "earnest" is the right word here. But at one point, Roemer actually says the following:

Walking through a haunted house properly is a lot like making love.

Okay, well, that just about shreds it. If he'd said "Walking through a haunted house properly is a lot like fucking", I might have respected him more.

All right, well, that was a major disappointment, which is an odd thing to say about a story that isn't actually bad. When considered with other horror stories that revolve around Halloween night and haunted houses, it works perfectly well. I was just expecting more. I'm nowhere near done with Hirshberg -- not even close, really -- but I'll adjust my expectations accordingly next time.
Posted by bill r. at 8:54 PM