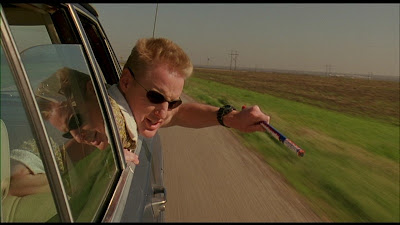 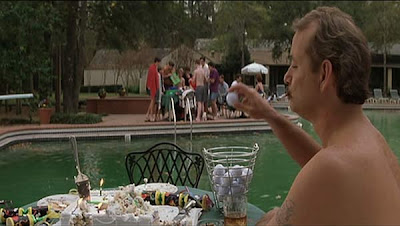 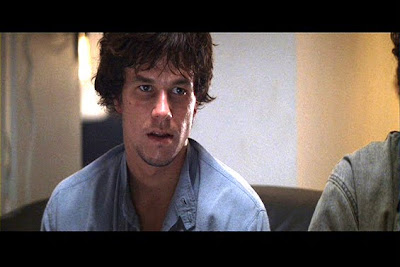 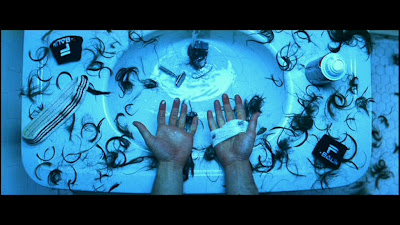 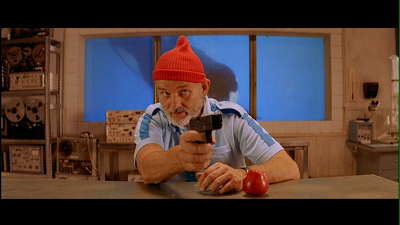 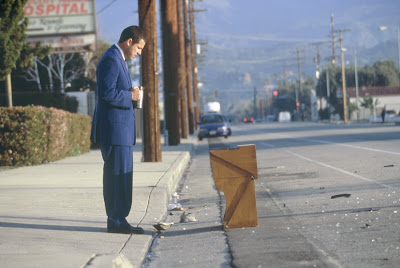 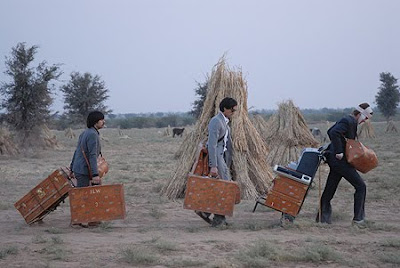 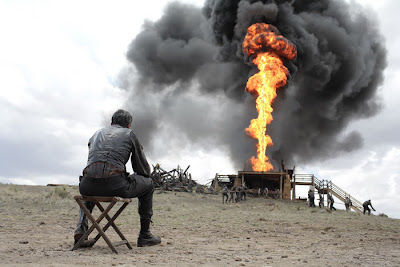 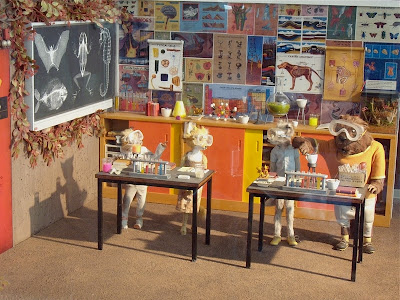 Interesting juxtaposition between what I've long ocnsidered to be two very different directors. Beyond the same last name, do you see any auteurial commonalities?

Re: auteurial similarities, not that I could put simply, or without putting more thought into it than I have or am currently prepared to do. But yes, sort of. Part of it probably comes from both directors coming up at around the same time and grabbing hold of me with about equal force. It's a personal connection, between the two, but I do feel like there might be something else. Granted, their last two movies can't really be more different...

I can hardly wait for P.T.'s animated movie. I hear it ends with a shower of frogs... that sing!

Clearly, as several hours have now passed, I have no response to you.

That's because it was so brilliant. I mean really, Magnolia ending with hordes of singing Michigan J. Frogs. It's inspired.

Scene: John C. Reilly swerves as a frog slams into his windshield. He hits the brakes and stares at its lifeless body, tab collar and miniature top hat as it slides down the window, cane in hand.

Suddenly he hears the distance strains of "Hello my baby, hello my darling, hello my ragtime gal" sung by a thousand voices. The chorus gets louder until the deafening roar of Tin Pan Alley is overwhelming. One by one, the voices are silenced as they slam into the ground at terminal velocity. Michigan J. Frog and all his kin are dead. The dream is over.

Great screengrabs. I wouldn't have thought to juxtapose them, but I think there are similarities between the two-- both create fantastic, surreal landscapes occupied by obsessives who are searching for love and connections they are often too emotionally shut off to make. Both use pop songs really well. And it's often the less acclaimed work of the two that is the most interesting (you know my feelings about LIFE AQUATIC, but I also think PUNCH-DRUNK LOVE is better than THERE WILL BE BLOOD).

What Brian said. Still, it wouldn't surprise me if their paths continued to diverge. I didn't expect THERE WILL BE BLOOD, and I have no idea what Paul Thomas Anderson will do next. I love Wes Anderson -- a lot -- but I don't expect that kind of curveball any time soon.

I bet you could compare the two ninjas fighting INSIDE TREE SAP in Paul W.S. Anderson's Mortal Kombat to the furry animals burrowing down in the ground in Fantastic Mr. Fox. Or, better yet, Sanna Lathan destroying the giant alien in Alien vs. Predator to Plainview beating the shit out of Sunday in Paul Thomas Anderson's TWBB.