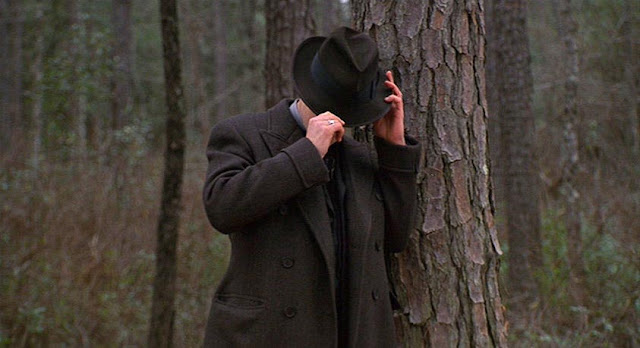 Hi! Sorry it’s been a while since I last posted a section of my List of Movies I Think are Just Terrific. But you know, sometimes things happen. And one of the things that can happen in these situations is that you realize that you made a terrible mistake the last time you put together one of these things. Such a mistake that you can get kind of depressed about it and wonder why you’re even bothering. These things happen every day, the whole world over. I guess it’s time for another edition of…
Beep-Ups, Biffs, and Oopses

Flags of Our Fathers (d. Clint Eastwood) – This one’s an honest mistake. I regret not including it in the last post, but oh well. I think it’s better than Letters from Iwo Jima.

Joe vs. the Volcano (d. John Patrick Shanley) – Shut up and leave me alone.

L’Enfer (d. Claude Chabrol) – I guess this should have been in the Es. Well anyway. Wrote about it here.

The Last Detail (d. Hal Ashby) – The one Ashby film (all right, there’s a couple I still haven’t seen) that I completely love. As perfect an execution, in style and especially performance, of its story and ideas as anyone could have brought off. Though of course not just anyone could have done it. Otis Young is the secret weapon.

The Last Hurrah (d. John Ford) – The last half hour is devastating. Ford gives everyone their moment.

The Last of the Mohicans (d. Michael Mann) – Speaking of last half hours…

The Last Waltz (d. Martin Scorsese) – Would make the list for “Caravan” alone.

The Last Wave (d. Peter Weir) – Wrote about it here.

Le Bonheur (d. Agnes Varda) – And this is building to its final chilling shrug.

A Legend or Was It? (d. Keisuke Kinoshita) – A great, brutal reckoning with Japan’s war crimes. 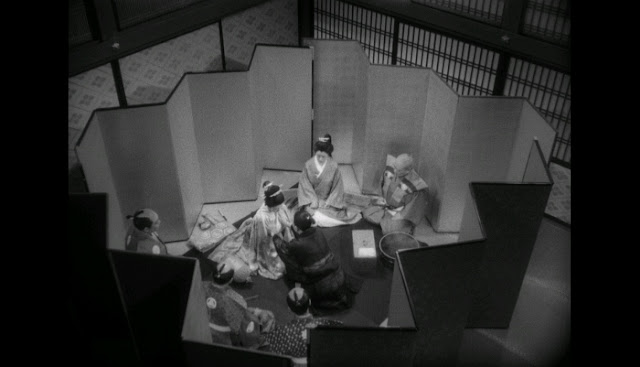 The Life of Oharu (d. Kenji Mizoguchi) – Wrote about it here.

Like Someone in Love (d. Abbas Kiarostami) – Wrote about it here.

Lips of Blood (d. Jean Rollin) – Wrote about it here. Say, this part of the list is pretty easy!

Listen to Me Marlon (d. Stevan Riley) – Brando, well beyond stardom and in the realm of Legend on Earth, trying to hypnotize himself into not eating so much apple pie is one of the most heartbreaking and humanizing things I’ve ever seen (well, heard).

Little Shop of Horrors (d. Frank Oz) – The studio edit of this would have made the list, too, but Oz’s cut that finally appeared on the Blu-ray release is pretty jaw-dropping.

Logan (d. James Mangold) – I just saw this recently but you know what, I’m gonna go ahead and add it to the list. I enjoyed it that much.

The Loneliest Planet (d. Julia Loktev) – Before seeing this, I’d heard that the film hinged on a single moment. I didn’t know what it was, and when it happened I was all “Oh shit…”

Love and Death (d. Woody Allen) – The best of Woody Allen’s early absurd comedies. Allen arguing with a ghost about how much a watch is worth makes me laugh every time.

Malcolm X (d. Spike Lee) – In the genre of “birth to death” biopics, a subgenre of the biopic which excludes almost all the good ones, this is the great one. It’s immense. 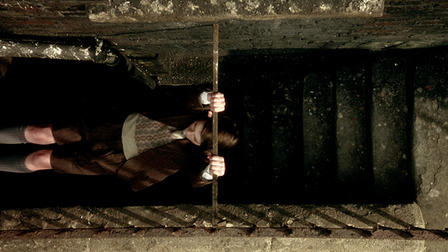 The Man Who Knew Too Much (d. Alfred Hitchcock) – The 1956 one. As others have pointed out before me, one of the fascinations of this movie is the prickly nature of Stewart and Day’s marriage. They seem like real people, which therefore serves the suspense, and so on. Hitchcock knew what was up, is what I’m getting at. 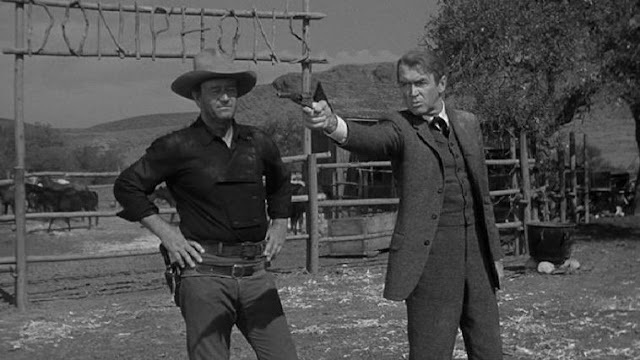 The Man Who Shot Liberty Valance (d. John Ford) – Possibly my favorite Ford movie, though it’s getting harder to pick these days. In any case, goddamn is John Wayne superb in this.

The Manson Family (d. Jim Van Bebber) – Don’t take this film’s presence on this list as a recommendation, necessarily. And Van Bebber seems like a real asshole. Wrote about it here.

Marathon Man (d. John Schlesinger) – This would be immeasurably better had they kept the original ending from William Goldman’s novel, but even so, pretty great stuff.

Margaret (d. Kenneth Lonergan) – An epic film set in the present day, with almost everything that happens occurring within maybe a few square miles. That’s one of the things that makes it seem so rare.

Martin (d. George A. Romero) – Wrote about it here, a little bit, sort of. Romero’s masterpiece.

Master and Commander: The Far Side of the World (d. Peter Weir) – It’s a perfect film. There is nothing wrong with it. No mistakes were made.

The Master (d. Paul Thomas Anderson) – Wrote about it here.

McCabe & Mrs. Miller (d. Robert Altman) – See my entry for The Long Goodbye. And it’s interesting how a guy like Altman couple publicly disdain things like plot, even story, yet still construct one of the Western genre’s most suspenseful sequences.

Melancholia (d. Lars Von Trier) – Pretty ingenious in conception, and gorgeous in execution. I apologize to Kirsten Dunst for not realizing how good she is.

Messiah of Evil (d. Willard Huyck) – Supposedly, Huyck had no interest in horror movies, but it was easy to get them funded and he wanted to make a movie. It should humble contemporary horror filmmakers to see how many chances, Huyck took.

Miller’s Crossing (d. Joel and Ethan Coen) – It’s not going too far to say that in 1990, cinematically speaking, this movie changed my life. And twenty-seven years later, it’s just as great.

Million Dollar Baby (d. Clint Eastwood) – I was down on this when I saw it in the theater. I rewatched it not long ago, and holy shit, I am sorry for my earlier opinions.

Mishima: A Life in Four Chapters (d. Paul Schrader) – The most visually inventive Paul Schrader has ever been, and the most complex film he’s made. It’s unbelievable that a studio distributed this.

Modern Romance (d. Albert Brooks) – Packed with some of the greatest comic sequences in any film, almost like stand-alone sketches, but which hang together as part of the larger film. Unimpeachable. “Try the box, you’ll like it.

The Most Dangerous Game (d. Irvin Pichel, Ernest B. Schoedsack) – Fun as hell.

Mr. Turner (d. Mike Leigh) – Not the film I was expecting, nor the performance I was expecting from Timothy Spall. It’s wonderful to be surprised by biopics that are weird and unsettling.

Munich (d. Steven Spielberg) – Some of the best direction of Spielberg’s career. His eye for violence, his sense of its power, meaning, horror, and occasional necessity is unlike any other filmmaker at his level.

Naked (d. Mike Leigh) – With just a nudge, this could have turned into an arthouse horror film.

Nightmare Alley (d. Edmund Goulding) – I will admit to wishing this had ended maybe one minute earlier. The line it should have closed on is still a punch in the face, though.

The Ninth Configuration (d. William Peter Blatty) – The spiritual flip of The Exorcist. But same investigation, and same conclusion.

No Country for Old Men (d. Joel and Ethan Coen) – The aesthetic thrill is still there, but this film now depresses me so much that the last time I tried watching it, I couldn’t make it through. This is a compliment. 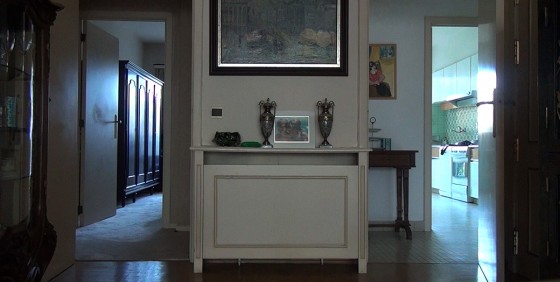 No Home Movie (d. Chantal Akerman) – I think I’ve been doomed to think about this film once a day for the rest of my life. And the guy who says this doesn’t count as a movie can fuck off.

Nosferatu – Phantom der Nacht (d. Werner Herzog) Wrote about it there (sort of).

Notorious (d. Alfred Hitchcock) – Of Hitchcock’s truly great films, this seems like the most underappreciated. Watch it again, it’s stupendous.

Uh, Fred Ward played Hoke. Though, the idea of Fred Willard in that role made me laugh.